On Wednesday, 04-21-21, I briefly stopped at the nest before continuing on to look for Give a Hoot, the male Great Horned Owl. I found one of the owlets above the nest on a branch. The other one was on the nest. 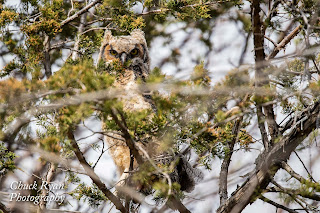 Give a Hoot (The male Great Horned Owl)

On Wednesday, 04-21-21, after checking the Great Horned Owl nest site I went looking for Give a Hoot, the male Great Horned Owl. I found him over a half mile as the owl flies from the nest.

I’ve been sitting at the nest for the past several evenings for at least 3 hours until sunset or a little after and I hadn’t seen or heard him.

I located him in the conifer tree that I use to find Hoot, the female, on many days. This tree now appears to be Give a Hoot’s main roosting tree as this  is the third time I’ve found him in it this past week.

When I saw him from a long distance away I set up my tripod and camera and took a few shots to look for any unwanted distracting branches. I included this first photo of him facing more to the center of the tree. He must have come in “hot” after “A hard Days Night”. :) He hasn’t bothered to change position on the branch to face outward.

Although, he appears to be sleeping in my first shot he certainly knows I’m around. Once I get some shots I start moving closer to him. I actually moved the tripod at least 5 times to get closer and to get a couple small distracting branches out of his face. My final position was about 25 yards from him. I was also going to take some video, but with my 500mm lens with my 1.4x teleconverter I couldn’t’ fit him completely in the frame.

I located him around 1630 hours and watched and waited for him to wake up to give me some photo opportunities. I stayed with him until 1845 hrs.

Eventually, Give a Hoot saw someone with a dog walking through the woods. He stood up tall to make himself appear smaller and he changed position on the branch in case he needed to make a quick getaway, but after that it was time to close his eyes again.

Another time he woke up and was eyeing a turkey that was slowly walking near him.

Give a Hoot went through his wake up routine a couple times before he eventually woke up for the day and flew to another tree overlooking the direction where the female turkey was walking around.

This was the first time in a while that I’ve actually watched Give a Hoot wake up and not make any territorial calls.

Give a Hoot gave me many photo opportunities while I watched him. Here are my images which there are a few. I tend to post my images of the same subject all at a time instead of posting one or two over a period of time from the same day. I’m usually looking for my next photo session. 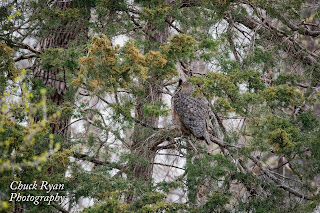 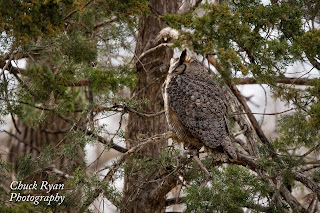 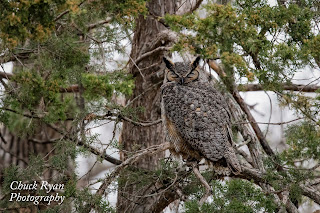 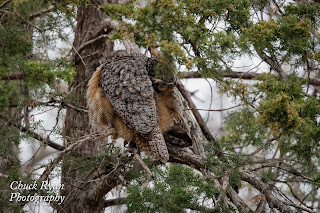 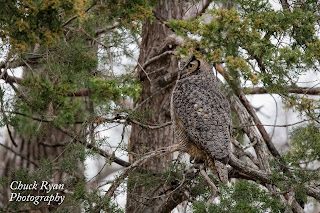 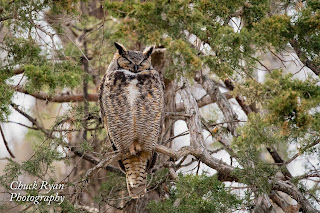 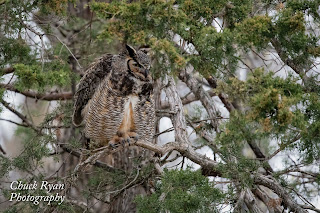 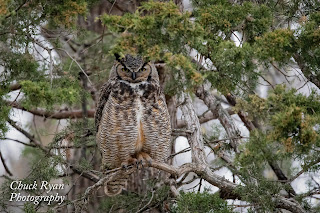 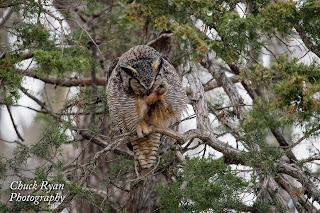 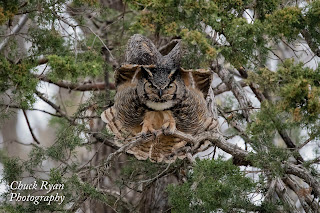 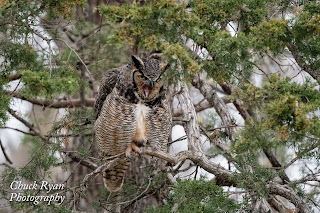 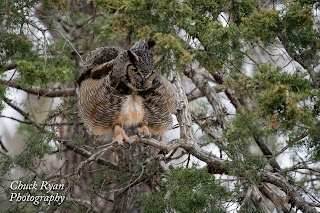 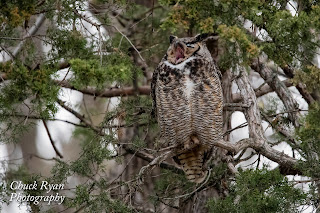 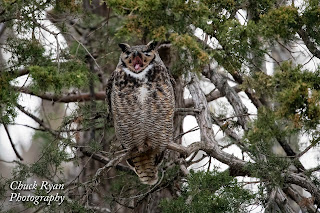 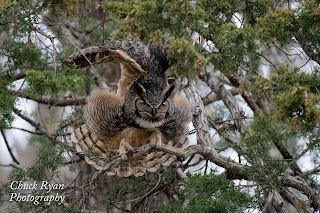 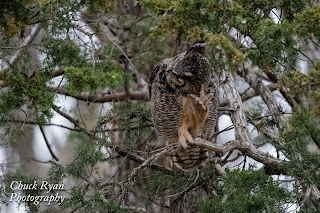 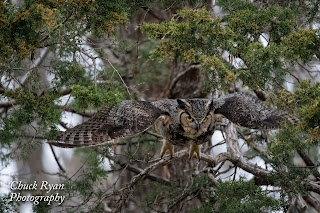 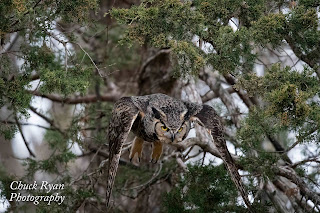 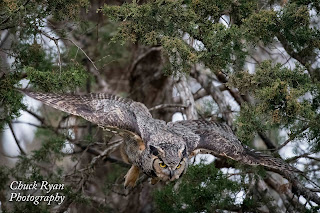