Three months ago I injured my right shoulder. I was photographing a live event when it happened. I was squatting down shooting from a low angle, when I pulled myself up using a pole/support from that position with my right arm. Next thing I heard was a loud pop (or at least I heard it) and about one minute of intense pain in my shoulder/arm. It actually kind of stunned me not knowing what the hell just happened.. My initial thought was that I pulled myself up with my right arm at an awkward  angle, but I knew it wasn’t that because the pole/ support was directly in front of me. I assumed I pulled my shoulder out of the socket and that it went back in. After a minute or so I could still move my arm and although I had some pain it wasn't unbearable, so I continued shooting.

I recall the shoulder was quite painful for a few days afterwards, but I was still able to do just about everything I did before. I never had any bruising in the arm. I lifted weights although lighter than before because I still had pain. I continued photographing live events and in the studio. My shoulder would get a little bit sorer than it was beforehand. Eventually I stopped working out/ lifting weights because the pain just wasn’t going away. I thought I just needed to rest the shoulder. I still wan’t able to sleep on my right side...my favorite side :( There were several times over the three months while I was moving around in bed at night trying to get comfortable on my right side that I would move my arm to far upwards which would cause me to remember that my shoulder wasn’t right....those were the times of sharp acute pain.  The sharp pain would cause me to wake completely up.

Well, I finally made an appointment to see the doctor who did my surgery on my right elbow in 2004...back when I was racing canoes. I made the appointment for Monday morning, 12-17-12. The doctor looked at my right bicep and saw what he referred to as a “popeye muscle”. I told him I hadn’t noticed it and I don’t know when that happened. He told me it probably was when I started having my pain. After going through all of different tests he told me that I tore my “long head” bicep muscle tendon at the shoulder, but he couldn’t tell if I damaged my rotator cuff. I could get a shot of cortisone and do physical therapy to see if the shoulder got better. I elected to have an MRI done to see if there was anymore damage done. I was thinking if I needed surgery to do now instead of later. Although, either way it would totally screw up my plans having my arm in a sling for 6 weeks and the additional recovery time.

Luckily, I was able to have a MRI done later that afternoon. On Wednesday, 12-19-12, I went back to the doctor to get the results of the MRI. The bicep tendon tore completely away from where it attaches at the bone in the shoulder. The rotator cuff was intact. The doctor didn’t recommend surgery...which was good news, but in the back of my mind I have this loose end of my bicep somewhere down my arm.

Today, 12-21-12, I had my first physical therapy session to get some specific exercises for the rotator cuff muscles. I let the physical therapist read the report from my MRI. In the bicipital groove there may be a few fibers from the tendon otherwise it was a clean tear. The other thing the physical therapist saw that was good news was the glenoid labrum appears intact.The way he explained that was it’s the cartilage in the shoulder joint similar to what the menial meniscus does in the knee.

The physical therapist gave me a couple examples of two professional athlete's, John Elway and Brett Favre, and their bicep injuries. If interested you can look it up. So I’m feeling better knowing that I really don’t need to have surgery...until today I just kept thinking to myself I have this unattached tendon...shouldn’t it really be attached....

Once I left the physical therapist office I headed to the health club for a workout...now when I feel the pain in the shoulder I know I’m not doing any additional damage to it...now I just need the pain to go away.

On Saturday, 12-15-12, I decided at the last minute to head downtown for another walk. It had been misting and it looked like it was going to continue so I put on my Cabela's Rainwear Jacket...the same one I was wearing in the snow storm a week earlier.  I was hoping to walk more in the downtown area to take more shots of the buildings, but it started raining harder so I couldn't point my camera up toward the sky.

During the week I also posted some images that I took in 2009 on my Facebook page... Here are those older images: Night Photography in 2009 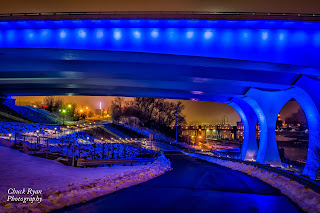 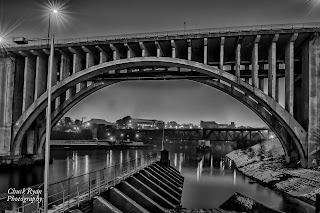 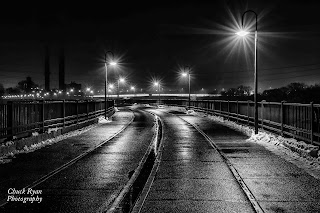 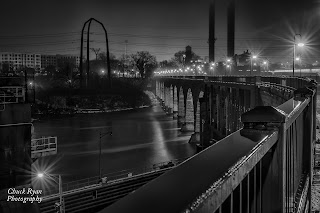 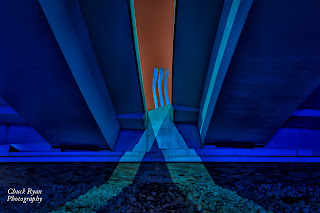 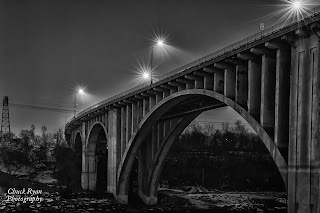 I've update my Minneapolis at Night gallery with some images on my walks on Friday, 12-07-12 and 12-09-12. All of these images have been taken in the last three weeks. 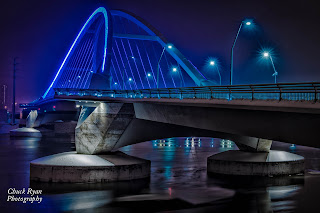 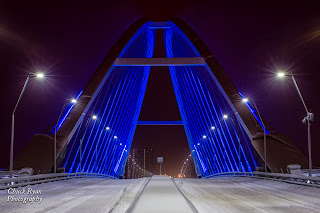 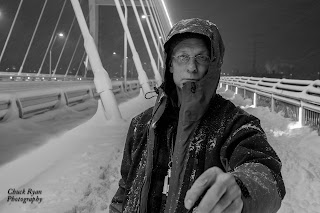 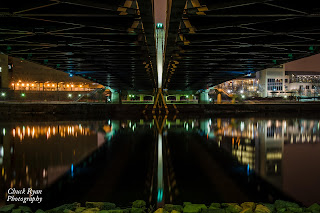 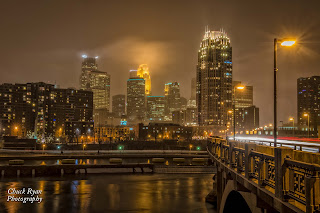 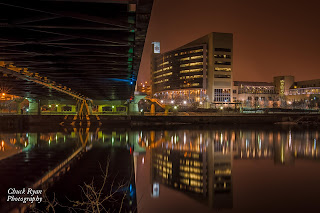 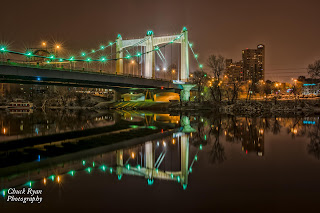 Chuck Ryan Photography (Model Mayhem)
Posted by CIIcanoe at 10:31 AM No comments: