Today, Sunday, 11-28-21, I went out looking for the owls. I spent about 1 1/2 hours walking around and didn’t find them, so I sat for another hour listening. Again, I didn’t hear any, but I got a couple shots of two different squirrels while seated. The one squirrel heard my shutter and I could see the look in his eye…”uh, oh”.

On my way out I came across a couple nice bucks. The bigger one is an eleven point buck. I’ll have to check my photos of deer from last year to see if Ive photographed this 11 point before. I thought last year I photographed a 12 point, but I could be wrong.

While walking around looking for the owls I found some fairly recent white wash, so I know they’re around. 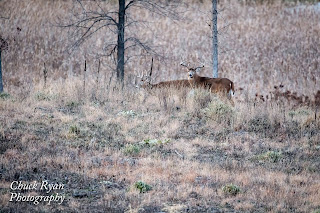 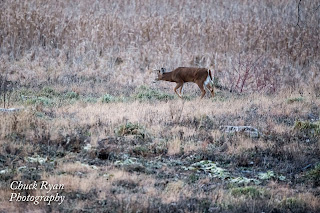 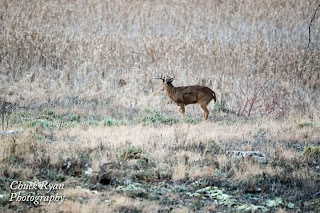 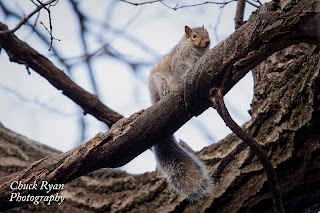 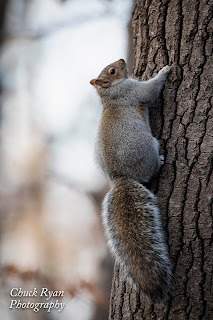 Posted by CIIcanoe at 7:11 PM No comments:

On Sunday, 11-14-21, I went out to look for the owls. Either the Great Horned Owls or the Barred Owl. I haven’t seen the Barred Owl yet this fall.

It took me about a half hour before I got to the Great Horned Owl territory. I could hear some blue jays making a lot of noise in the distance, so I figured they saw something. They were probably 30 to 40 yards away from me.

I had just turned off my GoPro talking about the blue jays when along comes one of the Great Horned Owls flying my direction. It lands in a red cedar tree about 25 yards from me. There was a large oak tree between the owl and me, so I was able to get my camera and lens out of my backpack without my movements being to noticeable to the owl. It certainly knows I’m there.

We were both looking each other over. :) I took a few handheld shots from where I was standing. I posted one of the first shots I took of this owl and it had made itself look thinner after landing in the cedar tree. It wouldn’t take long before he relaxed. I recognized the owl as, Give a Hoot, the male. Once he got relaxed I decided to get my tripod out and moved over alittle to get a slightly better angle.

When I got set up and took some video I noticed I couldn’t fit him completely in the screen. I waited a little longer before I moved back a little further. During the two hours I spent with him he mostly slept, although a few times his head would quickly turn in the direction of something he heard.

It was a little past 1600 hrs when he opened his eyes and immediately flew from his perch. I watched him meander throughout the woods and then out of sight. The area that I last saw him was the way I walked into this part of the woods.

It was less than a minute that I grabbed my tripod and camera and took a few steps toward my backpack laying in the snow when either this same Great Horned Owl or another one landed in another tree 10 yards away. I couldn’t immediately tell from my vantage point directly below it which owl it was. I took some shots while I walked underneath and then further away to a better angle/location.

It wasn't until this owl gave some territorial calls that I realized it was Hoot, the female. She was actively hunting when she landed near me. While photographing Hoot three little does came over and appeared curious on what I was doing in their woods. They stuck around while I got a couple shots. It was close to 1630 hrs when I decided to walk back to my gear.

While I walked back I heard the territorial call given by the last owl…it was Hoot, the female. She hadn’t finished her call when the male GHO, Give a Hoot, called back from the last location I saw him fly. They went back and forth calling to each other. I got back to my tripod and put my camera back on it and was able to record a few more calls that are included at the end of the video. While listening to them while standing at my tripod I saw Hoot fly further away into the woods.

It was another magical day in the woods with Give a Hoot and Hoot. 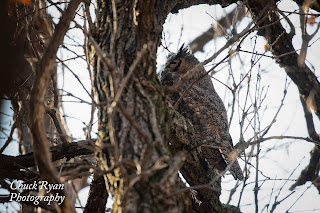 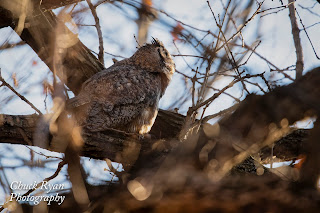 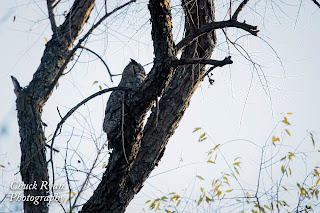 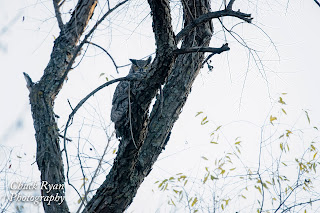 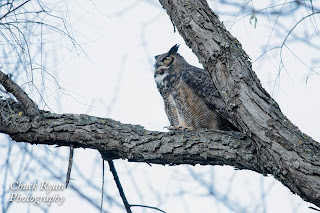 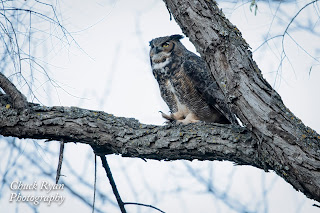 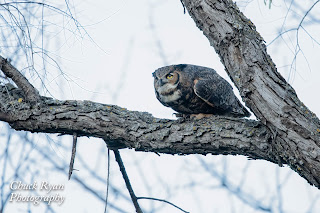 Posted by CIIcanoe at 6:34 AM No comments:

On Sunday, 10-31-21, I went out looking for some owls. It took me 1 1/2 hours to find this Great Horned Owl. I watched it for the next two hours. Most of the time it slept. Once it woke up it did a couple stretches and jumped up to another branch above her to begin looking for a meal.

Since I photographed this GHO I now know its Hoot, the female Great Horned Owl. The day these photos were taken I thought this may have been the male. 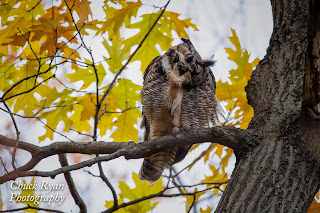 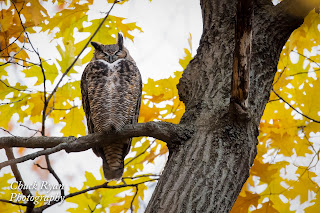 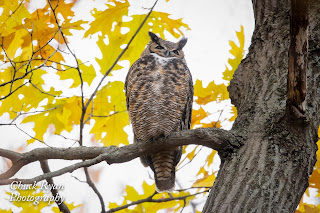 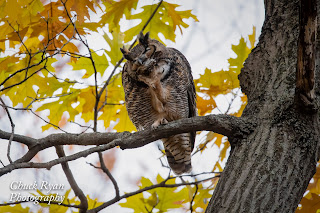 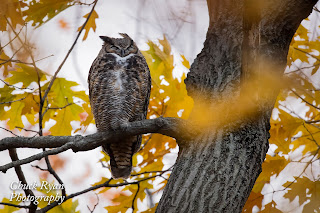 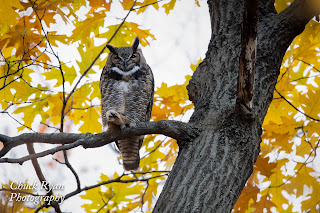 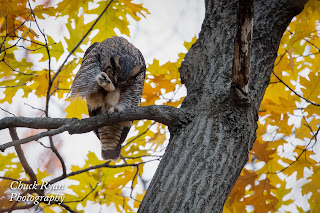 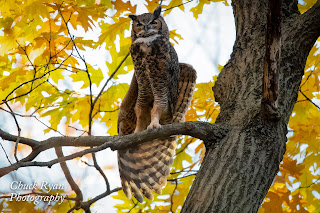 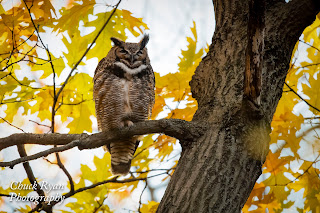 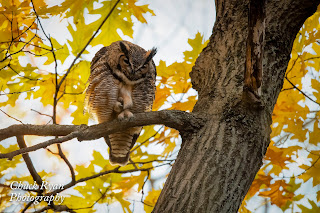 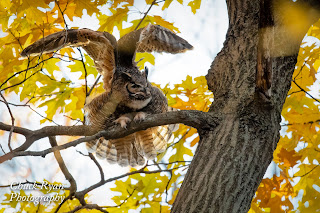 Posted by CIIcanoe at 6:41 PM No comments: