Miranda Knox is a fire performer down at Mallory Square during the nightly Sunset Celebration in Key West. Last year I photographed Miranda and her friend who were performing together. We became Facebook friends and I have had some FB contact with her during the past year.

I've been going to The Keys since 1999. My father has a place in Key Colony Beach near Marathon. For the past several years I've been driving, so I can take some of my on-location lighting equipment...Elinchrom Ranger and Quadra battery packs with some different light modifiers.

I do a fair amount of low light photography... I also have done some photographing of fire, but never using any type of off camera lighting. I'm not sure what made me think of photographing some fire other than wanting to photograph more people instead of just another sunset while on vacation. I've done enough sunsets to last me a lifetime... unless I have a person in the foreground.

I messaged Miranda about the idea of doing a couple different photo shoots.  One of the shoots would involve her performing with fire and..... being nude. Miranda got back to me and said she would be happy to do it. She said she had a possible location for the shoot, but would check to see if she could find another location with an easier access.

While I was in Cape Coral, FL I received a message from Miranda with a new location she thought would work. I located it using google maps and it in fact appeared it would work and best of all we could drive to it.

She also said she couldn't find a studio or larger indoor space for our other shoot, but a friend of hers offered his home in the Old Town area of Key West. This wasn't what I had planned to do...I was wanting to do some bodyscapes, but I agreed to do a photo shoot there. So we planned to shoot at the private residence on Monday, 02-16-15 and do the fire shoot on Tuesday, 02-17-15.

On Monday, 02-16-15, I received a phone call from Miranda who said she was in Miami and would like to switch our shoots around and do the fire photo shoot later that day.

We both arrived at the location a couple hours before sunset. Actually Miranda was waiting for me for awhile. She decided not to drive to Key West from Miami, then back to the fire shoot location.

Miranda had her hoops with her so we took some images of her in the daylight using the hoops while waiting for it to get dark to begin our fire photo shoot.

When we were done with the hoops I began setting up for our fire shoot. I used my Elinchrom Ranger with my Elinchrom MaxiLite reflector with a grid. I gelled the light with about 1 1/2 CTO. In my head I had planned to use my Elinchrom 39" deep octa, but it was too windy, even with sand bags on my Avenger boom stand. I did a couple test shoots with the MaxiLite  without the grid, but I felt there was too much light spread on the ground.  On went the grid which took care of that problem.

I exposed for the fire, then adjusted the flash to light Miranda.

The images in the two galleries are NSFW....

Again, this was my first time photographing fire using off camera flash... I hope to do this type of shoot again to experiment with some different exposures. 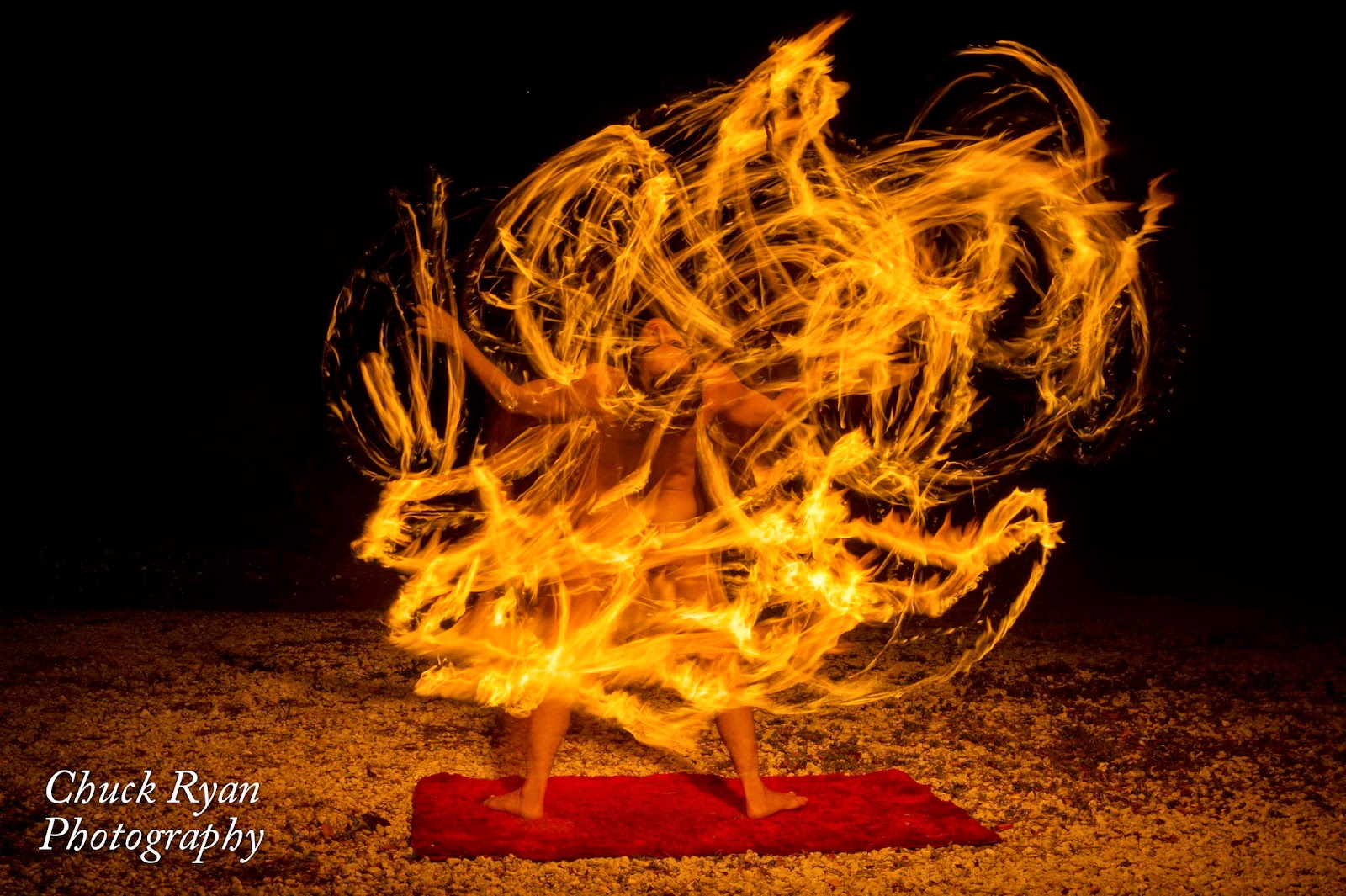 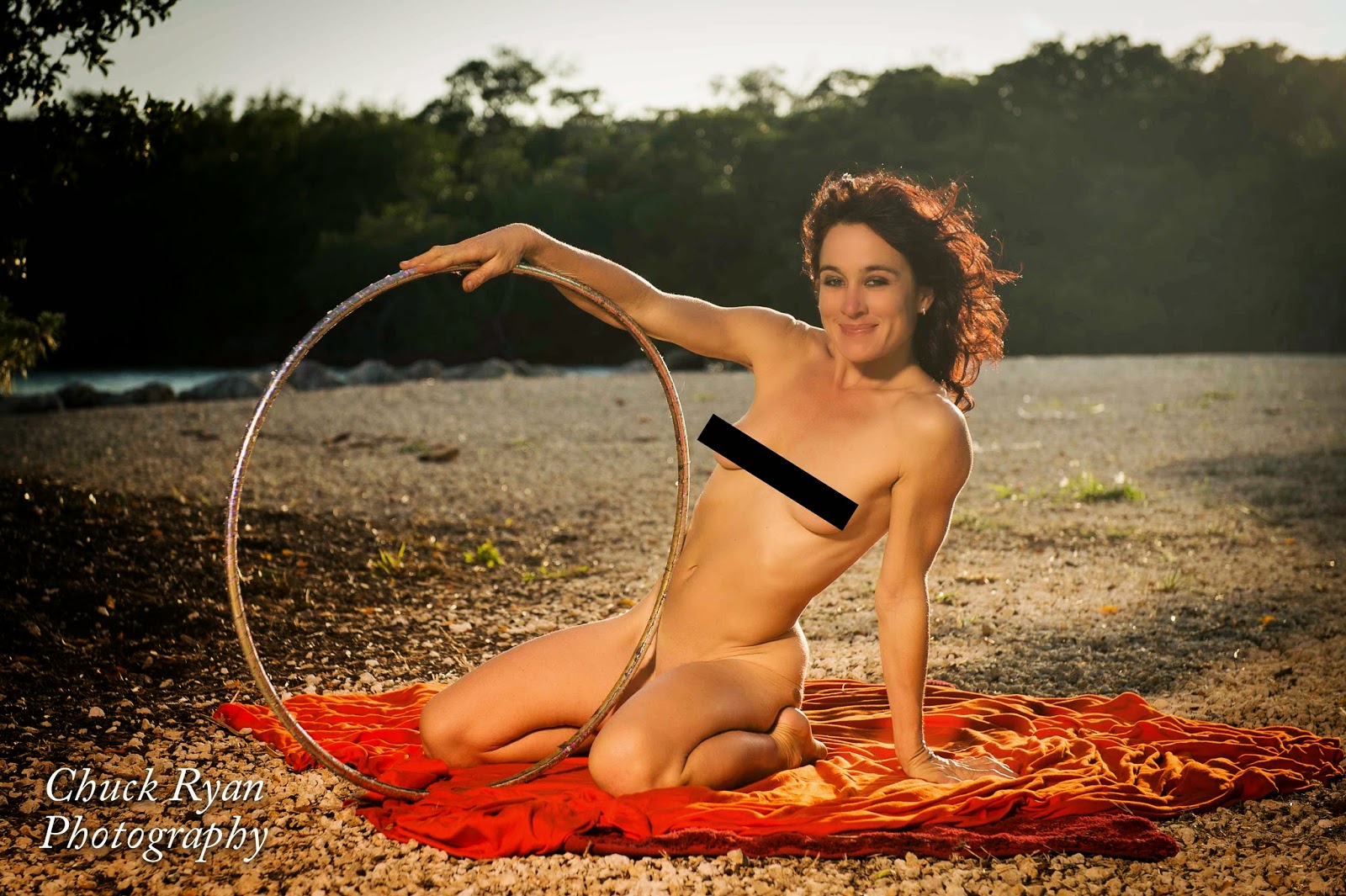 Posted by CIIcanoe at 9:12 AM No comments:

While I was in Florida I was contacted by RAW: natural born artist to have some of my work showcased at their event in Minneapolis on 04-29-15. Tickets for the event can be purchased at the url at the bottom of the flyer... here it is also...

I'll have some fine art nudes, night photography and some images of Florida on display. All work at the show will be for sale. Most of the Fine Art Nudes work will be 16" x 24" on canvas... the other images will be framed. If you make it to the event make sure you stop by and say hi..... 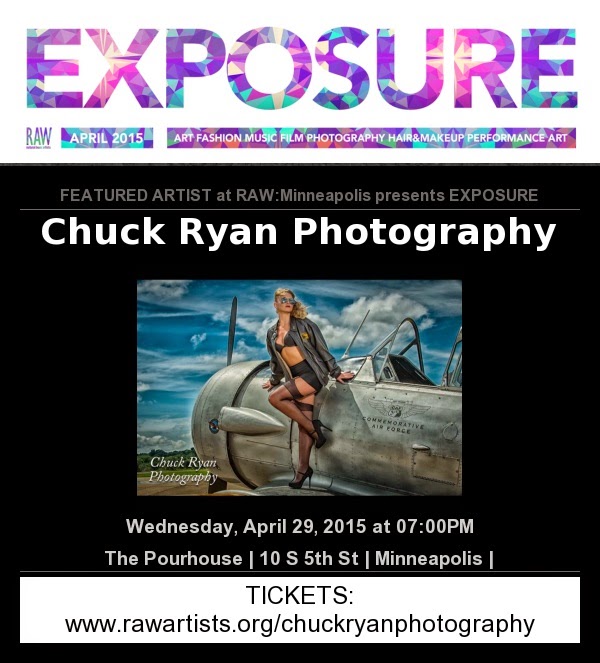 Posted by CIIcanoe at 6:20 PM No comments: