There was a light rain falling Friday morning, 04-09-21, when I went out to do my daily check of Hoot, the female Great Horned Owl, and her two owlets.

While I was a little ways from the nest I thought one of the owlets was already branching. It was earlier than I thought, since I figured it was going to happen next week. When I got closer I realized it was Hoot perched next to the nest.  The branch she was perched on was the branch she would jump to just before flying off the nest. Maybe she’s keeping those two crazy kids from falling out of the nest before it was time.

I took a couple shots of them before packing up the camera to go find Give a Hoot, the male. Yesterday when I found him he was sleeping. Today was no different just in a different area. I set up my tripod with my camera and lens. He didn’t even bother to open his eyes to look at me while I was there. I took a couple photos of him while he was perched on the same branch as a couple days ago when he let out a big yawn. Well, that was my action shot for the day. I’ll come back later when the adults are awake. 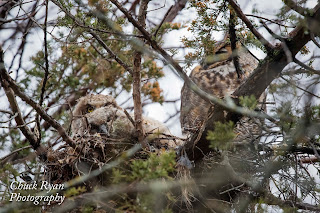 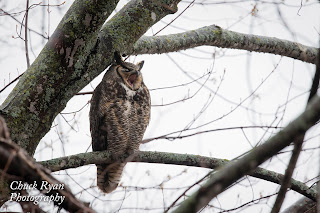 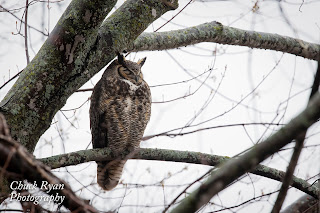 I went back out to visit with Hoot, the female Great Horned Owl, and the gang in the afternoon on Friday, 04-09-21. Earlier in the morning both Hoot and Give a Hoot, the male, were sleeping so I wanted to go back out to get some more video of Give a Hoot.

When I got to the nest I saw the two owlets were awake. Hoot had changed her position and was now perched above the nest. I took a few photos before moving on to look for Give a Hoot.

Give a Hoot wasn’t perched in the same tree where he was sleeping this morning. I checked around and found him in a slightly different area. He was a distance away from me across a body of water facing the wrong direction…for me.

It didn’t look like I would get any video of Give a Hoot, but decided to put on my 2.0x teleconverter with my Nikon 500mm f/4 lens to see what shots I could get from my distance. After taking some photos from the side I walked through some shallow water to his front. Although, I was closer to him there were a couple distracting thin branches in front of his body for a clean shot. I would need my canoe to mover any closer to him. I was standing in about 6 inches of water and didn’t have the correct boots on to stand there for a couple hours.

I walked by Hoot and her owlets on way out of the woods. I’ll come back another day for some more video.

Here are the images as described in the narrative… 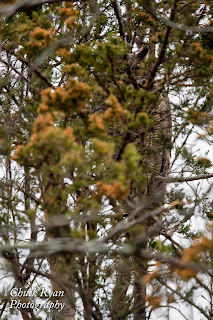 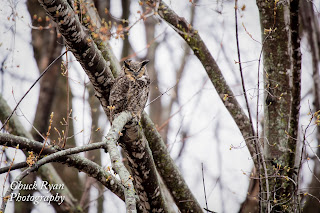 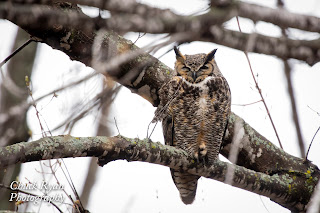 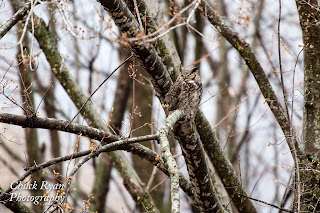 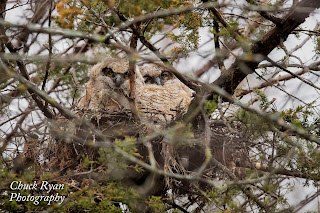 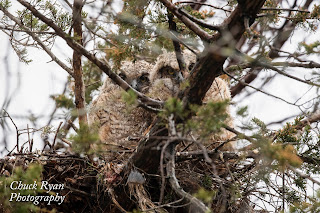