On Monday, 04-19-21, I sat out at the nest for over 3 hours observing, photographing and taking video.

Hoot, the female, remained hidden several feet above the nest until 2005 hours which was just around actual sunset time. This has been the latest she has stuck around the nest for some time. She made some low squawks to the owlets, but didn’t drop down to see them she just flew off to do some hunting.

Walking to the nest before 1700 hrs I quickly checked the immediate area for Give a Hoot, the male, but I didn’t see him. Although I only looked for him if he was perched in one particular area.

The owlets seemed to be very curious when I first got there watching the other birds flying overhead. After doing that for a while they decided to rest before starting up and doing some grooming. They spent a lot of time grooming, followed by brief periods of resting.

I found it interesting to see both owlets biting each others beaks at 1735 hours. I didn’t check to see how long they actually did it, but it was the most time I’ve seen them do it at one time.

Shortly before Hoot flew off I got to see both owlets branching around the nest. It was just 2 days ago that the oldest owlet branched. Today makes sense that the other one would have started, since eggs are laid and hatched on average two days apart. 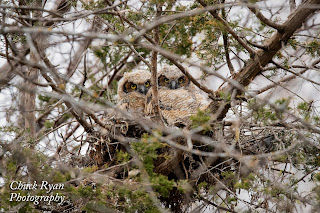 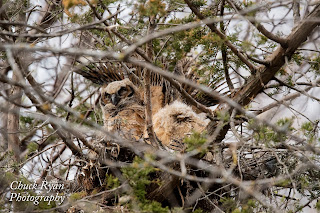 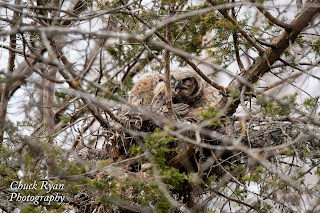 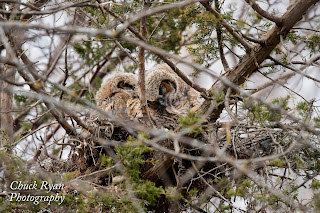 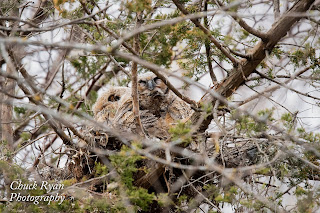 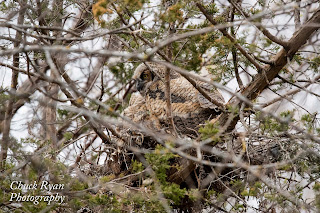 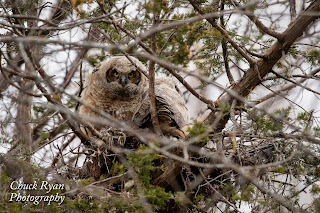 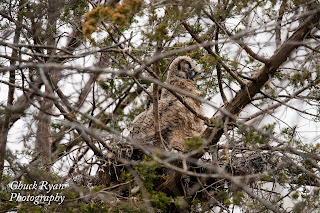 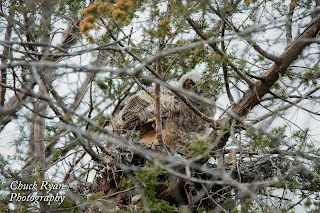