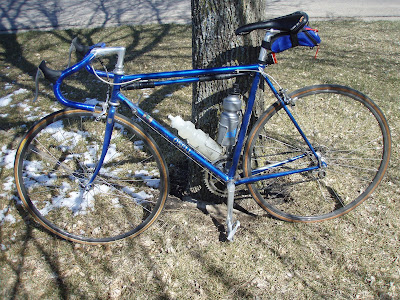 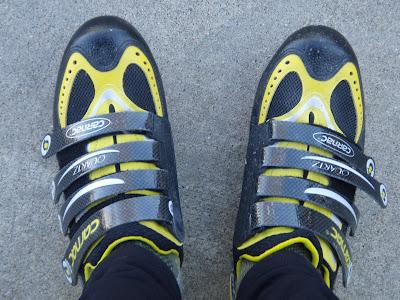 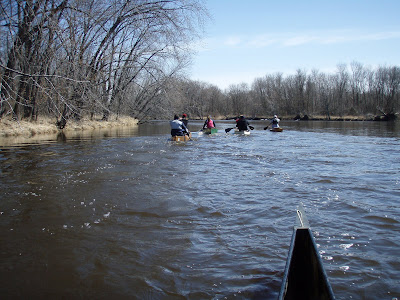 This is what happens when I took the picture and I'm sticking with that answer. 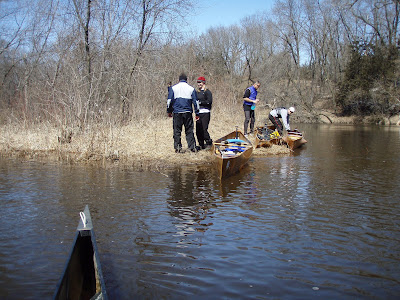 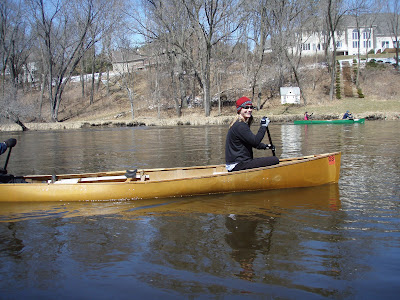 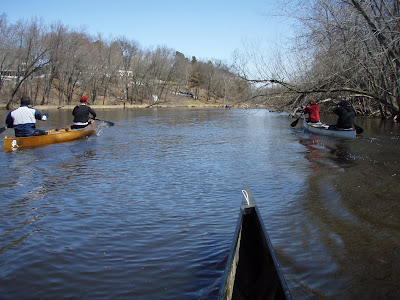 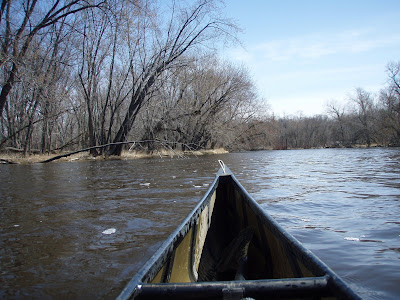 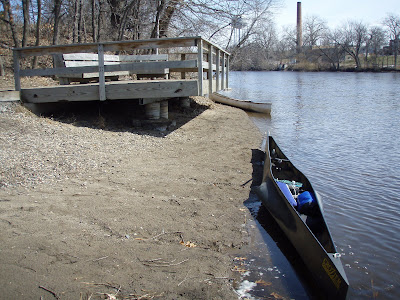 I worked until 0200 hours this morning and got to bed around 0300 hrs. Woke up around 0900 hrs and took my time with breakfast and coffee.

I put the C1 back on the suburban now that I think spring is just around the corner. I decided to paddle the Rum River out of Anoka next to the Fairgrounds. The Rum River just opened up in the last couple weeks.

I got there around 1130 hrs or so and there were some other racers preparing to paddle. I spoke to Rick Lorenzen and Ed Arenz and said hi to Steve and Bonnie Peterson before taking my canoe down to the water. The water level was a decent level with a mild current.

Today, there were four C2 and two C1 on the river. Some of them were on the river earlier and returned and John and Kathy Sullivan were still out paddling.

There was Steve and Bonnie Peterson, Emily Peterson and Andy ?, Steve Yurista and George Strickland (?), Ed Arenz and Julie in the C-2’s. Ryan Peterson and I were each in our own C-1’s.
Steve Peterson is the son of the late, great “Buzzy” Petersen. “Buzzy” Peterson won the AuSable Marathon four times in 1963, 1964, 1965 and 1971. Steve Peterson raced with his father, “Buzzy”, in the AuSable Marathon in 1967 and they took 2nd place, in 1968 they took 3rd place, and in 1971 they took first place with a time of 15:36.40. “Buzzy” also race the La Classique in Quebec winning that race in 1955, 1956, 1957, 1958, 1959, 1960, 1961, 1962, 1964 and 1965. “Buzzy” was a dominant figure in marathon canoe racing in his day.
Bonnie is Steve’s wife and two of their children are Emily and Ryan. Emily and Steve raced the AuSable Marathon last year and came in 22nd place with a time of 16 hours, 17 minutes and 41 seconds. Both Steve and Emily told me today that they were feeling pretty good up until the last hour and a half of the race.
John and Kathy Sullivan came past us while we were paddling up stream.
We all paddled up stream to the island/sand bar where we took a 10 minute break to grab a bite to eat, drink and socialize. No one was going up stream any further so I paddle back downstream to the landing with them. Jason Larsen and I believe I heard the name, Mike, were just starting out for the day as we got close to the landing. Total paddling time was 2:05 for me. I don’t include any break time as paddling time.
The skies were sunny, but there was a cool northerly wind that was cool on the hands while going upstream for those of us who didn’t wear gloves. The temperature at the start was 41 degrees not including the wind chill. Over all it was a nice day to be on the water.
This was the first time this year that I paddled the Rum River. During the week I go on the Mississippi River which is closer to my home and I’m not in traffic very long compared to trying to get across the Champlin/Anoka Bridge in rush hour traffic. Those of you who know the area know what I’m talking about.
I went home and got dressed to go biking. I got out my road bike and went for a 2:30 ride. It felt good to be back on the road bike, again. It still was in the lower to mid 40’s but I was dressed for it. The blue skies made up for the coolness in the air.
I had a very good day. I’ll probably sleep pretty good tonight.
The pictures aren't in the order or place I would like them, but I'll have to figure it out another day.
Chuck

Great pictures Chuck. Glad to hear you might join us at some races this summer! See you on the water.
-Anna

Thanks for kind words about the pictures. I do plan to do some races as well as getting to "Monday Night Rookies" a few times this year.