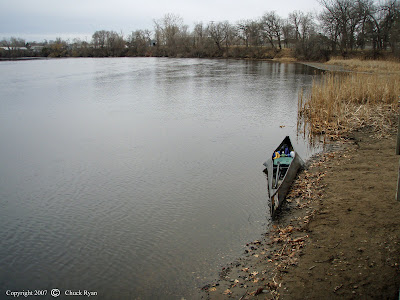 Full day of paddling and biking…

Yesterday after work I went to the health club and had a very good lift. I was there 2 hours and nineteen minutes.

This morning I got up and had breakfast and enjoyed my Guatemala coffee. Since I didn’t have to work today, I spent some time on the computer checking e-mails and some different websites and making phone calls.

There are three guys who are looking for a 4th paddler to do a 2 week trip to Wabakimi Provincial Park in August. I received an e-mail from one of them with an itinerary, food list, and the route mark on a map. I then called and spoke to another one of the paddlers in Kansas about the trip. I told him that I was serious and I would put in for the days off this Monday and that I should know by Tuesday. It shouldn’t be a problem getting the days off. We made arrangement to speak this coming Friday. He did tell me that there was another person that was interested. Well, I should know if I’m going in about a week. It appears this is about 140 miles of canoeing. We will take the train to the put-in and two weeks later be picked up by plane.

I am also tentatively planning an 8 to 10 solo canoe trip to the Woodland Caribou Provincial Park in June.

I will write more about these two trips once I know for sure that I’m doing them.

This morning was cloudy, 44 degrees and the forecast was for rain. I decided to go to the Rum River and paddle today. I was on the water by 0944 hours. When I start there I almost always start going upstream. It wasn’t too long before I saw an aluminum canoe coming around the bend and I could see that both paddlers knew how to paddle and were in sync with one another.

It was Doug Berg in the stern and Dave Dahl in the bow. They were out practicing for one of the aluminum classes in the upcoming Snake River Canoe Race. They told me they didn’t expect anyone on the river this morning so they thought their secret was safe. Well, when they said that I snapped a picture.

Right after I saw them it began a light sprinkle. I pulled over and got my rain jacket out of my dry bag then the rain stopped. It never did rain anymore while I was on the water.

Up around a few more bends several more aluminum canoes and some kayaks with high school age kids came meandering by. Every spring I see a bunch of kids from the school out paddling. I believe it’s some type of outdoor class and canoeing is just one aspect of it.

I reached the 7th Av Bridge at 1218 hrs after 2 hours and 19 minutes of paddling. I turned around to begin the paddle back. Besides all the birds, ducks and geese I saw 5 deer. I got back to the landing at 13:38 hours. A total of a 3 hour and fifty-four minute paddle.

As I was leaving the the park I stopped a spoke to Lee Jarpy for 5 to 10 minutes. He was waiting for Ed Arenz to show up to paddle. Ed showed up so we ended our conversation.

I was going to do a couple errands before I jumped on my road bike. After a couple phone calls I decided I could do them after biking. I had something to eat and checked the weather. I waited a bit to see if it was going to rain based upon what what showing on the radar.

After it appeared it wasn’t going to rain I jumped on the bike at 15:48 hours. Sure it began to sprinkle but again it didn’t last long. I thought if it really began to rain hard I would just do an hour. Since it quit I decided to do two hours and then I decided to keep going and ended up with a three hour ride. It was very breezy and it felt cooler that the 50 degrees out. It was a typical bike ride, no matter which way I went it seemed I had a head wind.

Today I even remembered to replace the battery in the cycle computer. Lately, I have just been going by time. My mileage today was 39.6 miles. Not great but it’s a number.

You know, it was such a fun day I might just might have to do it all again tomorrow. I was going to put my C-2 on my suburban tonight and put on the new license, but I ran out of time after I did my errands.

I thought I changed my copyright date to 2008 but it appears it didn’t take. These photos were taken today.