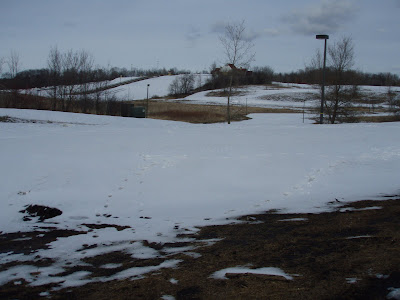 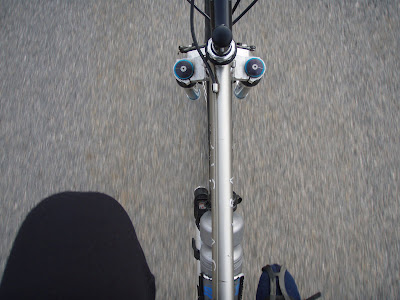 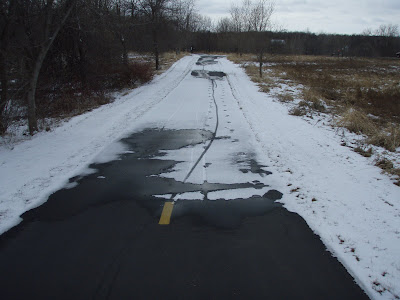 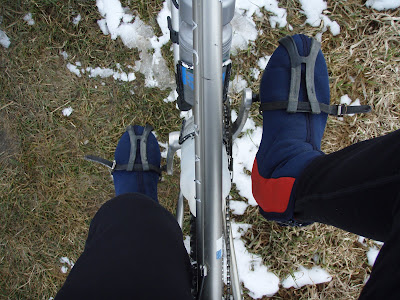 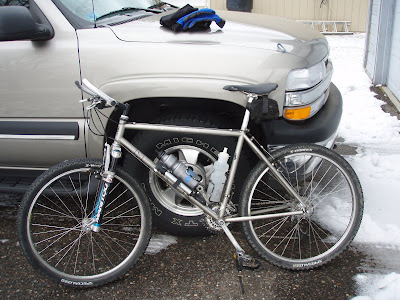 Yesterday was a terrible day to do any paddling or biking. The streets were snow and slush covered and it was very windy with the temperature around the freezing mark. So I decided just to do my cardio at the health club. I did one hour on the LifeFitness machine and another hour on the stationary bike.

Today, it was two hours of weight lifting which included some core exercises for warm-up and abs, back exercises and stretches afterwards. I did another hour on the LifeFitness machine before heading home.

I posted my blog on two different web sites after I got home. These two sites are BWCA.com and solotripping.com.

Since there wasn’t any precipitation in the air, I decided to get on my Mt. Bike and go for a ride. It was cool, 31 degrees, when I started, but the wind was less than 20 mph. I rode for 1:41 and I remembered to put my neoprene booties over my shoes. What a difference it makes. My feet were cold when I got back, but I had feeling in them. The sun was actually trying to break out from behind the clouds. The temperature was 37 degrees when I got home.

If I ride less than two hours I will usually head to some trails at Elm Creek Park. I can access the trail system only a couple minutes from my home.

There were several places where snow was still on the trail, but I managed to get through them. Once I hit the snow I had to hold the line otherwise my tires wanted to slip out from underneath me. There were a couple times going around some bends that got my hearth rate up.

I saw three deer, four other bicyclist and a couple runners. Tomorrow, I hopefully will be able to get out and paddle. I haven’t been out since Wednesday night.