Here is a link to the derby:http://hoigaards.com/page.cfm?PageID=167

I started paddling this canoe derby in 1999 with Warren Thunstrom. I mentioned earlier that I raced several times with Warren in 1999. We also race several of these races put on by Hoigaard’s. That year I always paddled in the bow. Each year Hoigaard’s has a t-shirt with some sort of logo / picture.

Here is the front of the t-shirt in 2000 that shows me in the bow and Warren in the stern. 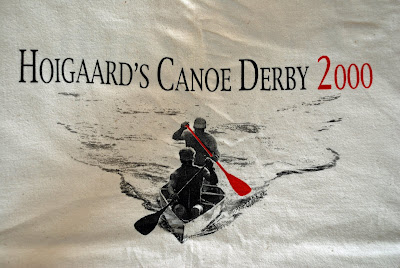 Then again in 2004 we are on another t-shirt. This t-shirt has been washed several times so it's faded. 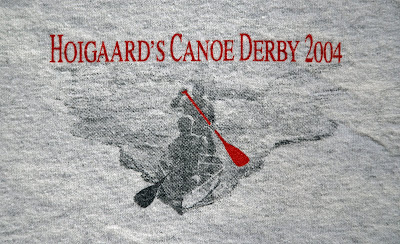 Today, 05-25-08, Dave Dahl was wearing another t-shirt from Hoigaard’s. I took a photo of the t-shirt Dave was wearing today. Again, that’s me in the bow. 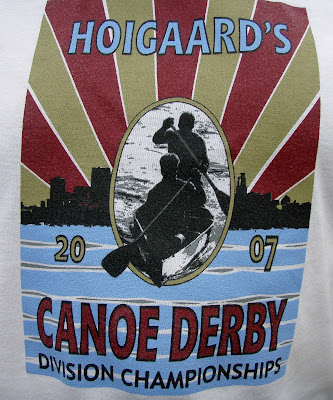 Chuck
Posted by CIIcanoe at 7:28 PM