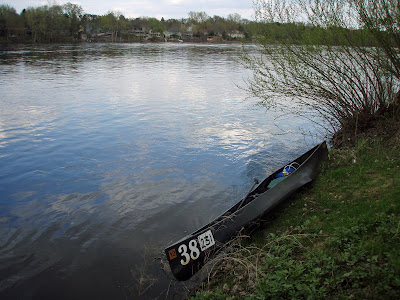 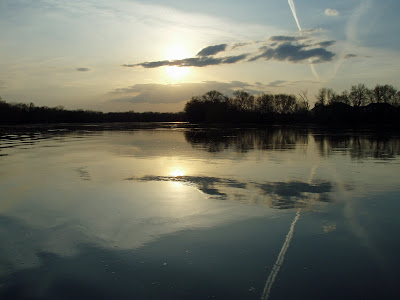 Yesterday, 05-09-08, I headed to the Mississippi River out of Champlin. It was a nice evening with calm winds. The river was flat and it appeared that the water level had dropped 3 or 4 inches, but I wasn’t absolutely sure at first. The current seemed to be slightly less, but tonight I did paddle closer to the bank.

I decided to head a little further upstream tonight from what I’ve been doing lately after work, up to the “horse farm” for those of you who know where that is. Well, you never know what you will come across while paddling in a canoe that doesn’t make much sound. There is a park just downstream of the “horse farm” with a bench to sit on next to the water.

I came up along the shore and saw a woman orally pleasuring her man or who knows maybe they didn’t know one another and it was just for money. They both just froze when they finally saw/heard me. They were gone by the time I went a short ways upstream and returned.
I was on the water for two hours and thirty-five mintes.

Today, I grabbed my gear and headed for the Rum River. There were two other vehicles in the boat trailer parking lot when I got there. I parked in the next lot over and unloaded my canoe.

It was forecasted to rain and it looked like it could rain, so I put my rain pants on. I grabbed my other gear and headed down to the water. The Rum appeared to be lower and the current not as fast as last week-end. I would find out later the water had dropped about 12 to 14 inches when I got to a place where I could really see the difference in the level.

This outing isn’t about fishing, this is just what I did on the fishing opener. There were a couple of fishing boats on the water as I paddled upstream, then I saw Kathy and John Sullivan coming downstream in their canoe around one of the bends. I asked them where they were going in such a hurry and they told me they were practicing for next week-ends race (The Rum River Flag Race). Then they were off again.

I had to pull over and take my rain pants off, since I was getting too warm. It didn’t look like it was going to immediately rain and if it did I would just have go to shore and put them back on.

I would come across several people fishing in their boats today. Some are very courteous about their boat wakes and then there are some who are clueless or simply just don’t care!!!!!!!

Approximately 15 to 20 minutes before I got to the 7th Av Bridge I came across two recreational canoes coming downstream. There were two guys in one and two females in the other canoe. One of the guys, Bruce, (I later found out his name), recognized me from my photo on skinnyski.com from the Snake River Canoe Race. 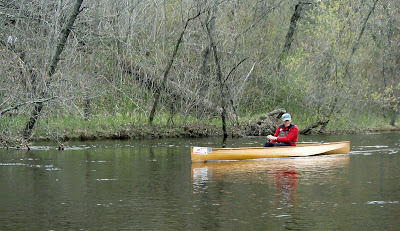 I made it up to the 7th Av Bridge and turned around. Coming back downstream I came across Keith Canny who was paddling a C-1. He told me the rest of the “thundering herd” was about a half hour back. Keith’s regular partner, Lee Jarpy, is in Florida for the week. About 5 minutes later I came across Steve Yurista. He was in a C-1 paddling along shore underneath a bunch of branches when I saw him. I told him Keith was up ahead. Steve asked me if the Bridge was still there and I guaranteed him it was still there 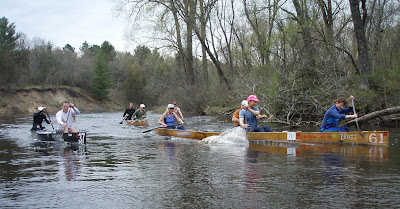 I continued on and eventually down by the Boy Scouts Camp I came across the “thundering herd” (as Keith described the group) doing a sprint. There were seven C-2’s in the group 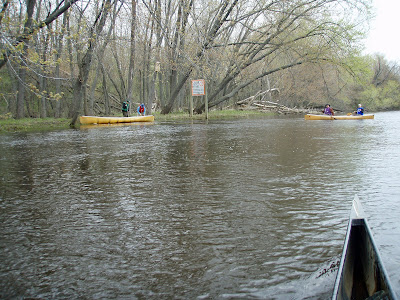 Further downstream I came across the same two recreational canoes. They had pulled over and the guys had switched places and the ladies were on shore in the process of getting back into the canoe. One of the guys’s who I briefly talk to earlier, introduced himself as Bruce, and said he is a friend of Marsh Jones and that he has been a timer for the Mississippi Classic in the past. Bruce told me he read my article about the Snake River Canoe Race. While we were talking I heard the sound of someone tipping over a canoe in the water. I looked to my left and along shore all I could see was the Kevlar bottom of a canoe facing me. Then one of the ladies popped up from the other side of the canoe all wet. Bruce asked them if everyone was ok and said it was better to do it there than in the middle of the river.

The river was alive with activity today. I made it back to the landing after three hours and thirty-five minutes. Shortly after I got home it began to rain. I was going to go for a bike ride but the rain changed my mind for me.

I spoke to Ed Arenz later who I’m paddling with tomorrow and he told me the group is meeting at 0930 am at the Rum River to paddle.

Chuck
Posted by CIIcanoe at 4:50 PM