On Sunday, 12-12-21, I was back out looking for either Give a Hoot, the male, and Hoot,  the female, Great Horned Owl or Benny the Barred Owl.

It was a little slower walking in the recent soft snow, but after about 45 minutes I located Give a Hoot high up in an oak tree. I wasn’t too far from the tree, but he was sitting up high. I glassed up at him, and he was looking down at me with his big yellow eyes. He was alert, but not alarmed. I stepped backwards several steps to get behind another large oak tree to get my gear out of my backpack and set up. He went back to relaxing after I set up the tripod with my camera.

While watching him it appeared he was going to regurgitate a pellet, he lowered his head behind one of the bigger branches. His head just cleared the opposite side of the branch and he passed the pellet which looked like in three pieces. I got video of him passing the pellet.

Immediately, he started to eat a dead rabbit that he had up in the tree. I got both photographs and video of him ripping apart the rabbit. One of the photos shows him with one of the rabbits foot in his mouth. The rabbits foot doesn’t look as big in his mouth compared to when I saw one of the owlets struggling to swallow one earlier this year. While watching Give a Hoot I thought he might have some food with him because I could see a tinge of red, possibly blood, in the snow by his feet.

Soon after he was done eating his meal he flew around the area. He went to 5 or 6 different trees around me, but never flying more than 20 yards at a time. He stay close to me so all I had to do was position my camera for the best shots.

He finally settled into one tree where he turned his back on me and went to sleep. I missed recording his first territorial call with his back to me, but he turned around the branch for all the other calls. He called in two different sessions. I’ve listened to the video clips listening for Hoot to respond, but I couldn’t hear anything. Although, in his second session I believed I heard Hoot doing some soft squawks. Right after I heard her Give a Hoot did another territorial call. Based upon his behavior he was hearing Hoot, but I couldn’t hear her most of the time. Just before I stopped recording at 1650 hrs Give a Hoot was very alert and I believe Hoot was nearby. Give a Hoot flew another 30 yards in the direction where the sounds from Hoot were coming from. Right after he flew away to meet up with Hoot for the night I packed up my gear. It was already dark in the woods and I had a distance to walk out.

This winter I’m finding Give a Hoot hanging out in this area where last year I always found Hoot until it was closer to nesting time. Last year, I rarely found Give a Hoot here until after Hoot moved closer to the nest. This year I’ve only seen Hoot in this area once and it was around sunset and after they began calling one another. That time Give a Hoot flew off when I was photographing him and Hoot within a minute flew only a few yards from me. That day I was able to photograph both of them. Before the snow I’ve checked a different area for Hoot, but I didn’t find her. Now I think I need to pack lightly and go back and check the area where I suspect she’s hanging out in. When I find her in her, then I can bring my long lens with me and spend some time with her. 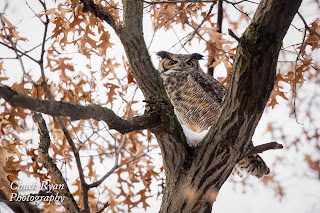 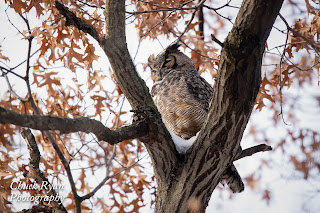 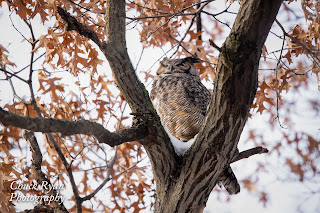 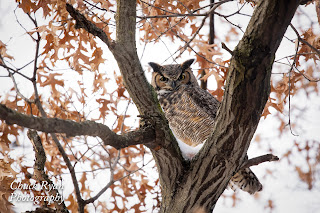 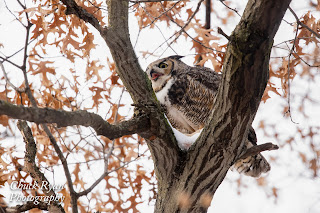 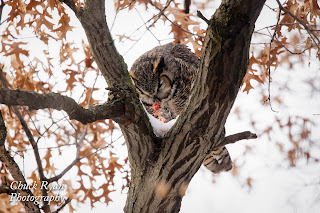 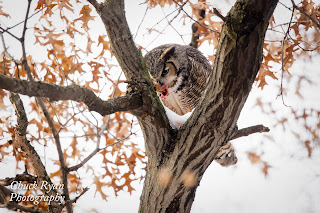 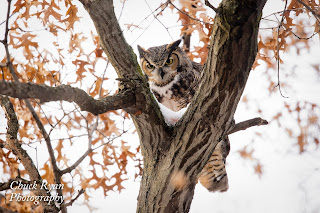 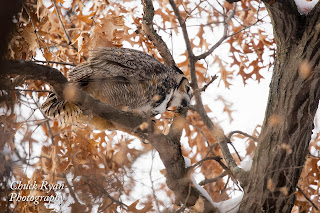 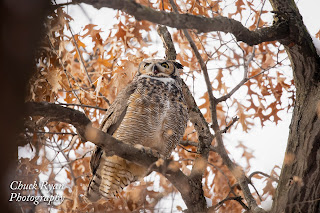 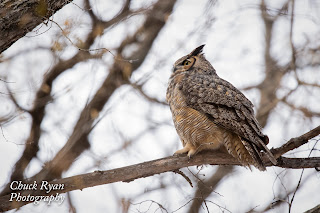 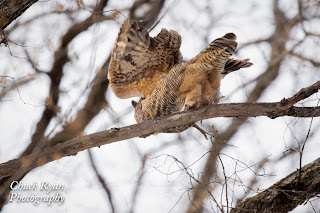 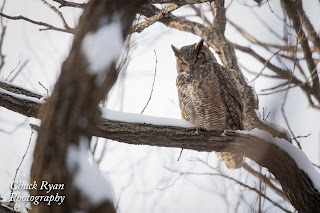 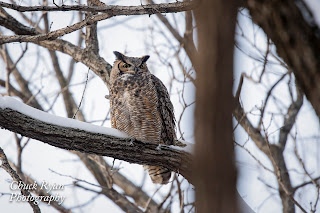 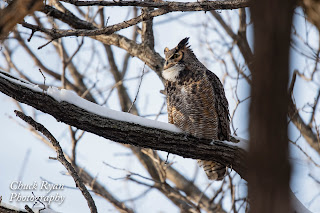 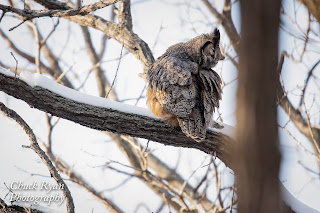 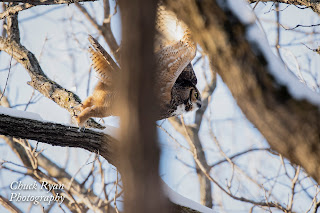 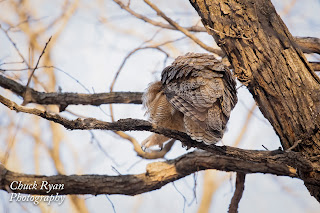 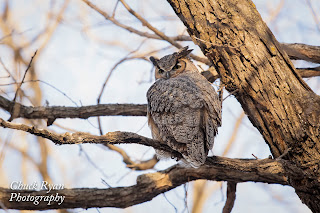 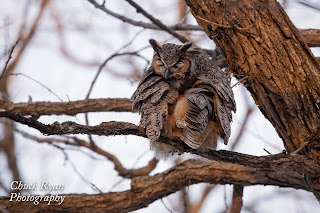 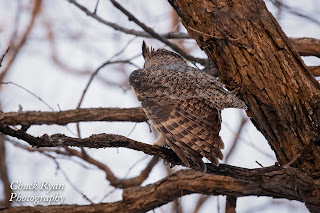 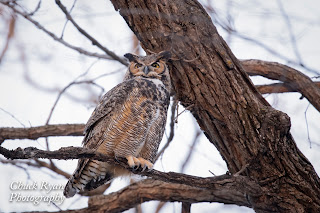 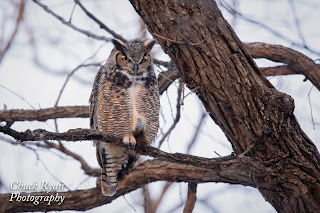 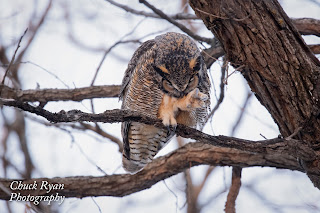 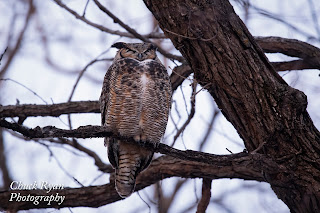 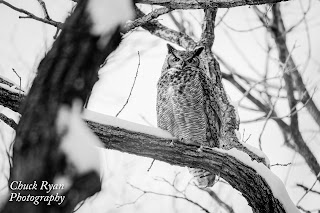