Here is my video while I was out with Hoot, the female Great Horned Owl, on Wednesday, 02-02-22. It was another very cold day with the actually temperature around 5 degrees, but with the strong wind it made it feel like -15 to -20 degrees F. I spent three hours and 10 minutes with her.

I started out taking both photographs and video, but stopped videoing after my fine motor skills were shot after being so cold. I wasn’t the only one finding it was a little bit on the cool side, because I saw Hoot fluff up her feathers many times while watching her.

Hoot was perched in a tree where there was a broken off branch that distracted from some of the images especially the ones where she was doing some contact hoots. The branch would be placed across her face.

Some times Give a Hoot will already be in the immediate area and sometimes I’ll see him fly in. It sounded like he was further back behind Hoot for some of the calls, but I found out he was actually near me like maybe one tree away.

I’ve noticed Hoot paying more attention to a large snag since 01-26-22. Since then she’s landed on this snag each night I’ve been out with her. On 01-30-22 she actually ducked out of sight going inside the top of the snag before jumping back out onto the rim and giving me another opportunity to get a photo.

Shortly,  before 1715 hrs Give a Hoot flew from a tree that was very close to me. I know he wasn’t there when I set up my gear, so he must have flown in afterwards. There was a large oak tree just to my right blocking my view. He flew between Hoot and I, but just before that Hoot had jumped to another branch that was next to the one she was perched on the entire time today. It appeared she was going to fly to the large snag again.

Hoot flew from her perch and went right on top/inside of the snag for about three minutes. All the previous times she landed on the rim of the snag first then jumped into the top. Her tail was hanging out the side of the snag this time before she got all of her completely inside.  After she sat up and looked around she ended up flying off in Give a Hoots direction.

A few seconds after she flew from the snag I heard a loud screech call. I don’t know if she had landed in a tree by the time I heard it, so I don’t if she made the call or if it was Give a Hoot.

I expect Hoot to be nesting within the next few days. I believe this possible nest site is a little too small for her, but she must think it’s fine. 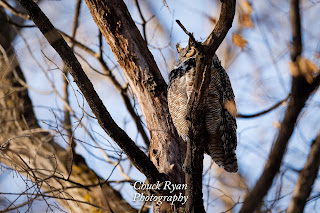 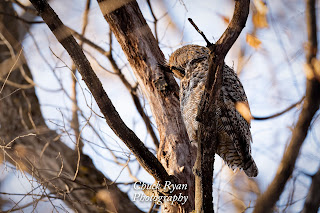 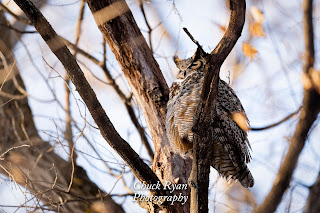 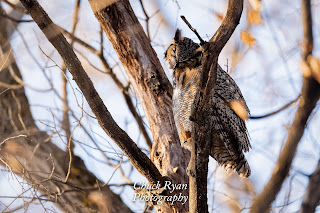 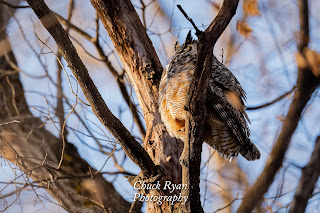 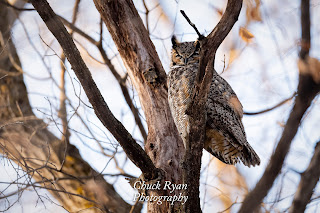 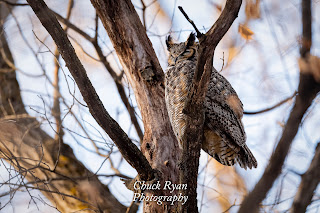 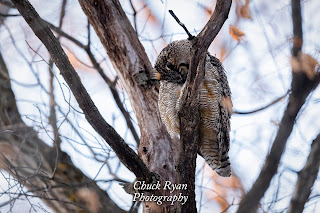 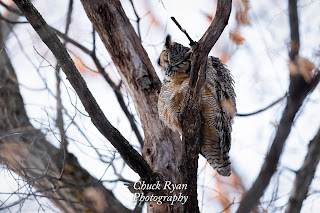 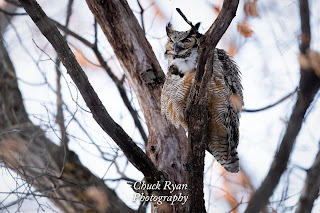 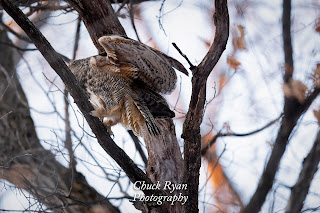 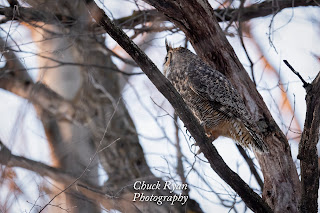 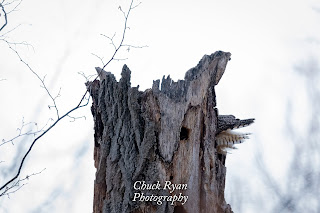 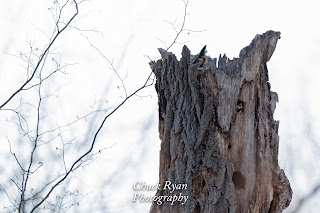 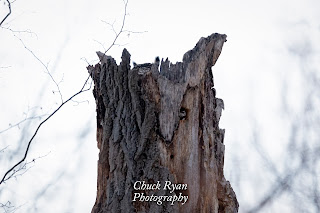 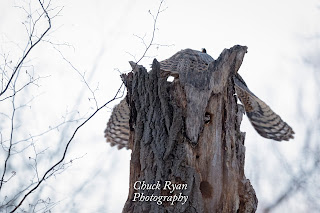 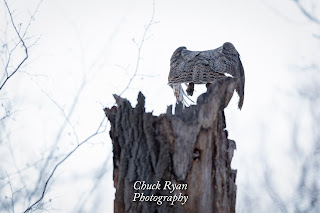 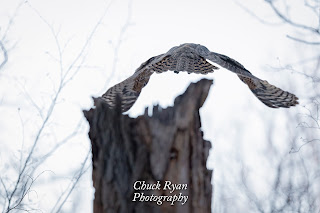