On, Wednesday, 01-26-22, I walked in the woods looking for the owls. First thing I would do would be to see if Hoot, the female Great Horned Owl, was still in her territory. Last year by this time she had left this general area and had been staying close to where she began nesting in early February. If I didn’t find her then I would go look for Benny the Barred Owl.

I found Hoot pretty quickly once I was in her area. She was on a perch where I found her a few days ago when it took me  2 1/4 hours to locate her. That was the first time I found her in that tree. This time she was perched on the same branch facing the opposite direction to keep the strong wind out of her face.

Hoot slept while I set up my tripod with my camera. I was too close to take any video. She wouldn’t fit in the frame. There’s a lot of smaller trees with many smaller branches preventing me to get further back to get a clean shot of her.

I was there only about ten minutes when she snapped her head to her right and stared for several seconds before turning her head back in my direction and doing a contact call. This told me Give a Hoot must have just flew into the area, but I couldn’t see him. Hoot then proceeded back to napping.

Hoot would wake up occasionally to do another contact call and did some preening. A couple times she woke up while listening to something in the distance with her eyes were wide open.

Hoot flew from this perch which was earlier in the day than most days. Although, she only flew at most 10 yards. Just as quickly she flew almost back to where I originally found her. I took to a photo of her in this new perch while continuing to watch her. It appeared she went back to napping with her back to me.

I walked to the front of her where I watched her napping and got a few more photos. Again, she did some more preening.

It was about 1650 hrs and she was getting ready to fly off to be with Give a Hoot or that’s what I thought. She ended up flying down to the top of an old, large snag that was only 10 yards away from me. She landed with her back to me before jumping down on the other side of the snag, but now she was facing toward me.

After she turned around she made several territorial calls. Some of them while she was looking directly at me. Once I got some photos I finally looked at the back of my camera and noticed that a small branch was right in her face while she was calling “to me”. Bummer… I moved my tripod just a little to avoid most of the small branches the best I could. I didn’t include any images of her looking directly at me while she was actually calling because the branch was directly in her face, although I included a couple of less distracting images of her in the same spot before I moved my tripod.

Earlier, when I posted a single image of her facing me I said she must have gotten me confused with Give A Hoot because he was behind her not too far away. Eventually, Hoot realized her mistake since I wasn’t returning her calls. She flew off in his direction. While I was packing up she and Give a Hoot were calling back and forth.

Today I spent two hours and 50 minutes with her. 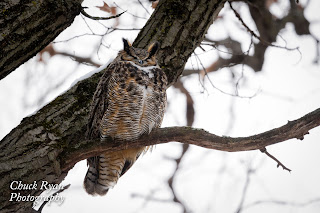 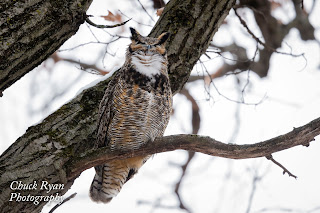 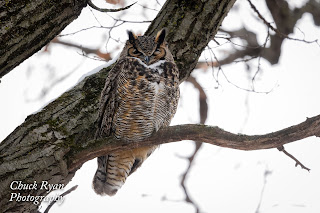 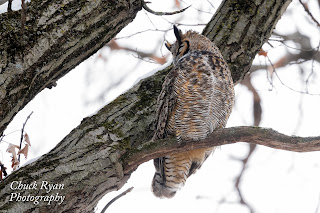 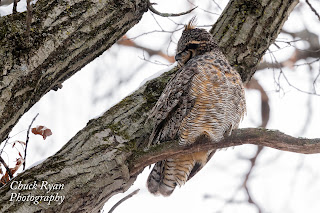 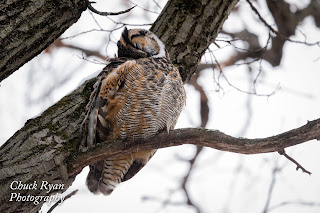 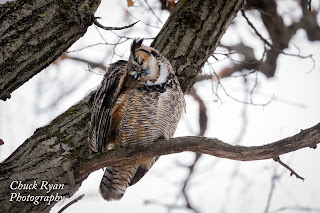 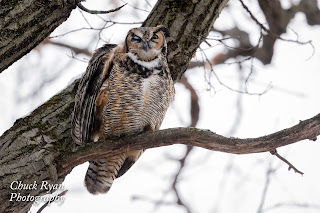 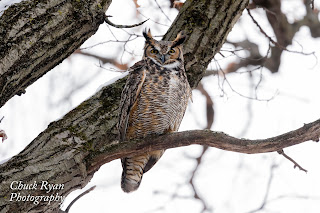 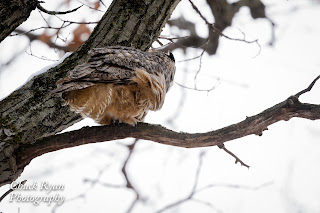 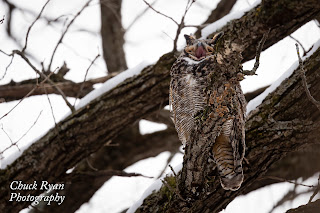 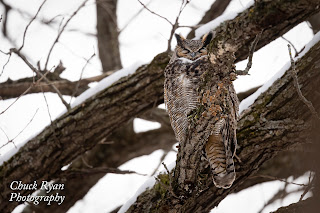 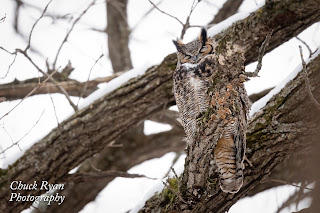 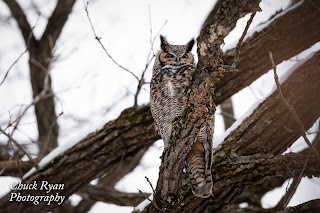 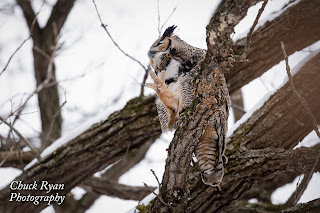 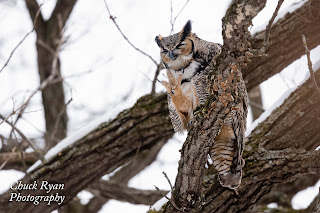 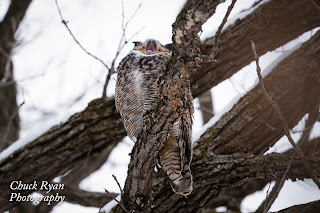 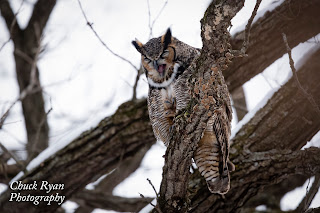 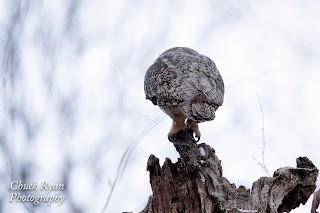 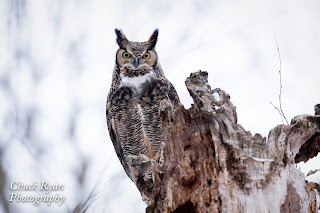 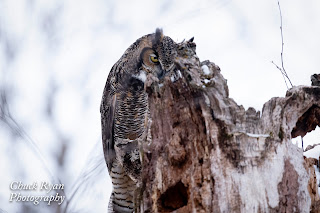 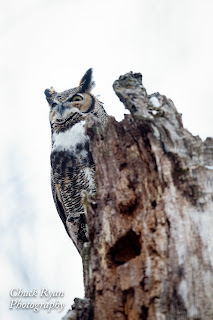