I watched the general direction he flew. I thought of checking around this area a little more thoroughly thinking Give a Hoot may have been perched close to Hoot. I decided to continue on to the tree where I last saw her a couple days ago. This is the same tree she has been perched in a total of four times recently.

I checked that tree and I didn’t see her in it or anywhere nearby, so I continued  walking my normal route when I walk this part of the woods. There goes Give a Hoot again back in the same general direction from where I saw him fly from earlier. I’m thinking maybe Hoot was in that first area area, but I had a lot more area to search.  After walking through most of this area there was no sign of Her.

It was one and a half hours later and now I was in the general area of the Barred Owls. Actually I’ve found both the Great Horned Owl and the Barred Owl in this area, but if I find one then the other owl won’t be around.  I figured I would check this area and afterwards go check one last area for Hoot before calling it a day.

I got my gear out of my backpack and set it up. When I’m looking for the owls I already have my 1.4x teleconverter on my 500mm lens because I usually find and photograph the Great Horned Owls from a further distance away. This time I needed to turn my camera in a vertical position to get Benny the Barred Owl in the frame.  I figured I would get a couple shots before taking my teleconverter off to show more his environment.

Benny flew from his perch, but he aborted his mission to grab a rodent under the snow. He swooped back up and missed his landing in a near by tree, but he quickly adjusted and landed on another perch. He was still intent and focused on grabbing the meal in the same area.

He flew to the ground where I was able to get a couple photos of him in the snow before he flew up to yet another perch. He didn’t get a meal this time. Now I won’t need to take off my teleconverter because he’s further away now. I didn’t have to move my tripod, either.

He was still looking down and listening to something directly in front of him under the snow once he got back on the branch.

Benny was also fascinated watching a Black-capped Chickadee that was overhead of him.

During the one and a half hours I spent with him he did some stretches and expelled a pellet.

Here are several photographs that go follow along with the narrative… 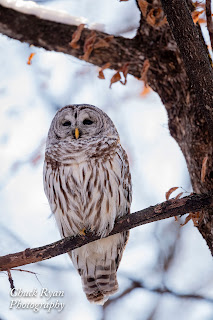 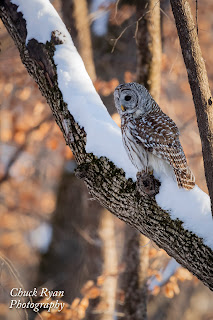 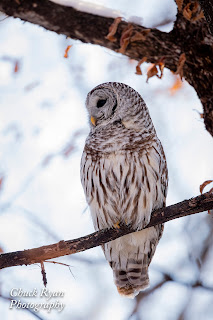 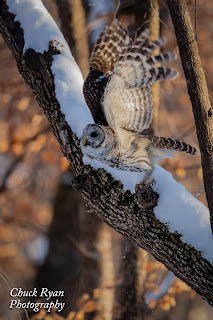 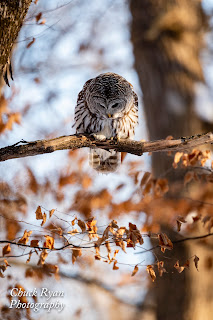 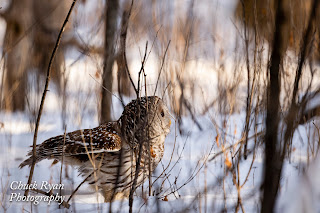 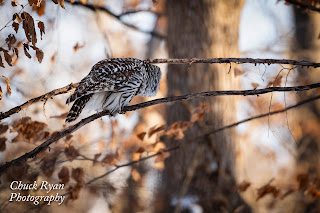 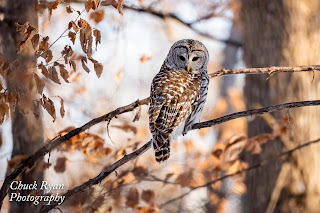 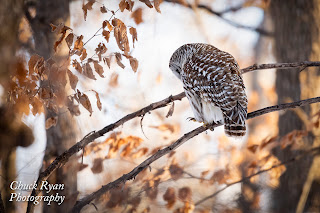 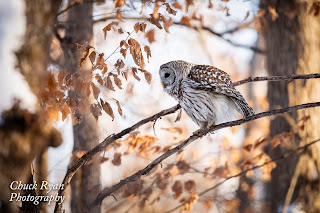 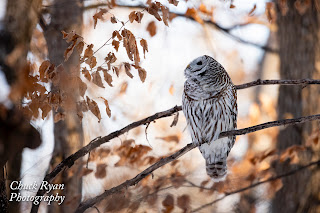 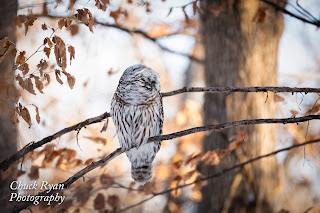 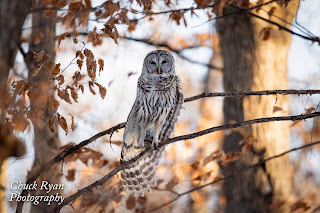 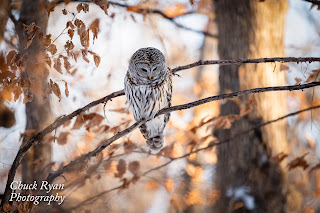 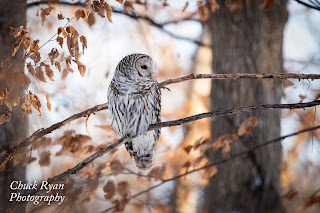 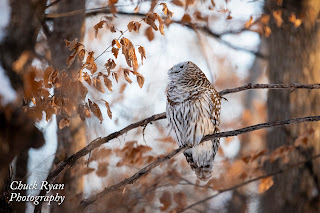 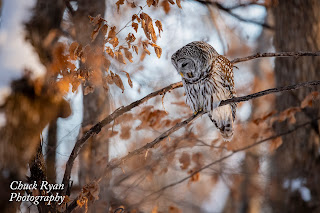 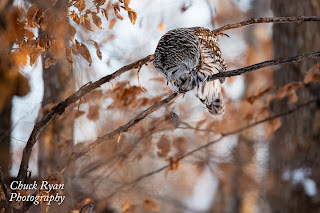 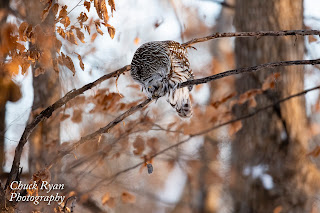 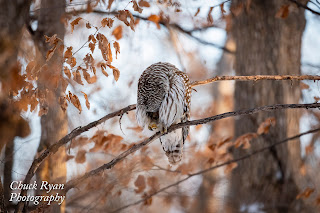 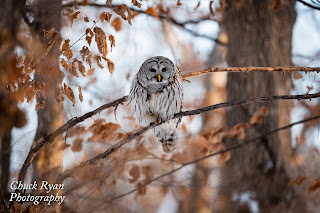