Hoot and the Owlets
Great Horned Owls
On Monday, 04-26-21, I went out to sit out with the Great Horned Owls just after the last line of rains went through the area. I was all set up by 1715 hours.
Hoot, the female, was perched next to one of the owlets who was sitting in the nest. The other owlet was perched in a branch above the nest, but I could barely see it.
One crow flew in and landed above the nest, then another one arrived just as the first crow started it’s calling for more crows. I’m sure Hoot knew the top owlet was vulnerable to an attack. Hoot immediately flew off leading the crows away from the nest at 1729 hrs.
Fifteen minutes later the top owlet moved up the branch so at least I could see it now, although there was a very distracting branch in front of it.
It stayed there until 1817 hrs when it went back down to the nest. Both owlets spent a considerable amount of time sleeping. One of the owls slept lying down while the other upright.
The crows were bothering Hoot on and off for a considerable amount of time, but once they disappeared Hoot started making squawks to the owlets. These squawks are contact calls with the owlets to let them know she’s around.
When both owlets finally woke up they both eventually headed to the top of the tree.
It wasn’t until 2013 hrs that I saw Hoot fly in closer to the nest so she could get a visual on them and me. She stayed for a couple minutes then flew off from where she came. Now that the crows were gone she could do some hunting.
I left the area at 2030 hrs. 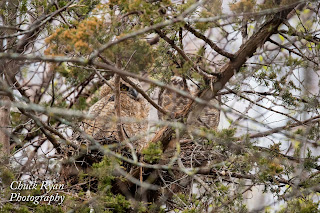 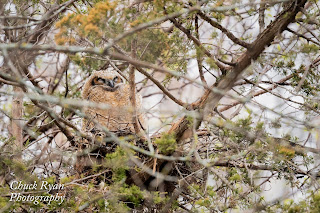 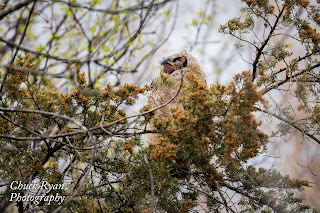 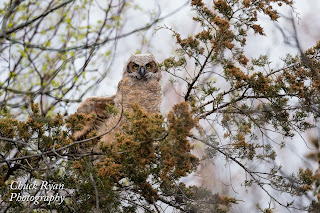 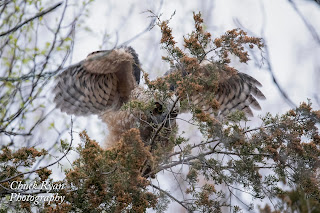 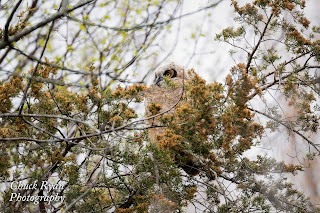 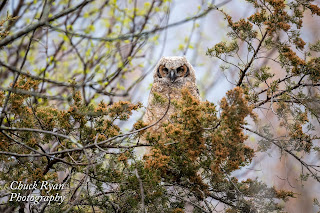 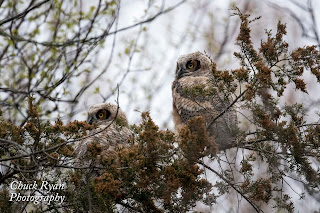 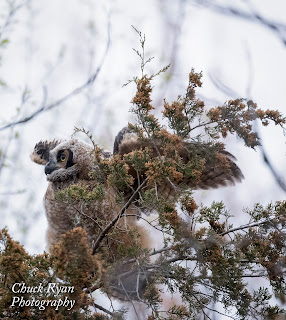 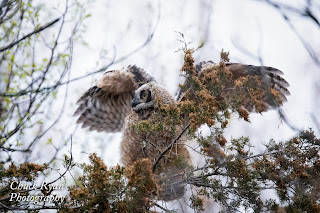 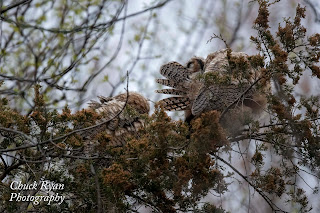 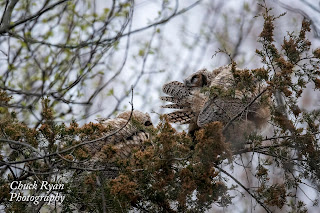