Give a Hoot, the male, and the Owlets
Great Horned Owls
This past week-end was the first time I didn’t go out and at least check on the owls, since I found Hoot, the female, on the nest on 03-09-21. Many days I have spend around 3 hours with them. I do a lot of biking and this week-end I had a couple longer rides out of Hudson, WI, so I didn’t go out to check on them after I got home. Saturday night it was very warm and there was some rain Sunday night.
Earlier today, Monday, 05-03-21, I looked from a distance and I didn’t see the owlets on the nest or nearby. Later on in the afternoon with my gear in my backpack I went looking for the Great Horned Owls. First, I checked around the nest and didn’t see Hoot or the owlets around.
Then it was time to take a little walk. I found Give a Hoot perched in a tree where I have found him in the past. It was an extremely windy day and he was getting blown around. In fact he lost his balance at one point which I was able to get a shot.
I thought if Give a Hoot was in this area that Hoot and the owlets had to be somewhere nearby. While I was photographing him I would look around. I eventually spotted the owlets off in the distance. I moved my tripod a few feet to get some long shots of them. After I got a few photos I moved the tripod closer to them while only 10 yards from Give a Hoot. He went about his business of trying to stay upright on the branch while I photograph the owlets.
The owlets were also having issues staying upright in the strong winds. I spent 1 1/2 hours with the owls this afternoon. Once I was done photographing I packed up my camera gear into my backpack. I was just about ready to leave when I saw Give a Hoot look to his left. I looked that direction when I saw Hoot, the female, flying low coming between us. She flew no more than 5 yards from me, but she kept going. I never saw her while I was out in the woods, but there were some people in the general area that caused her to fly off.
Here are my images…some of the images were shot with my 500mm f/4 lens with my 1.4x teleconverter (700mm) and to get both owlets in the frame when they were perched on different branches I used only the 500 mm lens. 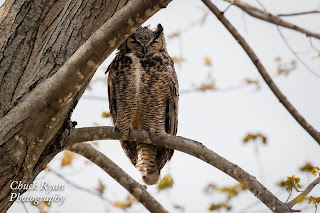 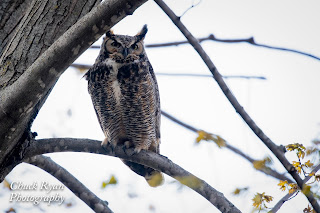 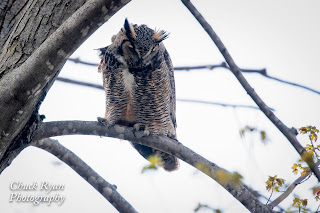 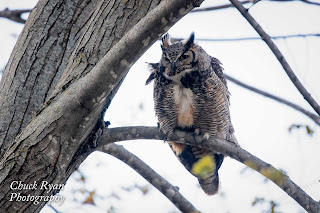 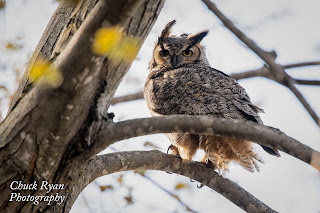 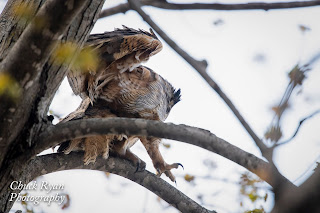 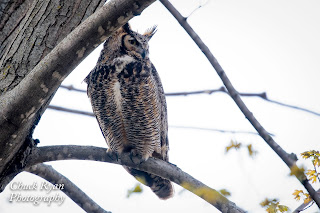 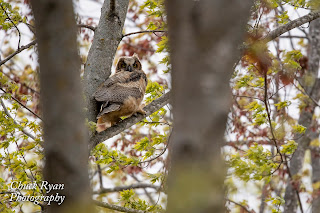 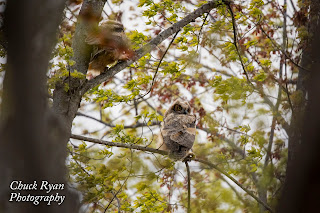 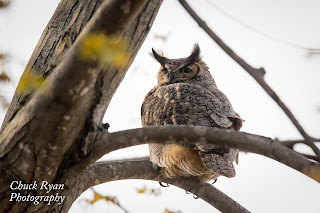 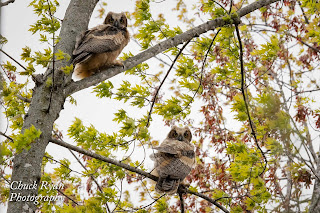 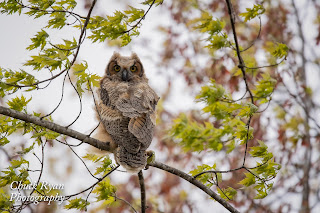 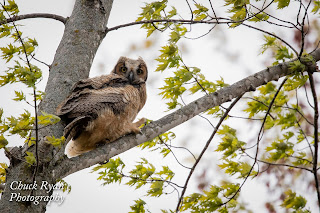 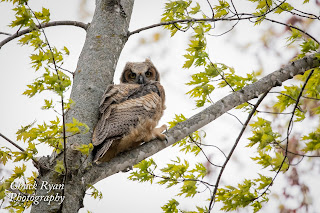 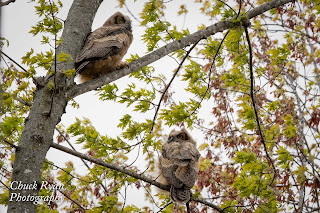 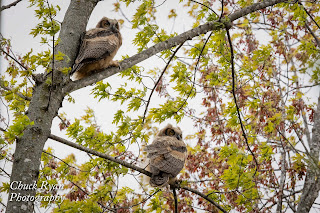 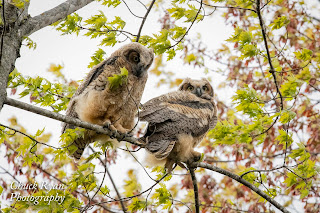 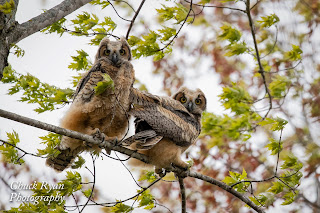 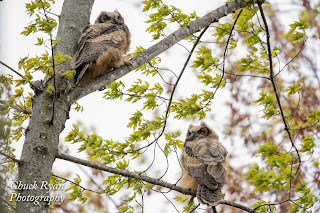 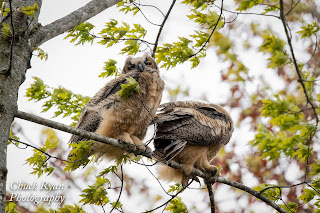