On Thursday, 04-29-21, I went out to look for either Hoot, the female, or Give a Hoot, the male, Great Horned Owl to photograph. I wasn’t planning to sit out and watch the owlets tonight, but first I would check to see if Hoot was perched near the nest and to take a daily photo of the owlets. Hoot was perched next to the owlets, so that meant that I was only looking for Give a Hoot.
I located Give a Hoot perched behind some branches. I took some photos from that vantage point, then packed up my gear to walk to another area to get a better view. I made a very wide semi-circle around him so that I could photograph him from the front.
It was a very windy day and Give a Hoot was leaning into the wind most of the time I was with him.
I had been out about a half hour when I saw Give a Hoot become alert and he look to his right. While I was taking some video of him, Hoot flew to a tree only 10 yards away. She was perched behind some branches so I swung the camera to her while recording the video. She stayed for a couple minutes before flying off. I saw the general area where she flew to, but there were too many leaves on the trees that I couldn’t see exactly where she landed so I stayed and photographed Give a Hoot. I was with him for 3 hours. After Give a Hoot fully woke up he turned around on the branch and went through a short wake up routine. Eventually, I realized he wasn’t going anywhere soon, so I packed up my camera gear and left.
While I walked out I looked for Hoot, but I didn’t find her.
Here are some images of Give a Hoot… 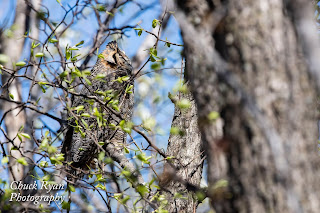 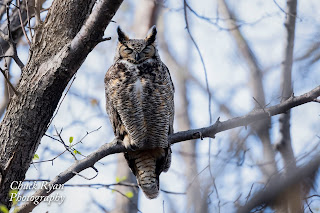 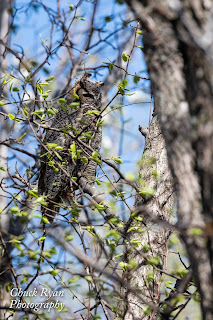 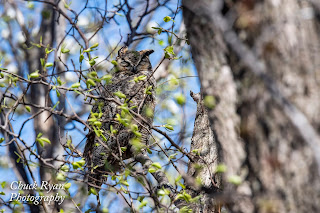 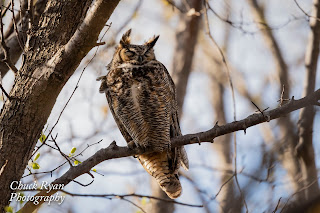 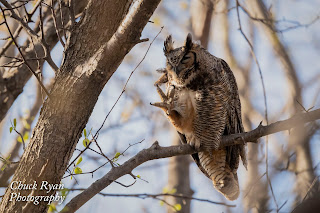 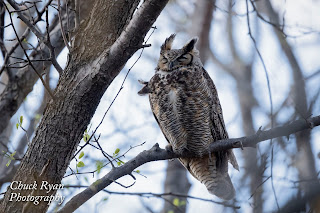 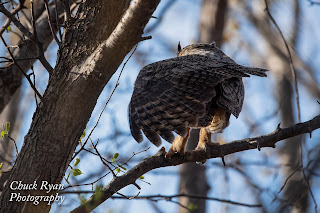 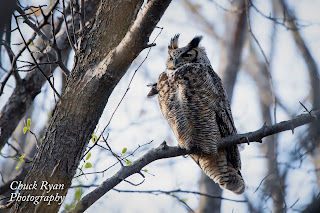 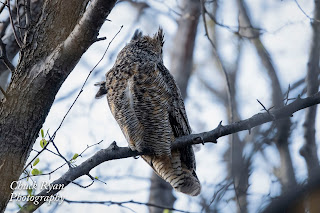 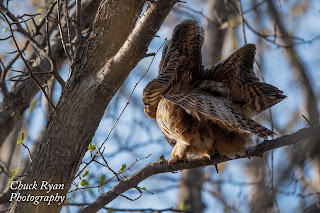 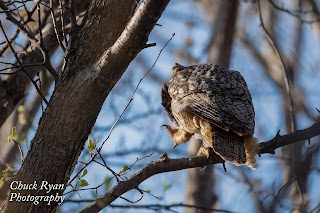 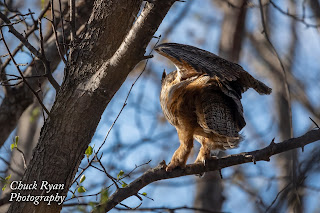 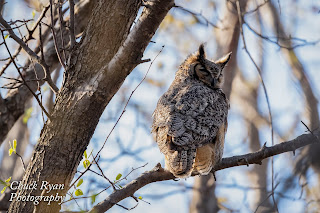 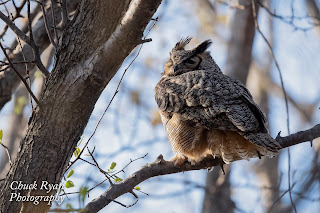 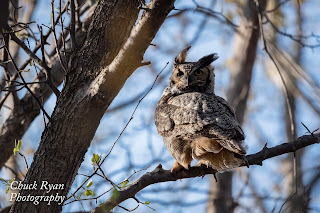