Squirrels Nest... before I found the Barred Owl I thought the only picture I would get today would be this squirrel nest. While looking for the owls I saw a squirrel with what I initially thought was a small dead rodent in its mouth. It was actually some leaves and grass that the squirrel didn't want to share with me. He was still adding to his nest. I watched as he ran up to this nest and went inside through the hole on the right. I waited to see if he would come back out so I could get a picture of him. When he didn't come back out I continued looking for the owls, but I made a stop on my way back. 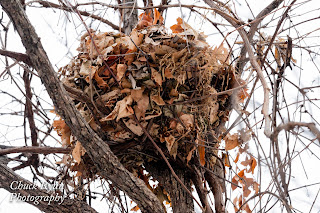 This past week-end I checked out a completely new area for some Owls. On Saturday I saw a Barred Owl, but couldn’t get any photos. On Sunday I went back to that area but I didn’t find it.
Today, Monday, 02-01-21, I went back into the woods where I’ve seen 4 different owls… two Great Horned Owls and two Barred Owls.
Today’s pictures are of the tolerant Barred Owl that I’ve photographed several times in the past. It was actively hunting when I found it on my way way back from my furthest point on my walk. The owl wasn’t in the tree where I found it when I went past the first time.
When I found it in the tree it was only about 10 yards away before aborting a landing on the ground for a meal. Now it was perched in another tree a couple yards closer to me.
The owl eventually flew off again and landed on the ground about 30 to 40 yards away in another attempt to get a meal. When it flew back up it didn’t appear it got anything.
I was watching the owl for about 1 1/2 hours before I decided to leave. When I walked back to my backpack I saw a vole or some small rodent where the Barred Owl was initially looking for a meal when I first saw it.
Here are today’s images… 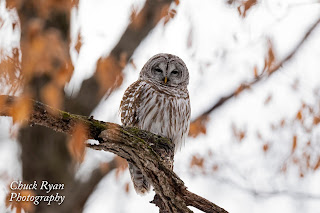 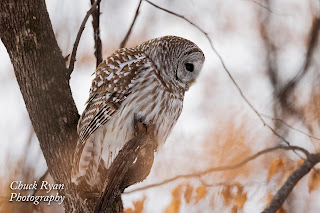 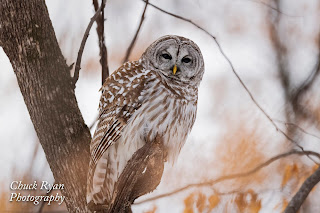 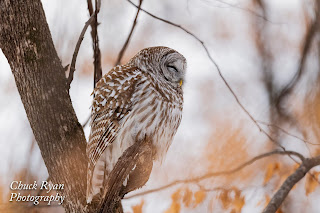 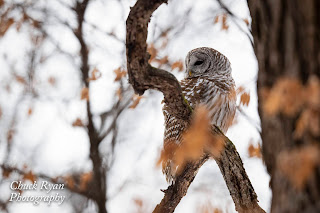 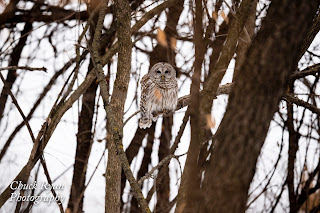 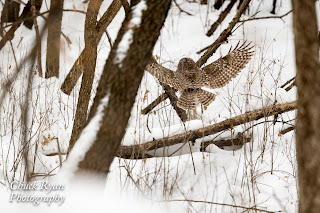