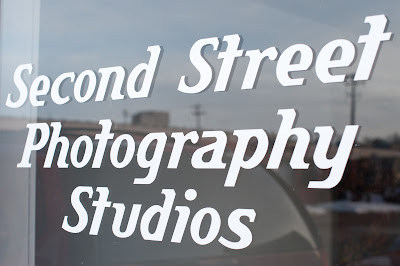 On Saturday, 02-26-11, John, Tom, Andy, Scott and I held our first “Fashion and Glamour Studio Lighting” workshop at our studio. Dean Johnson,experienced local photographer, was the instructor.

We have a 4,000 square foot studio that includes an area for changing, make-up, etc.

Melissa Martin, instructor at Faces Etc of MN, selected three MUA’s for us. They were Laura Westrum, Joy Phillips and Miranda Nelson. These ladies were kept busy the entire day and they did a fabulous job!! Give it up for these three ladies!!!

The night before the shoot we all got together to set up the four lighting stations. Andy Elliott put up his lights on the white vinyl to shoot high key. Tom Frisch set up some gray seamless paper and lights that included a beauty dish. John Magnus set up his equipment for the “bed” station. I set up a three light station with my background being one of the metal doors that Andy had just painted some medium gray stripes on about three hours earlier.

I use Elinchrom Style RX600 monolights and Elinchrom light modifiers. I used one light with 8.25 reflector gridded with both yellow and red gels to provide color on the door at the rear. For an accent/rim light I used a 14” x 35” softbox to the rear on camera right. The main light on camera left was a simple 27” x 27” softbox. We did do a little light testing, but the fine tuning would be done in the morning when Dean started instructing at the different stations.

I will post the information about this workshop here:

Dean is an instructor with SuperShoots Photography Workshops (Supershoots.com). His work has been published in numerous magazines including Maxim, Blender, Playboy, Maxim's Hometown Hotties, Teeze Magazine, Miami Magazine and MotorXRacing. Some of Dean's extensive work can be seen on:

During the first portion of the workshop Dean will explain how to pose the model and the proper lighting techniques to achieve the desired effect. He will tell you why you do something and not just how to do it. During the second portion of the workshop you will have ample time to photograph and practice these new techniques with experienced models.

The workshop includes:
-Personal, hands-on assistance from Dean
-Models with makeup and hair done by professional make up artists
-Several unique shooting bays and lighting arrangements including the all important high key cyc wall
-Studio lights with wireless triggers will be provided for each shooting bay. (You don't have to bring your own lights; just your camera.) NOTE: If your camera requires a special hot shoe adapter, please bring it with you to the workshop so you can use the wireless triggers.
-A working lunch and beverages

The number of participants will be limited in order to give everyone time to shoot in each of the shooting areas and work with the models. The all inclusive cost for this workshop is $125.

Go to sites.google.com/site/2ndstreetphoto/home/events
Click on the "Add To Cart" button and submit your payment and registration.

On Saturday, 02-26-11, I was the first to arrive at the studio around 07:15 am with John a few minutes behind. Andy wasn’t supposed to come until around 9 am was there about a half hour after us. I guess he didn’t want to miss too much. By the way that is Andy posing for me in front of the door where I had my lights. He may never pose again after he sees that photo.

John and I arrived early because the MUA’s and models were to start arriving at 8 am.

Joy, Miranda and Laura all arrived about the same time. I showed them where they would be working. I believe the only one who hadn’t been to our studio before was Joy. Once they were settled in then the models began to arrive.

I was the one who was going to do some “Behind the Scene” shots throughout the day. I started with the MUA’s and the models.

It was now about 10 am and I was told all but one of the photographers were in our front room. I headed up there for the start of the actual workshop. The last photographer arrived a couple minutes after ten.

Andy told the photographers about what was going to take place during the day. Then it was time for Dean Johnson to introduce himself and briefly explain how he shoots. He was up front on how he shoots and he doesn’t expect others to do his way. There are several different ways to acheive the same result.

The first thing we did after the initial talk was to give a tour of our studio that included the four areas we set up to shoot, our equipment storage area and the dressing room. The photographers got to say hi to the ladies who were busy getting ready and to the MUA’s.

Dean started instructing at what I guess you can say was our 5th station. Earlier we decided that Dean would start with the explanation of a single light source and then move up to two lights, then three, We had some red and black curtains, then some shiny material, on a background stand where Dean would begin his first demonstration. All the photographers decided that they would prefer Dean to go through all the lighting set-ups to demonstrate each before they broke up in groups to begin their day of shooting.

When Dean was done we had everyone break up into four groups of three. Would we go into until the pizza arrived.

The next 4 and half hours was all shooting at the various set-ups. There was a wide range of experience in the room. Some new to studio lighting to others that are well experienced.

I talked to several of the photographers who were glad that they came to our workshop. It was a lot of fun for me to meet all the photographers, models and MUA’s. We handed out an evaluation form that I had prepared. The overall comments were very positive.

Each of us had a lighting set-up except for Scott. Scott was our do everything else that needed to be done guy. Thanks, Scott! Since we each had our own station we ran the lights, etc., but we did what the photographers requested in changing the set-up, props, etc. After we started shooting I was limited in going around taking the “Behind the Scene” shots, but I did the best I could without abandoning my station. Occasionally, I would pop over to another station next to me and take a quick shot. I really didn’t get over to Tom’s area once we started shooting

That said...these are actually “Behind the Scene” shots. They are raw images...ok just a little bit of work was done on them. All these shots were done with the available light using an ISO between 1600 to 2500. Aperture from 1.4 to 2.0 maybe 2.2 a couple times.

Since none of these shots used flash you can see the ripples in the white vinyl, the models may not be posing for any photographer, there isn’t any coloring on the backgrounds, etc.

I want to say “Thank you” to everyone involved in our first workshop from the photographers, the models and the MUA’s. Without all of you this workshop wouldn’t had been that much fun or possible!!

I mentioned the MUA’s earlier. Here are the models:

Second Street Photography Studios / “Behind the Scene” Gallery (Part 1, 2 and 3)

Photos Part 1 : This group of images are of the models and MUA”s

Photos Part 2 : These are the start of the workshop and Dean instructing