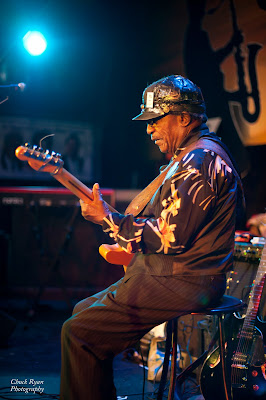 Saturday, 10-23-10, I decided to go to Wilebski’s about two hours before the music was going to start. Fog Hat was originally going to play, but for one reason or another they cancelled.

When I got there I noticed that some people had the long ladders out adjusting the lights. I immediately noticed the stage lighting was much brighter. When I looked up to the ceiling I noticed that there were more banks of lights. If they kept these lights on this would be a much needed improvement.

I saw Eddie on stage warming up, so I went down to take a few practice shots to see what the lighting was like. I didn’t need to crank up my ISO as much as I normally have had to do in the past. I felt that tonight was going to actually be enjoyable instead of being a challenge.

There were several guys with their cameras that were taking video the entire evening. I spoke to one of the guys during one of the breaks who said they hope to video four or five bands. I think this must be the reason for the improvement in the lighting situation.

Of course one of the guys was in the corner where I normally start shooting. They had so many cameras no matter where I was I felt restrictive in my movements. The one guy said he has seen me shooting at Wilebski’s four or five times in the past. They knew my routine. 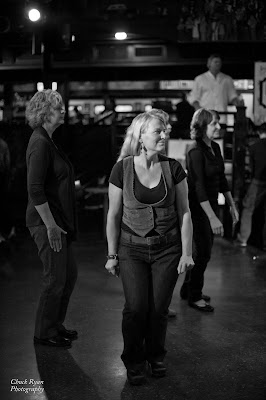