I went back to the woods this afternoon.  I planned to walk back out where I found the Great Horned Owl yesterday and just sit and wait for it to make a call. I found a large down tree for a nice backrest. There was some recent white wash on the large tree. I got settled in and had a couple video cameras rolling for about 10 minutes. I saw a a person come into the woods wearing some reflective clothing and then disappear, but he was associated with some machinery that was close by cutting trees.

While sitting next to the white-wash I finally looked directly above me and saw the Great Horned Owl sitting high up on an Oak tree branch.  My face was pretty much in line with the owl and the white-wash on the down tree. She was probably wondering what I was doing just sitting there on the ground. Now I had to set up my tripod, put my gimbal on it then attach my lens and camera. I knew I was going to make some noise, but she only looked down at me.

There was no way I could get a good shot of her directly underneath her using my 500mm lens with a 1.4 teleconverter and the fact it wouldn’t be an interesting shot. I walked to one area but there were too many branches in my way. I needed to move again to another area but the sun was shining on one or two branches casting a shadow on her. I tried to find a better view, but it wasn’t going to happen. So these are the best shots I got of her today…shadows and all.

She eventually flew off her perch landing a short distance away. I started walking her direction, but she flew off again before I could get there. I called it a day…on the way out I spoke to the person I saw walking in he woods and he said they are removing unwanted trees and should be done in a day or so. I’ll do a video later… 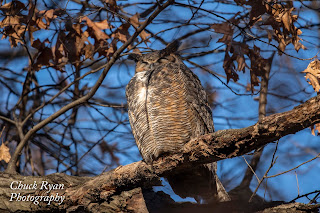 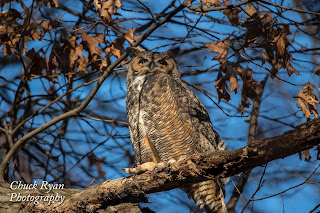 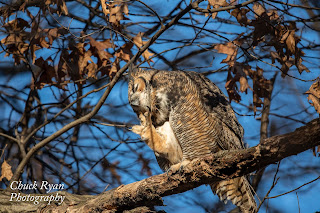 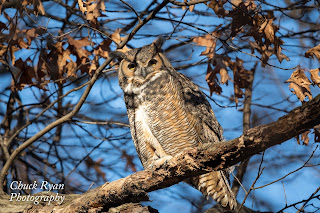 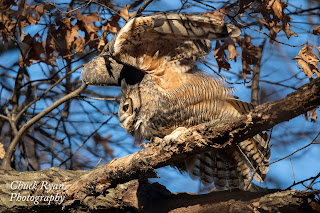