featuring Michael Doucet of BeauSoleil and Chubby Carrier.
On Saturday, 03-10-12, I went to see Tab Benoit at The Cabooze on the West Bank in Minneapolis. The event was called Tab Benoit's Swampland Jam because Tab had along two other excellent musicians...Michael Doucet and Chubby Carrier.
The Butanes, local group, open the night at 8 pm followed by Tab. Curtis Obeda, of The Butanes, later on he got up and played with Tab and the others.
This event was appropriately named because it was a jam to remember. The show sold out out! The crowd was really enjoying the evening!
Earlier in the day Slick saw I was planning on going to the show so she wanted to know if I would be her "designated driver". We got to The Cabooze at about 7:50 pm and there was already a line that wrapped around the building that was several people wide. Luckily Slick had purchased tickets earlier so at least we were guaranteed to get in the door.
Once the doors opened at 8 pm it took us 20 minutes to get inside. Slick went off to find her friends. I made my way to the stage.
I grabbed an open spot next to the stage and parked myself there for the next four hours. I knew I wasn't going to be able to move around to get a variety of different shots, but at least I wasn't in the back row.
The show started off with The Butanes playing at 9 pm. My The Butanes Blog Post...
Tab and his band started playing around 10:30 pm. It appeared Tab was having a good night. Although he broke a string on his guitar for the first several songs. After each song he would have to switch out his guitar. At one point Tab made the comment he was pretty sure we would like to hear his songs while playing all six strings.
Michael Doucet of BeauSoleil joined Tab and his band for a few songs before Chubby Carrier came out. Curtis Obeda, of The Butanes, even got on stage to continue the Jam!! 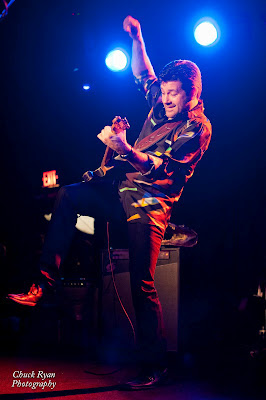 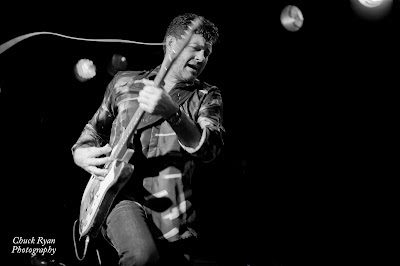 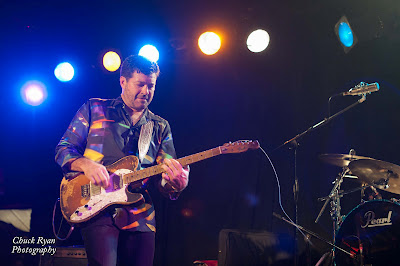 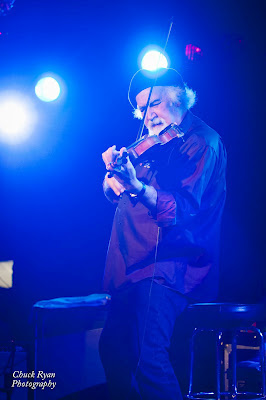 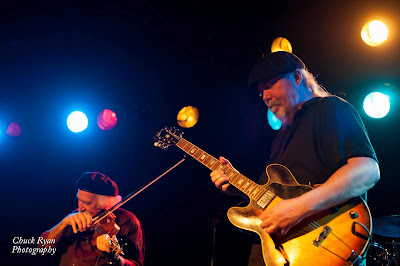 Curtis Obeda (on the right) 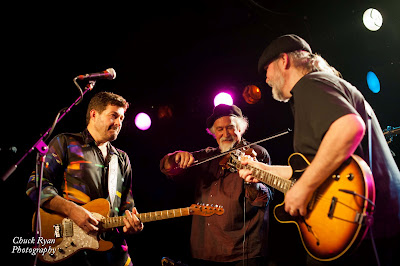 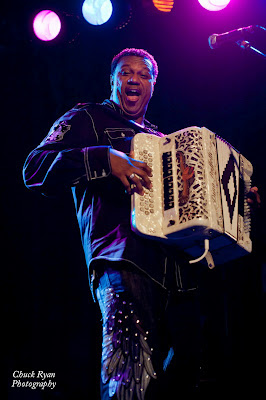