Aubrey...on the farm in Elk River

A couple months ago Aubrey contacted me wanting to do an outdoor shoot. I've had Aubrey in the studio once before. This time she began by saying she wanted to do something a little dirtier...the next words out of her mouth were...with a chainsaw. I asked her if it would be a Stihl chainsaw and she relied something like, of course! Since it was a Stihl chainsaw I could do the photo shoot.
We set up the date for Saturday, March 24th. Luckily, we've been having very nice weather, because this time of year it could go either way.
I talked to my friend, Bill Houlton, who has a large farm up in Elk River who offered us the use of his property and the use of any of the his buildings.
The day started off very foggy until around noon or so, but then it clear up and was a very nice warm day. One day later and we wouldn't have been so lucky.
I want to thank both Bill and Audrey for a fun day and to Bill for allowing us the use of his buildings.
The first couple images I posted are "Behind the Scene" shots. I took the first one showing Bill and Aubrey. The second image shows me up on the ladder with Aubrey in the loft. Bill Houlton took that shot. 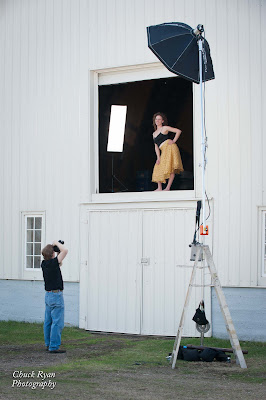 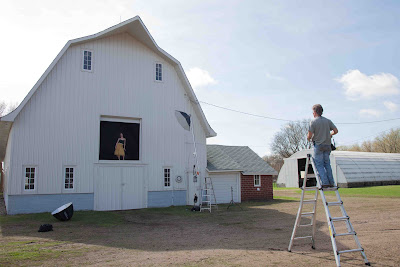 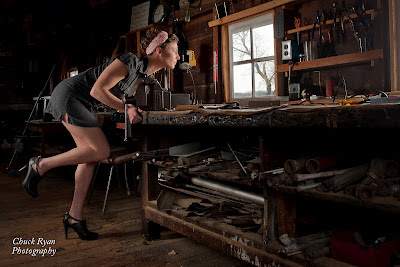 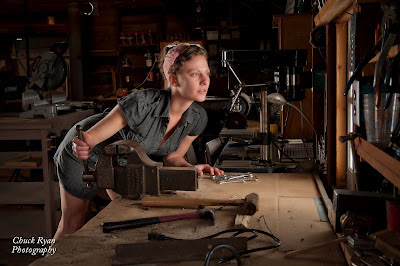 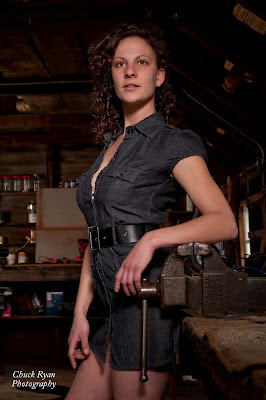 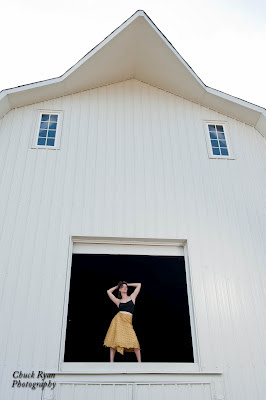 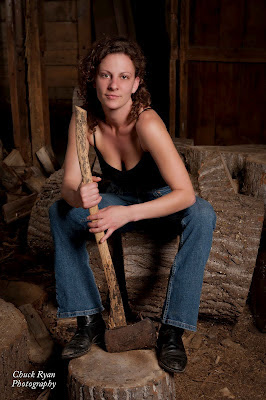 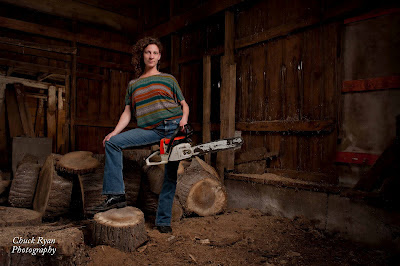