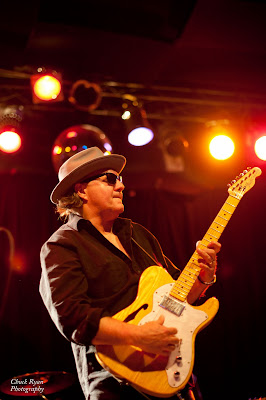 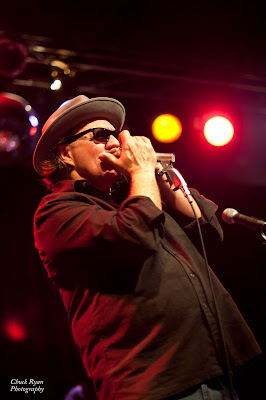 Here are some images I took of Lamont Cranston at the Minnesota Music Cafe in St. Paul on Saturday, 11-27-10.

Lamont is one of my favorite local bands gong back to the 70’s. Although this is a leaner band from it’s earlier years. I still enjoy listening to them. It would have been nice to see Bruce McCabe with them last night. Bruce was playing some shows with Lamont this past summer. I believe Bruce is now concentrating on his new band, Bruce McCabe & The Rich Poor Men.

Lamont took the stage at 09:30 pm. Once they started the first song people made their way to the dance floor. The dance floor was pretty much filled the entire evening. I didn't do much shooting because of it.

Lamont had a couple guest get up and play or sing. First up was a guy from California who played guitar on several songs. I don’t remember the guys name. I should have asked his name when I shook his hand as I made my way out the door.Then Maurice Jaycox got up and sang.

Some friends of mine were going to go to Wilebski’s to see Rubber Soul a Beatles Tribute Band. I decided to go a different direction and go see Lamont Cranston. I’ve never been a big Beatles fan so I really wasn’t interested in seeing the tribute band.

There were a couple more reasons for not going to Wilebski’s. The last two times I’ve gone to Wilebski’s it’s been down right cold. In fact, the last time both my hands and feet were cold. I didn’t do as much moving around to shoot so I never warmed up. I was uncomfortable the entire evening and I wore my winter coat the whole evening. Kim was there in between the times I was there and said the place was warm. I have no idea why the place was that cold those two times.

The other reason is the sound system. I believe there is a blown speaker or a short in one of the speakers on stage left. This doesn’t appear to be fixed since Carl Weathersby was there. I’ve been to Wilebski’s many times and the sound isn’t up to par with other venues. It’s just getting old listening to an inferior sound!

I hope these two issues are given some consideration real soon and fixed!! The speakers there now are the 4th set. When the place opened they had one large speaker hanging from each side of the stage. Then there were two speakers on each side. I believe it was when Scott Holt and Tim O’Brien played that these speakers were replaced with another set. Those were there for a couple weeks before the bank of speaker that are there now.

I plan to go down there this coming Saturday, 12-04-10, to see Reverend Raven and The Chain Smokin’ Alter Boys. Hopefully there will be heat and no problems with the sound system.

I haven’t talked with anyone who went last night to see if the heat was on or how the sound was to comment here. Maybe it was all fixed?