Last night, Friday, 08-20-10, I went down to Ted Wilebski’s new location for his Blues Saloon.
Hurricane Harold Tremblay was going to open for Kim Wilson and the Blues Allstars. This is Kim’s blues band. Kim is the co-founder of the Fabulous Thunderbirds.
I got there before the start. In fact, Hurricane Harold pulled into the parking lot right after me.
This venue is very large and Ted has gone to great lengths to giving his new home a bluesy feel. Lots of hand paintings on the walls.
I was wondering how the lighting was going to be inside the new venue. Hurricane Harold was going to be playing with Papa John Kolstad. While they were getting ready I took some test shots. With the way the lighting was it appeared my best shots would be from stage left.
I took a few shots of Harold and Papa John as they played.
The lighting that was present while Harold and Papa John’s set dissappeared. Off went the lights. I took a few more shots without flash as Kim Wison began to play. I didn't want to raise my ISO up too much more, but I wasn't going to get by without doing so. I didn't take too many more without using any flash.There were quite a few other photographer’s also present using their on-camera flash or speedlight on camera.
Eventually I went to my Suburban and retrieved my speedlight to get some sharper photos.
I was using my Nikon D700 camera with my 24-70 mm 2.8 lens and my SB-900 speedlight. I really don’t like the feel of the speedlight attached to the camera, but I posted some photos.
Ted had a good crowd last night. I ran into Mickey Bauer of Cool Disposition and Boom Boom Steve V and a few other people I knew.
Today, 08-21-10, I called West Photo to rent a 85 mm 1.4, but they had rented it out already. So I rented the 85mm 1.8 and the 50mm 1.4 today. I’m going back to the Blues Saloon tonight to try these lenses out with RJ Mischo playing. I understand Bruce McCabe will be on piano tonight with RJ. 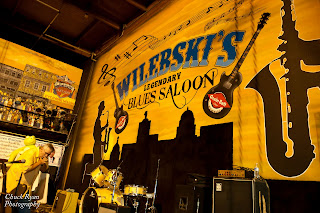 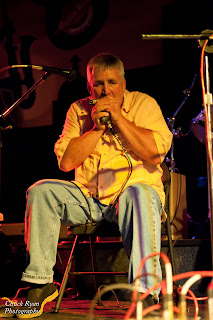 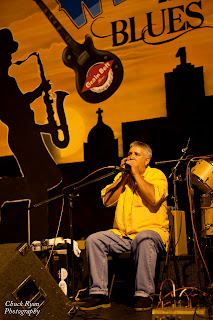 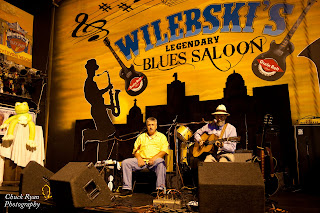 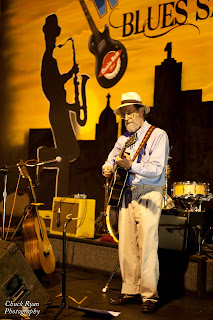 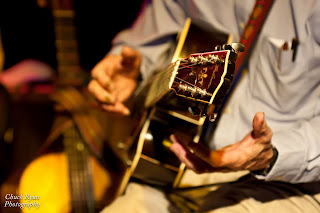 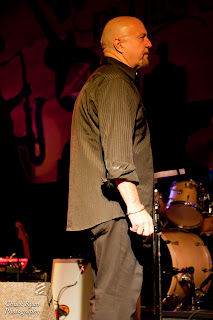 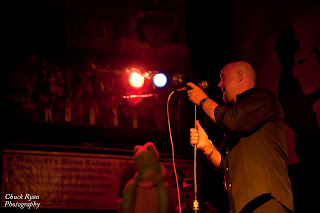 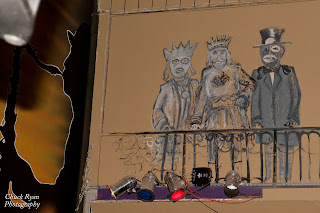 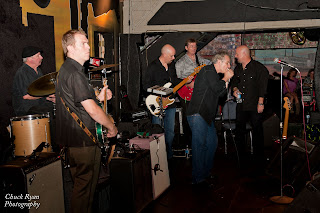 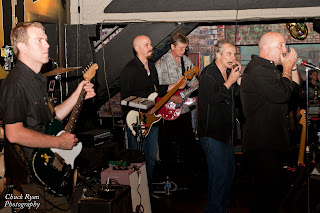 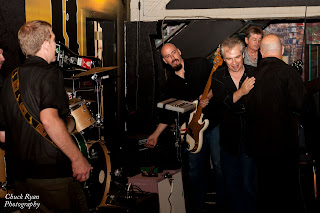 Chuck
Posted by CIIcanoe at 2:09 PM