First time on the Rum River this year... 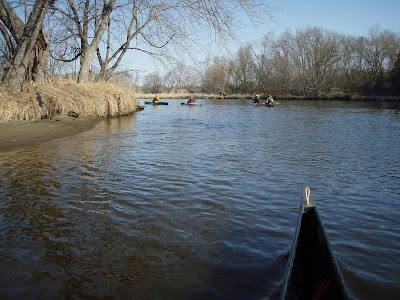 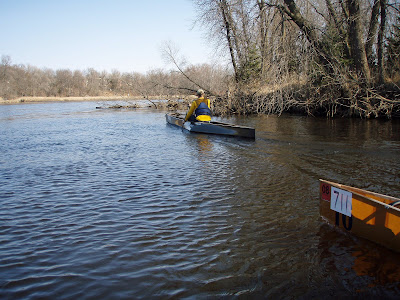 Sure felt like spring today at least after it warmed up from this morning.

I decided to go paddling on the Rum River today out of Anoka. I’ve been fighting the fast current on the Mississippi River and not feeling like I was getting anywhere when I’ve been paddling. It was time for a change.

I arrived at the parking lot at the Rum and there were several kids and adults with the Rice Creek Boat Club just about to head down to the river.

Dave Dahl and Doug Berg were heading out also.

I got on the water at 0912 am and headed up stream. The water level was down, but I was told it had dropped a couple feet in the last couple weeks. I caught up with Ann Manns and her daughter, Lilli, paddling in the stern. Joe Manns was in his C-1. 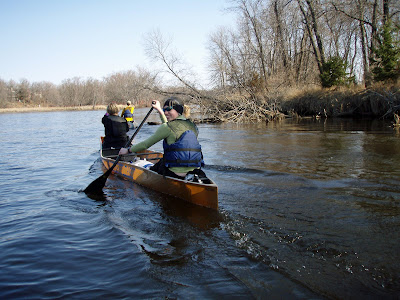 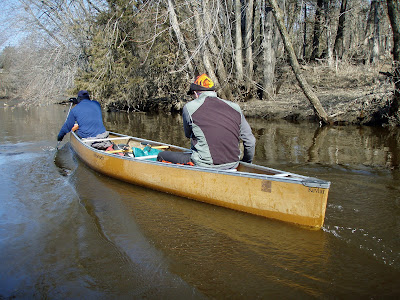 Next I caught up with Keith Canny and Tom Gardner. I paddled with them for a while before we met up with Kate Ellis and Todd Ellison before the sandbar. There were some paddlers taking a break at the sandbar when we went by. I believe the ones on the sandbar taking a break were Steve Yurista and Cheryl DuBois and Doug Berg and Dave Dahl. 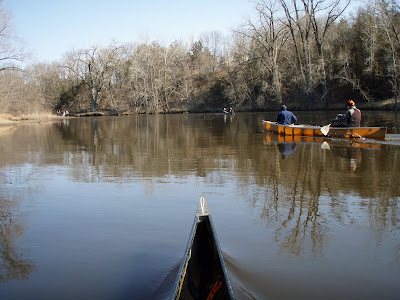 I continued on upstream with Kate & Todd and Tom & Keith. Kate told Keith to stand up and she told me to get my camera ready. When I saw those pants I told him he must get a lot whistles when he wears those pants.. Tom & Keith and Doug & Dave turned around about 20 minutes shy of the 7th Street Bridge. Kate, Todd and I continued on. It took me 2 hours and ten minutes to get to the bridge.

We came back downstream when we came across the Peterson family and others paddling upstream. Kate & Todd turned around with the group as I continued back by myself.

I finished my day with a total time of 3 hours and thirty-five minutes with the temperature at 54 degrees.

Cheryl DuBois walked over to me in the lot and we spoke for a while before I got my canoe on my Suburban. One of the things Cheryl told me was that it has been about 12 years since she had paddled on the Rum River. 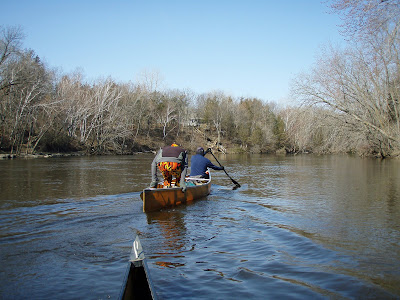 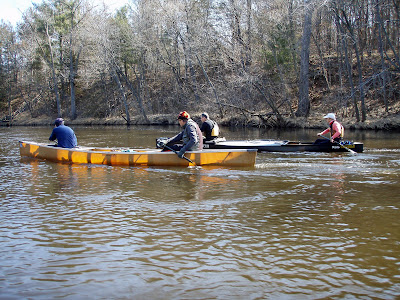 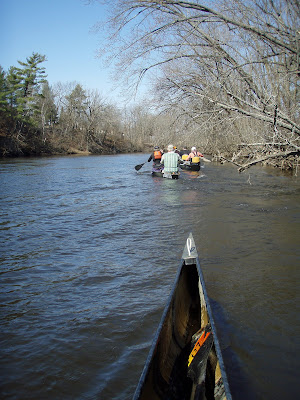 When I got home I got out my Mt. Bike and rode through Elm Creek Park for one hour and thirty-five minutes. 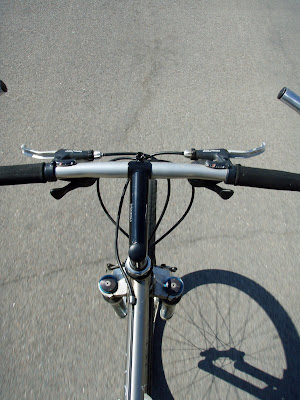 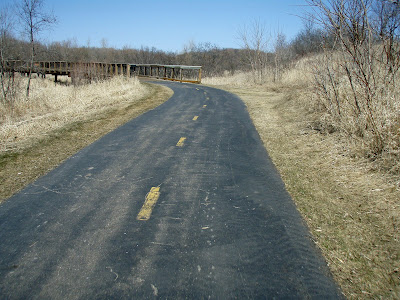 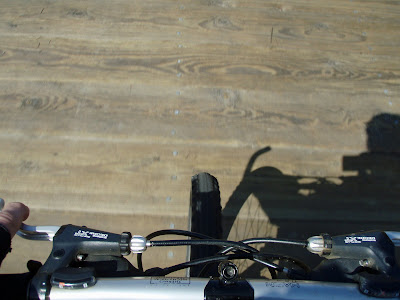 Chuck
Posted by CIIcanoe at 6:23 PM