On Saturday, 01-30-22, I went back out looking for the owls. When I got to the general area of the Great Horned Owl territory I was pretty sure that I saw Give a Hoot, the male, high up in an oak tree. I was still a good distance away. He was looking behind him, then flew away. Shortly, I saw what was coming up behind him that pushed him off his perch.

Since I haven’t seen Hoot yet, I went looking for her in a different direction from where Give a Hoot just flew. I walked her general area, but didn’t find her so I decided to go check the area where Give a Hoot flew to a little while ago.

It wasn’t long before I spotted Hoot up a tall aspen tree. This wasn’t one of her typical perches. I thought I must have mistakenly seen her fly away instead of Give a Hoot since I didn’t see him again. Although, Hoot was sleeping when I found her.

I got set up to take some photos of her and some video since I was a little further back.
Some crows flew overhead and Hoot woke up and did a contact Hoot. I’m still not sure why she does that, but I’ve started to notice that she’ll wake up and make a contact with some other noises as well.

When she made her first contact Hoot, I heard Give a Hoot call back. He had to be close by. I then spotted him about 15 to 20 yards away. So I was correct that I saw Give a Hoot earlier. I was able to get a shot of him in the distance while he was looking directly at me.

Hoot finally got up and turned around on the branch she was on to look at Give a Hoot while making some more calls to him. I took some video of this happening. She then turned back around on the branch and flew a short distance away onto one of the other perches I’ve photographed her the past two times I gone out.

She took a nap, did some preening, and did some more calls. The past two times I photographed her on this perch she has flown to the top of an old snag only 10 yards away from me. While I was watching her she stood up and started walking a few feet down the branch. I wasn’t sure what she was going to do, but I took a couple photos of her walking. She stopped and turned facing me. It was sure nice of her to give me a different angle for some more photos.

Again, she took a nap, did some preening and did a few more calls.  While she was sleeping I checked out the best place to move my tripod if she decided to fly to the top of the snag for the third time. There are several small distracting branches in my way, but I found a spot. I would only have to move my tripod a couple feet to my left.

Well, when it was time she flew to the top of the snag. This time she stayed there for several minutes.  After getting several shots from this angle I moved my tripod to get a couple more shots.

Once she flew off I packed up my gear and headed out. I saw her perched in another tree as I walked by her so we said our good-byes until the next time. 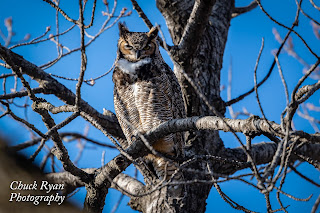 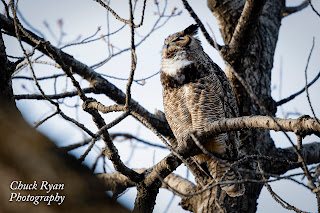 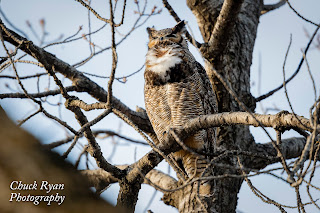 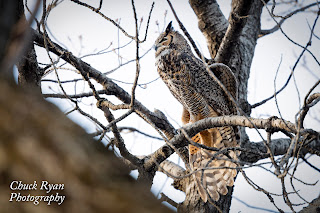 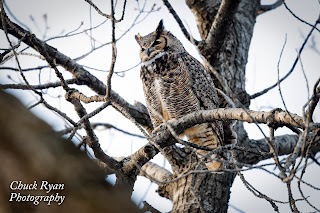 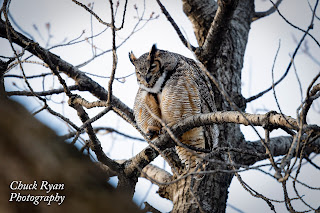 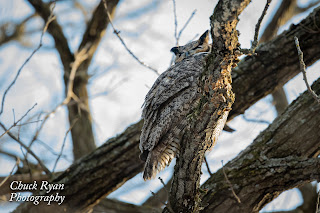 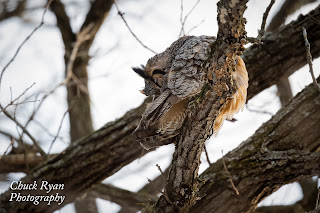 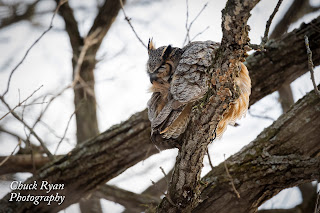 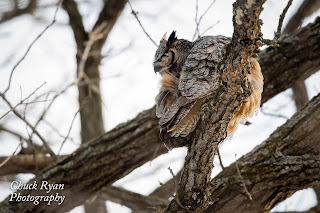 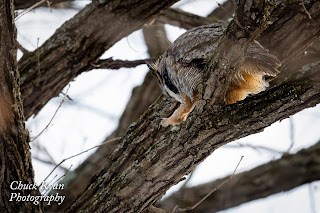 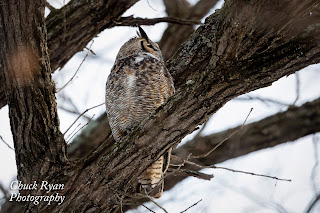 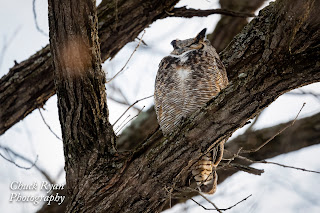 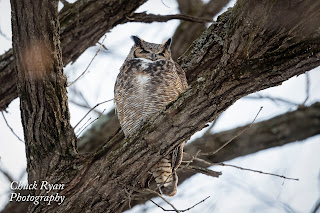 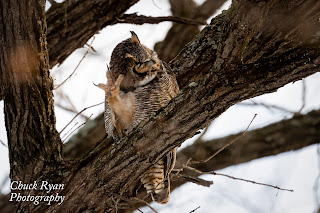 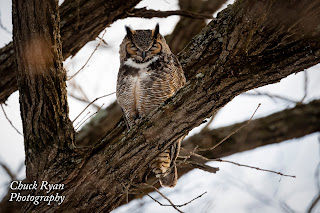 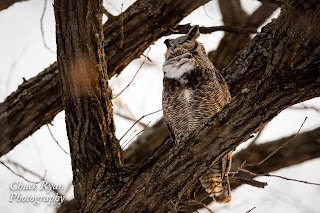 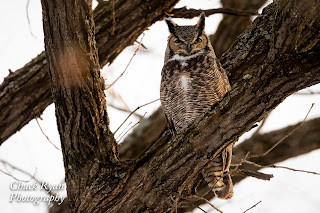 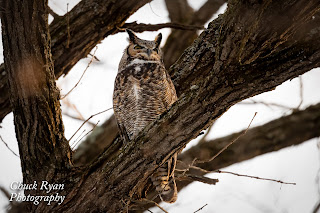 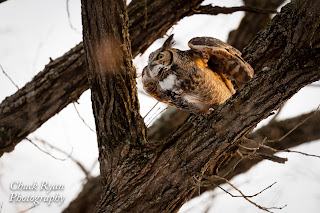 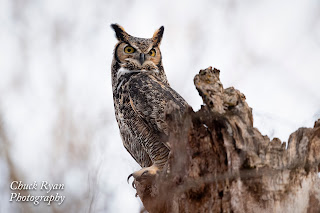 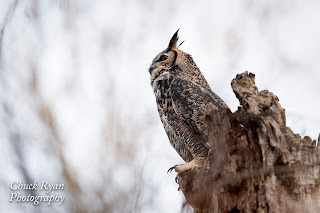 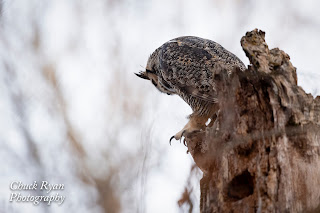 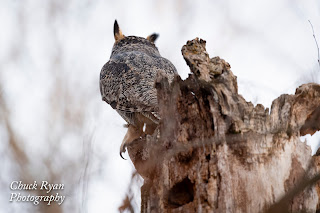 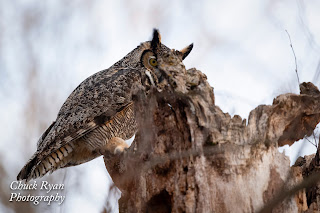 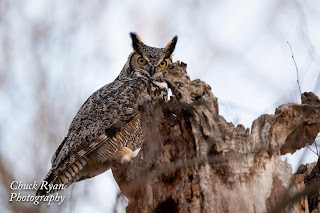 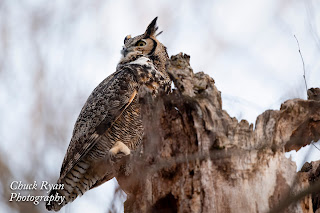 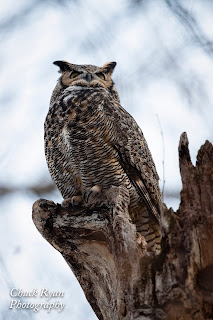