The male and female Northern Cardinal finally showed up to the feeder after a full day of flying by it... I was sitting by the sliding glass door listening to some other birds as the light was slowing slipping away. I was going to put away my camera and stop paying attention to the feeder at 1930 hrs, but I decided to give it a few more minutes... just like deer hunting. I was surprised to see the cardinals show up. I had to bump up my ISO more than I liked to keep a reasonable shutter speed, but it wasn't enough for what the birds had in mind. Although, I was able to get a couple action shots I certainly didn't completely stop the action. I also missed / slightly blurry image of the male flying up to his mate bringing her a seed. I captured them both after the male landed on the cross piece with the female with her mouth open to get the seed from the male (last photo). 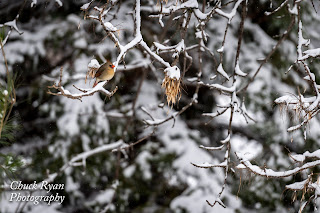 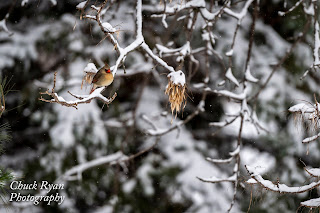 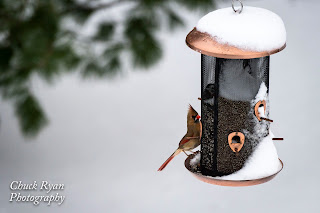 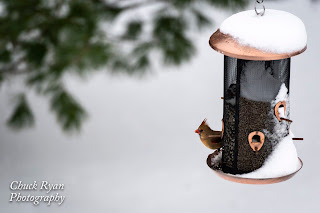 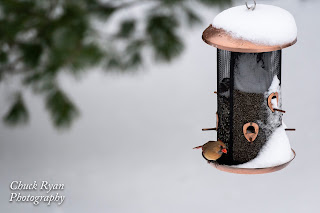 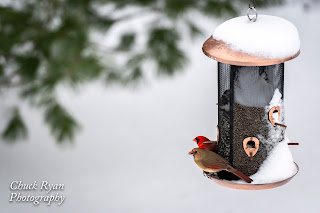 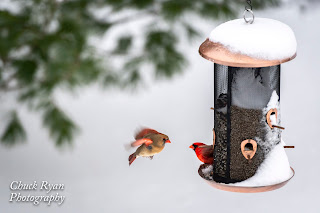 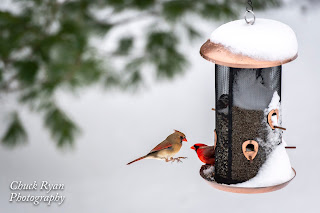 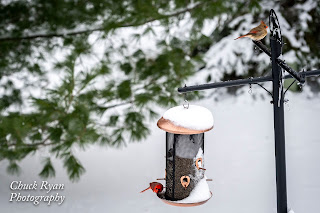 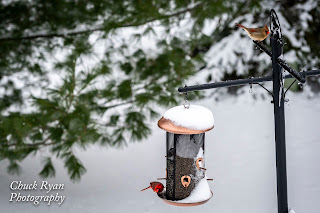 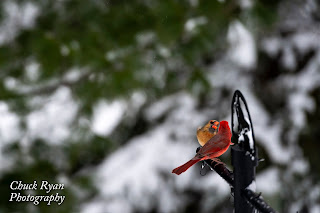 Chuck
Posted by CIIcanoe at 8:14 AM