On Friday, 08-31-12, I posted on Facebook in the morning that was thinking about going to the Stone Arch Bridge in Minneapolis to do a photo shoot at 5 pm that afternoon. Now all I needed was a model!

A short time later fellow photographer, Doug Juenemann, responded that he had already set up to do a shoot at the Stone Arch Bridge with Eden Alemayehu. I had about an hour left in my bike ride so I told Doug I would contact him when I got back home.

When I got back home I told Doug I would meet them at the Bridge.

I met both Doug and Eden in the parking lot. Doug was just going to shoot with his Nikon D800 and a speedlight. He was going to travel light.

I got out my Multicart R12 and filled it up with my Elinchrom Ranger, Elinchrom Quadras, maxilight, 39" deep Octa, light stands, Think Tank Airport Addicted camera bag, reflector/diffusor and I'm sure I had something else....just can't think of it right now. Oh, I left the tripod in the Suburban...

We started off shooting on top of the bridge and later made our way below it. We shot until about 8:15 pm. It was a very nice evening for a photo shoot.

I've already made arrangements with Brenna, another model, to go back to the Stone Arch Bridge this Saturday, 09-07-12. This time I will include the tripod for some longer exposures. Another photographer, Bill Houlton, will join us for this adventure. I say adventure because Eden was scaling walls for us to get some shots of her. In fact. I had to scale those same walls to set up my lights. Maybe I'll get Bill to do it this time :)

Below are some of the images of the shoot with Eden... 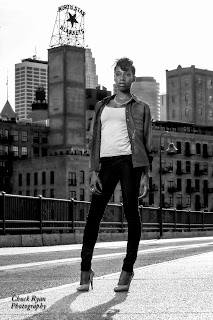 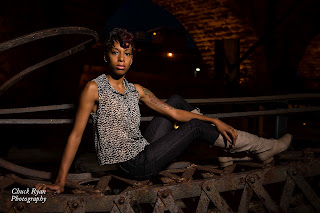 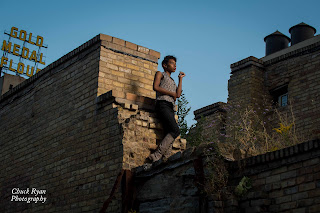 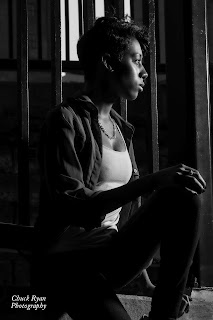 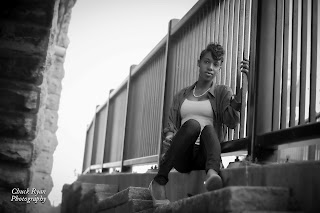 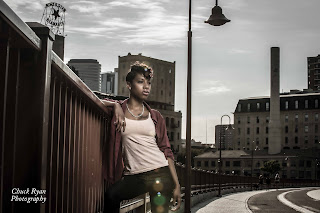 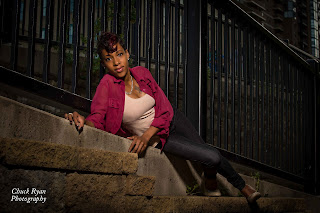