On Thursday, 12-23-10, Kim, Slick and I were looking for a place to go and listen to some music.
I found on place in St. Paul that was going to have a Blues Band, but when I called to verify I was told they cancelled. It was unknown if anyone else was going to play.
I checked Famous Dave's in Uptown and saw that Steeling Dan, a Steely Dan Tribute Band , was playing. Hey, I used to listen to Steely Dan a lot when I was in college as well as a lot of other music, but I liked Steely Dan.
Steeling Dan was billed as having 13 members. Well, something must be going on having that many members playing. I told Kim what I found and she checked with Slick. Slick decided not to come out and play. I arrived a little after 7 pm and grabbed a couple spots as close as I could get to the stage. The place was full and more people coming in. Kim wouldn't get there until 9 pm.
Once Kim arrived I got up and took some photos. As you can imagine 13 people packed up on stage it was tough to get any good shots. I ended up with some, but I didn't post any images of a few of the members. Overall it wasn't a place to photograph that many people on a smaller stage.
I was surprised to find the music delightful. Like I said it was a full house. There appeared to be many family/ friends of the band. People were dancing on the dance floor. Not much of a dance floor, but people were dancing!
During the first break about half the members went off to do whatever they wanted and the other half and another guy on keyboards came back up and played some Fleetwood Mac. I don't know if they have been playing publicly as Mac Attack but they played about three songs. They sounded pretty good!
Overall, it was a very enjoyable evening. I will go see these guys again. In fact, they announced that they will again be playing next year once a month on a Thursday at Famous Dave's. I believe this is or was their 6th year at Famous Dave's.
Steeling Dan 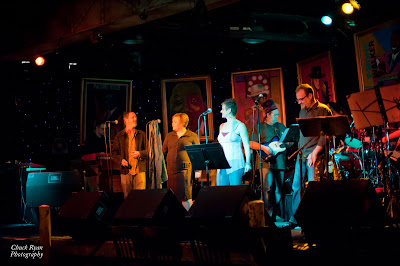 About half the members 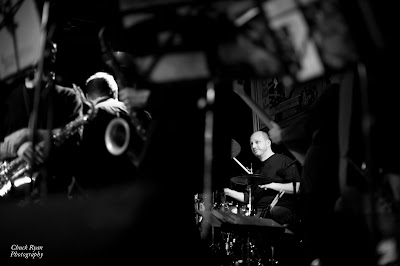 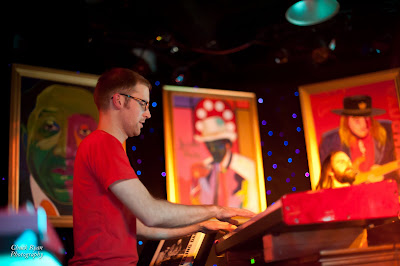 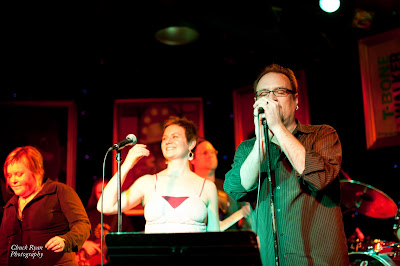 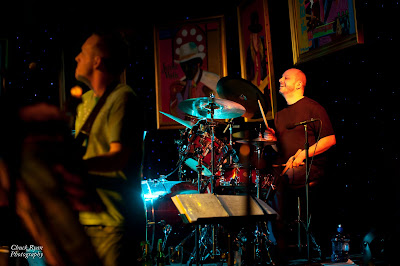 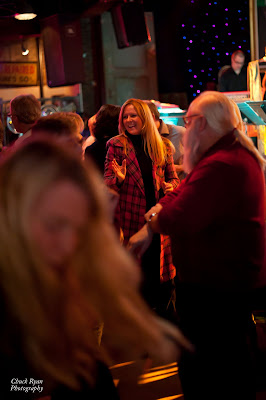 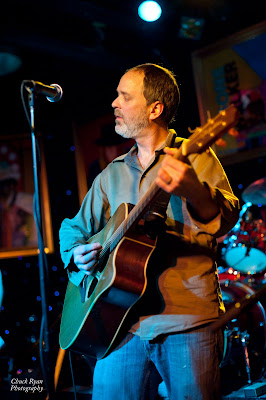 Chuck Famous Dave's is a fun little venue for music, but you are right...not much of a dance floor as my wife and I found out when Zed Leppelin played there a couple of months ago. Oh well, at least I didn't have to embarrass myself!

You should come out to Wilebski's to see some "blues" one night. Big dance floor...plenty of room to embarrass oneself...:)