On Sunday, 04-18-10, our Minnesota Strobist group met at the Jackson Street Roundhouse for our monthly shoot. We were there last year in April, also. Last year it rained so we spent most of the time shooting indoors. This year we had absolutely beautiful weather, so we were able to get outdoors.

There were only three models who showed, so the ratio of photographers to a model was too high. The models that did show were great!!

The group I was in shot mostly with Kurt. I don’t know if Kurt has a Model Mayhem or other website, but if I find out he does I’ll post it.

I was able to take a few shots of Tricia Anne in natural light and then a couple shots of Kurt and her together.

I posted these on the Flickr MN Strobist site. I had one comment asking what my post processing was on one of the photos I took of Kurt. This was my first attempt at it.

I had watched a Scott Kelby video a month or two ago on how he did it. I probably didn’t do every step, but then again I might have. I did everything in Adobe Lighroom, so it could be done with any camera raw. I basically went to the extremes with exposure, recovery, blacks, contrast, clarity, vibrance and saturation. Then made some final adjustments. 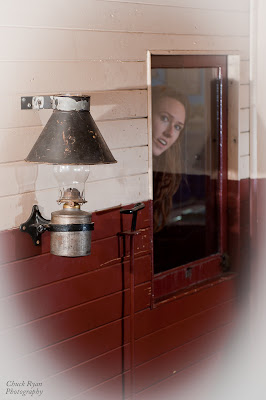 The photo above wasn't planned. I saw Nicole, the MUA, peeking in the window of the train car while we were setting up our lights. I started raising my camera to my eye, while her head was backing away from the window. Then her head came back in sight, so I snapped a quick photo. 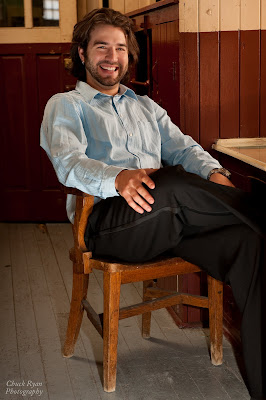 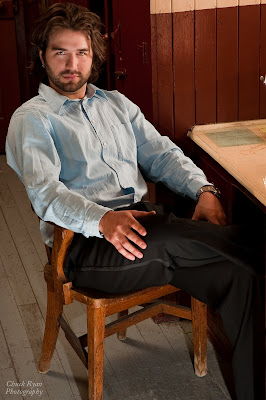 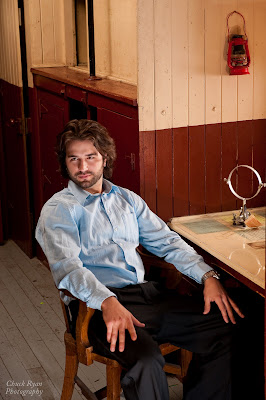 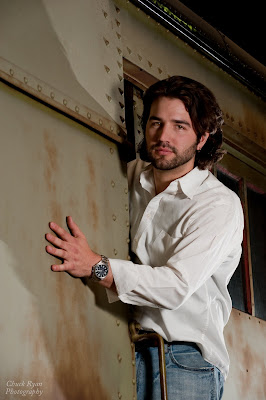 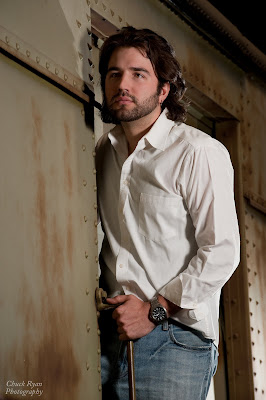 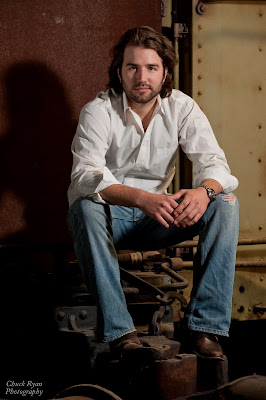 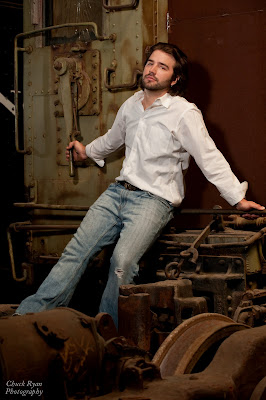 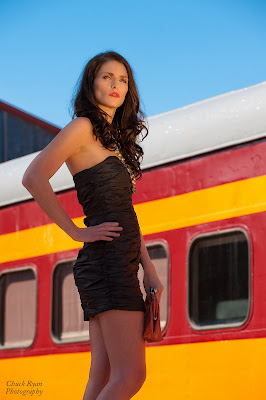 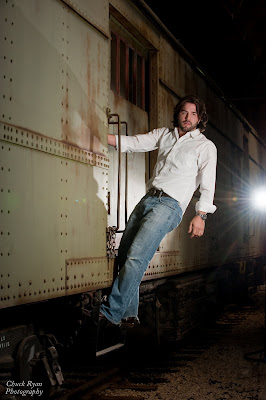 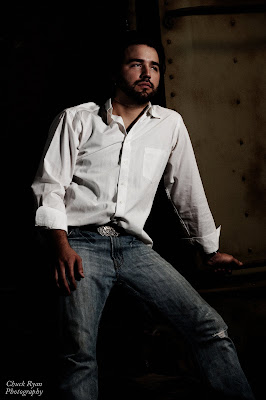 (above) This one was done in Photoshop CS4. (Also, experimental!!) I think I needed to start with a better photo. I will try it again later. 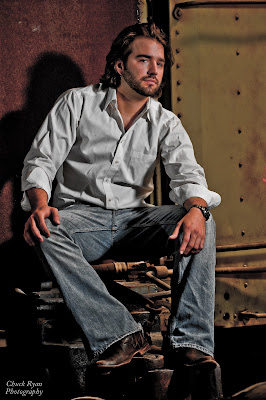 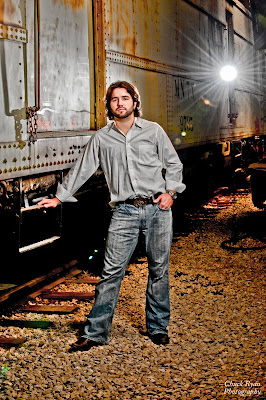 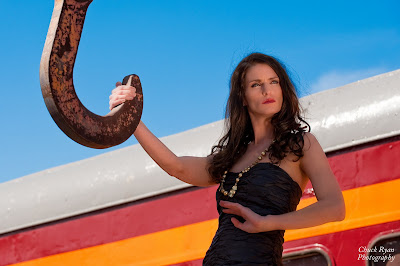 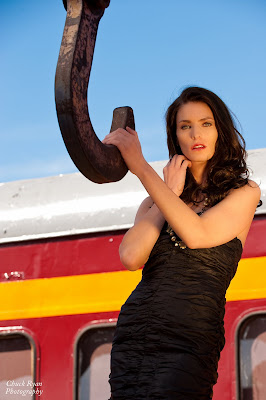 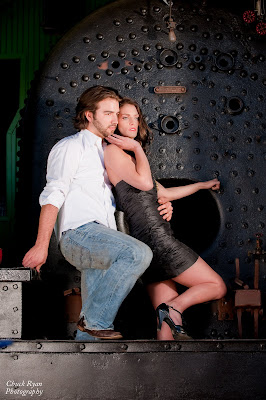 Chuck
Posted by CIIcanoe at 9:01 PM