On Sunday, 07-25-10, I decided to drive to Stillwater for the last day of the Lumberjack Days festival. I thought since I was going to drive over to Stillwater that I would go later in the afternoon and possibly take some photos of the Led-Zeppelin tribute band, Zed-Leppelin.
Friday night was the the Suburbs. I really never liked, in fact I never liked their music, so I wasn’t going to go see them.
I grew up, went to high school and college, in the 70‘s so I was more into rock/hard rock. I wasn’t much into the punk scene when it came out while I was in college.
Saturday night was the band Chicago. I’ve tried listening to their music in the past, but just never could enjoy it. I remember in the early 70‘s when I was in Michigan I remember Chicago had a new  album come out with, I think this song was on the album, 25 or 6 to 4 or something like that. I think this was the only song I was familiar with and since I was in my early teens I didn’t want to waste my money this album.
There was Jimi Hendrix, Deep Purple, Jethro Tull, Wet Willie, Black Oak Arkansas with Ruby Starr, Grand Funk Railroad, Led Zeppelin, Allman Bros Band, Cactus, Alice Cooper, Patti Smith, Neil Young, Frank Zappa, Steely Dan, Lamont Cranston, Hot Tuna, Willie Murphy & the Bumblebees and many more. Another performer I really liked was Shawn Phillips. I’m getting off on a tangent.
On Saturday I did a couple of the Scott Kelby Photowalks so I couldn’t go on Saturday if I wanted to. Well, I could, but didn’t want to!
So Sunday was the day to go if I was going to go. I used to live in Stillwater, but I haven’t been back to Lumberjacks Days since the early 80’s. When I lived in Stillwater the St. Croix Boom Company was the place to go and listen to bands. I saw Chameleon, Lamont Cranston and many others play there many times.
I haven’t listened to any Led Zeppelin songs in a long time and I’ve never seen Zed-Leppelin perform. I arrived in Stillwater around 3 pm and parked several blocks from downtown because of the parade route. I wasn’t interested in watching the parade, so I headed downtown. It seemed very subdued. It was Sunday and probably alot of peole were recovering from the previous nights.
I walked around and took a few photos, but I realized I arrived way too early. By 05:30 pm I was thinking of leaving. Zed-Leppelin was not supposed to go on until 0730 pm. I hung out around the stage while members of the group were getting the stage ready. I talked to a high school jazz member who told me they were supposed to go on at 6 pm and play for an hour and a half. I believe it was around 7pm or maybe a little bit before when they began to play. I stayed to listen and I decided to take some photos that I posted here.
Once they were done Zed-Leppelin started to play and the crowd got larger. Since I had a pretty good spot up near the front, but over to the right of the floating stage I decided not to move around and take different angled shots. I didn't want to loose my spot.Since I was not that close to the stage I wasn’t able to get any close-ups. I used my Nikon D700 with my f/ 2.8 70-200mm lens.
The crowd was getting into the music while I photographed away. If you liked Led Zeppelin music I would encourage you to check out Zed-Leppelin. Since I was right in front of the speakers I walked away with a hum in my head. Not too good!
I posted some photos of Zed-Leppelin here.
I also posted a few miscellaneous photos here. Not many, but if you're looking...
Zed Leppelin 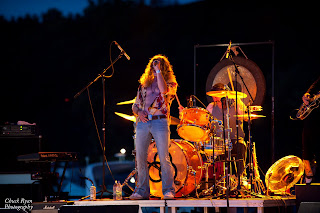 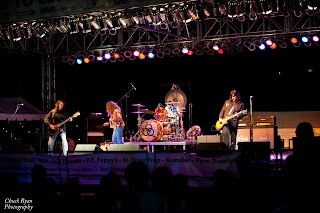 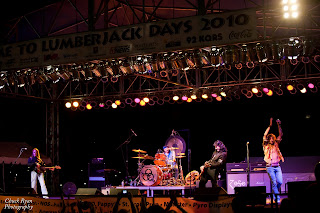 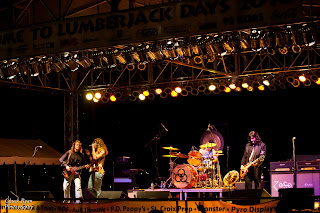 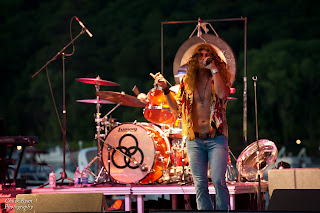 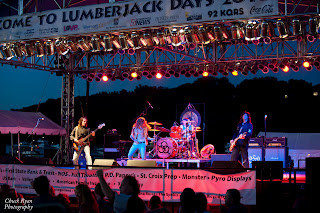 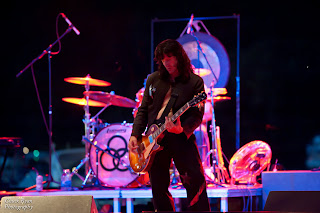 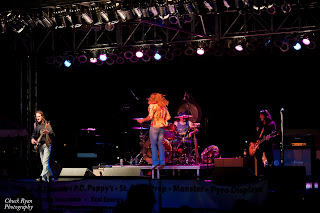 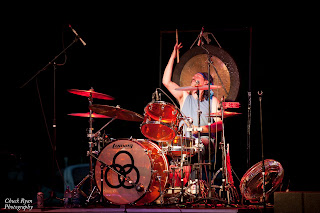 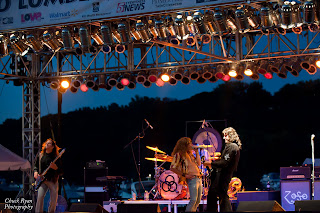 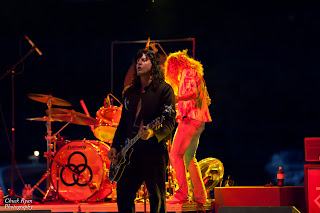 I believe the Mystery Girl was actually with the band! I tried a different post processing on the photos. I like the way they turned out.

Chuck
Posted by CIIcanoe at 8:32 PM