Getting packed and ready to go soon.... 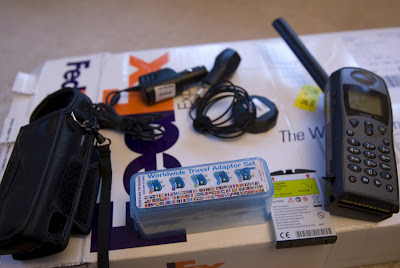 Well, this past week-end I spent putting my food together for my Woodland Caribou trip. This was in between going to get some things that I wasn’t going to buy. You know how it is going to the camera shop to buy three cleaning clothes and walk out with them and a new carbon fiber tripod. Oh, well…

Looks like I’ll be tugging my Pelican 1524 case along with my camera gear. The 1450 won’t cut it. I also needed to buy a Pelican 1150 for the Iridium Sat phone that I rented for this trip. I rented it from Mobal , and it arrived today a day earlier than the day I wanted it. I wanted it on June 9 in case there was a delay with FedEx for some reason. I leave for Grand Rapids after work on June 10th.

It really didn’t seem like I was getting any thing accomplished this week-end until I began packing my two Granite Gear packs. I bought these two packs in the mid 1990’s when they were made in Two Harbors, MN. It always seems like I’m packing to go somewhere.

Last week I received my two Granite Gear pack liners. I already had one from Ostrom’s. I won’t be hanging any packs from any trees. I’ve never tripped with barrels.

Well, there were other items I bought for this trip, but I’ll just mention them in my trip report when I write it.

Harlan of http://www.solotripping.com/community/ was supposed to come out of the park today after ten days, but I haven’t received an e-mail from him yet. This was the first time Harlan had been in the park. I’m interested in hearing what he thought about it. The temperatures have been colder than when I go in at least that is what the long range forecast says. I’m curious on how much rain he had. I spoke to someone in Thunder Bay today and they said it had been raining there all day. I know that’s a ways from Red Lake but the weather here in the Twin Cities haven’t been that great the last few days either.

I think I’m pretty much all packed I just need to do some odds and ends. I need to take off my racing canoe off my Suburban and replace it with my Prism. I’ll do that tomorrow.

Edit: After I got done posting I went and did some more arranging and it looks like I'll be taking my Pelican 1450 case and not the 1524.
Posted by CIIcanoe at 9:25 PM