CANOE, PADDLING, WILDERNESS and OTHER RELATED BOOKS and some not so Related……… 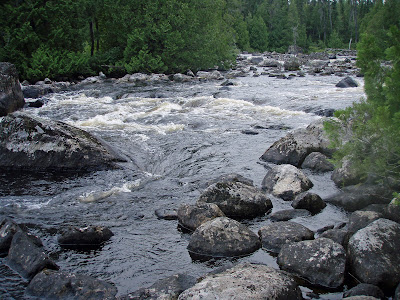 A while back I had posted on a website some of the books I had that pertained to paddling and since I updated it I thought I would post it here. These are most of the paddling books. I have many more books that aren't on this list ,but they'll have to wait another day.

There are a couple books that I read that I borrowed that I can recall off the top of my head.
The Land of Feast and Famine was an outstanding read by Helge Ingstad and the other one I remembering reading over 10 years ago or so was The Last Wilderness by Peter Browning.
The List:
The Bark Canoes and Skin Boats of North America by Edwin Tappan Adney and Howard I. Chapelle

Lob Trees in the Wilderness, The Human and Natural History of the Boundary Waters by Clifford & Isabel Ahlgren

How to Stay Alive in the Woods by Bradford Angier

By Water & Rail, A History of Lake County, Minnesota by Hugh E. Bishop

Narrative of the Artic Land Expedition to the mouth of the Great Fish River and along the Shores of the Artic Ocean in the years 1833, 1834, and 1835 by George Back

Idleness, Water, and a Canoe –Reflections on Paddling for Pleasure by Jamie Benidickson

Stories in Log and Stone , The Legacy of the New Deal in Minnesota State Parks by David R. Benson

A Paddler’s Guide to Quetico Provincial Park by Robert Beymer

Portage into the Past- by canoe along the Minnesota-Ontario Boundary Waters by J. Arnold Bolz

Carefree Canoeing in Florida , A Guide to Trails and Outfitters on Florida’s Scenic Waterways by Brooksie and John Bergen

Artic Journal by Bern Will Brown

Quetico and Beyound by Kevin Callan

The Florida Keys Environmental Story, A Panorama of the Environment, Culture and History of Monroe County,. Florida

Tales from JackPine Bob –Life in the Northwoods by Bob Cary

Voyage of a Summer Sun- Canoeing the Columbia River by Robin Cody
Black Spruce Journals- Tales of Canoe Tripping in the Maine Woods, the Boreal Spruce Forest of Northern Canada and the Barren Grounds by Stewart Coffin

Beyond the Paddle- A Canoeists’ Guide to Expedition Skills: Poling, Lining, Portaging and Maneuvering through Ice by Garrett Conover

Sleeping Island, A Journey to the edge of the Barrens by P. G. Downes

The Forest For The Trees , How Humans Shaped the North Woods by Jeff Forester

Magic on the Rocks, Canoe Country Pictographs by Michael Furtman

A Love Affair with the U. P. by Cully Gage

Building a strip Canoe by Gilpatrick

Lost in the Wild- Danger and Survival in the Northwoods by Cary J. Griffith

Canoeing and Kayaking-ACA- by Laurie Gullion

A Year in the Maine Woods by Bernd Heinrich

The Ocean Almanac by Robert Hendrickson

Canoeing North into the Great Unknown- A Record of River Travel: 1874 to 1974 by Bruce W. Hodgins and Gwyneth Hoyle

Tipis / Tepees / Teepees , History and Design of the Cloth Tipi by Linda A. HolleyPaddle-to-the-Sea by Holling Clancy Holling

The Years of the Forest by Helen Hoover

Paddlers Guide to the Sunshine State by Sandy Huff

Canoeing and Camping Beyond the Basics by Cliff Jacobson

The Canoe, A Living Tradition by John Jennings

Going Inside- A Couples’ Journey of Renewal into the North by Alan S. Kesselheim

Into The Wild by Jon Krakauer

One Incredible Journey by Clayton Klein and Verlen Kruger ( Record Breaking 7,000 mile canoe across Canada with Verlen and Clint Waddell in 1971 (I also have the video)

Challenge the Wilderness- The Legend of George Elson by Clayton Klein

Down from Basswood by Lynn Maria Laitala

Our Historic Boundary Waters from Lake Superior to Lake of the Woods by Duane R. Lund

The Indian Tipi, It’s History, Construction, and Use by Reginald & Gladys Laubin

When All Hell Breaks Loose by Cody Lundin

98.6 , The Art of Keeping Your Ass Alive by Cody Lundin

Canoeing the Churchill, A Practical Guide to the Historic Voyageur Highway by Greg Marchildon and Sid Robinson

Path of the Paddle by Bill Mason

Song of the Paddle by Bill Mason

I also have several videos by Bill Mason

Paddle Your Own Canoe by Gary and Joanie McGuffin

Where Rivers Run – A 6,000 mile Exploration of Canada by Canoe by Gary and Joanie McGuffin
True North by Elliott Merrick

Freshwater Saga- Memoirs of a Lifetime of Wilderness Canoeing in Canada by Eric W. Morse

The Voyaguer by Grace Lee Nute

A Wonderful Country, The Quetico-Superior Stories of Bill Magie by Dave Olesen

Reflection from the North Country by Sigurd F. Olson

Runes of the North by Siguard F. Olson

A Journal of a Mississippi River Canoe Adventure, It’s a Long Way for a Beignet by Jim and Carol Otremba

The North Shore, A Four Season Guide by Shawn Perich

All Things are Possible- The Verlen Kruger Story:100,000 Miles by Paddle by Phil Peterson, Sr.

The Lure of Faraway Places, Reflections on Wilderness and Solitude by Herb Pohl & edited by James Raffan

Betsy and Saganaga; One Life, One Lake by Betsy Powell

Rendezvous with the Wild The Boreal Forest by James Raffan

Paradise Below Zero by Calvin Rutstrum

Canoeing with the Cree by Eric Severeid

A History of Incredible Ely by John W. Somrock

Paddle the Amazon- The Ultimate 12,000 Mile Canoe Adventure by Don Starkell edited by Charles Wilkins
The Man Who Mapped the Arctic by Peter Steele

Crossing Antarctica –Signed by Will Steger on July 26, 1996 and Jon Bowermaster

Muskeg, Mosquitoes and Moose- It Just Doesn’t Get Better Than This by Joyce Allene Stone

The Florida Keys: A History of the Pioneers Volume 1 by John Viele

The Florida Keys: True Stories of the Perilous Straits Volume 2 by John Viele

The Florida Keys: The Wreckers Volume 3 by John Viele

The Streams and Rivers of Minnesota by Thomas F. Waters

Snow Caves for Fun and Survival by Ernest Wilkinson 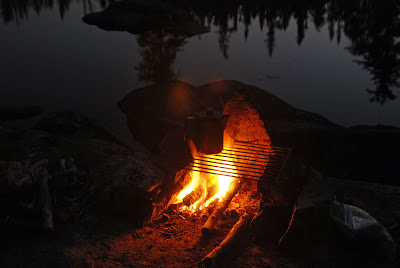 Logs Wind and Sun by Rex A. Ewing and LaVonne Ewing

Building with Logs by B. Allan Mackie

Notches of All Kinds, A book of timber joinery by B. Allan Mackie

Building with Stone by Charles McRaven

The Handbook of Canadian Log Building by F. Dan Milne

The Craft of Lof Building by Herman Phleps

U. S. Army Map Reading and Land Navigation Handbook by the Department of the Army

Map and Compass by Cliff Jacobson

Be Expert with Maps and Compass by Bjorn Kjellstrom

GPS Made Easy by Lawrence Letham


DEER HUNTING and OTHER HUNTING

Giant Whitetails –A Lifetime of Lessons by Mary & Terry Drury

The Book of Primitive Archery by Jay Massey

The Bowyers Craft by Jay Massey

For Bucks Only by North American Hunting Club

The Deer of North America by Leonard Rue

Everything I Know About Women, I Learned from my Tractor by Roger Welsch

From Tinkering to Torquing, A Bebinners Guide to Tractors & Tools by Roger Welsch

How to Rebuild and Restore Farm Tractor Engines by Spencer Yost