Back on the Rum River over the week-end!! 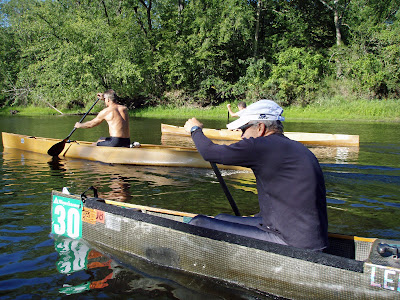 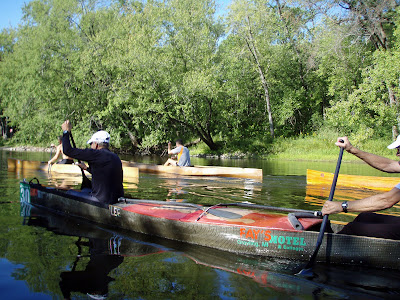 It had been over a month since I was in my C-2 racing canoe. Ed Arenz and I paddled with some of the other racers on the Rum River this past Saturday, 09-06-08. It was a beautiful day to paddle. The skies were sunny and blue. The above photos were taken on Saturday.
On Sunday, 09-07-08, Dave Dahl, Io Harberts, Ed Arenz and I were the only ones paddling on the Rum today as a group. We did see Steve Yurista and Natasha Canfield paddling by themselves. Most of the people who paddled yesterday were going to ride bikes this morning. Today's weather was the opposite of yesterday. Cooler temperatures, cloudy skies and we were caught in a brief cool rain. We paddled for 1:55 yesterday and today's paddle was 2 hours and five minutes. The two photos below were taken on Sunday.
This was the first time I've paddled on the Rum River since May or June. 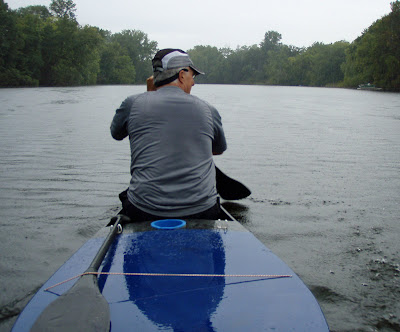 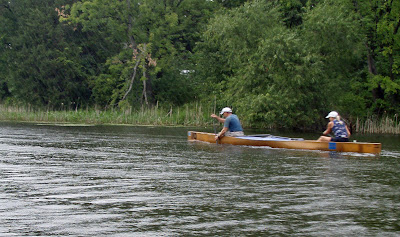 I've still been working on my Wabakimi narrative and I've been uploading some photos into my other blog that I took on the trip. I estimate there will be 200-300 photos once I'm done. I'm up to Day 9 of the narrative. I've basically have been typing my narrative directly from my journal. Once I'm done I think I'll have to shorten it.
Chuck Ryan
Posted by CIIcanoe at 3:31 PM