Monticello to Anoka on the Mississippi River with Kate 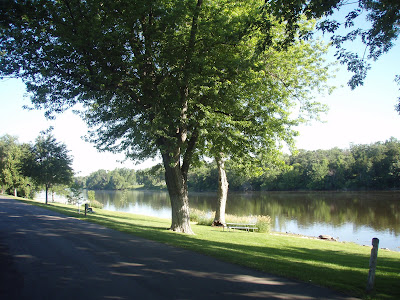 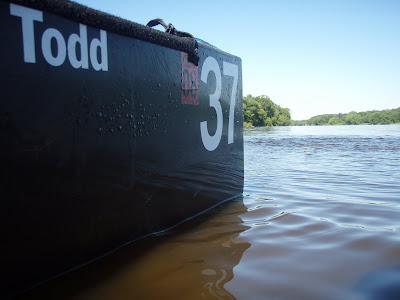 Kate and I made plans last Saturday to do a longer paddle of about 5 hours today. The forecast was for sunny skies and less wind than what it was on Saturday, but that’s not saying much because the winds were blowing 20 to 30 mph.

I called Kate Sunday night and we made plans to meet at Mississippi Point Park in Champlin. We would use Kate’s V1 so we would drive up to Monitcello at the city park where the Mississippi Classic used to start from in her car. I would leave my Suburban in Champlin. We knew the time it would take to paddle from Monticello to Anoka would be about 4 hours so we would have to paddle toward the Coon Rapids Dam to get in our 5 hours and if we went to the dam it would be a 6 hour day.

Kate likes to paddle different areas of different rivers or parts that she hasn’t done in a while. I do too, but if I’m in my C1 then I usually do what is convenient.

When I woke up this morning I was pleasantly surprise to see there wasn’t any wind. I turned on the weather show and it said the temps were 63 degrees and the winds were calm. The wind wasn’t supposed to start picking up until about 3 pm. It was going to be a very nice day to paddle down the Mississippi River. I haven’t paddled this stretch since 2003.

I wasn’t supposed to meet Kate until 8 am. I left my home around 0730 am and decided to stop and get gas. The park is only 5 minutes from my home. Kate was in the parking lot when I got there at 0745 am.

I put my paddling gear in her car and off we went to Monticello. We arrived at the park and prepared the canoe. Kate just got off crutches this past week and still has to be careful on her foot. There was a short rock wall just before the river that we had to negotiate, but after that it was all water to Anoka.

I forgot what time we started but I started my GPS. Shortly after we started we encountered some small standing waves in fact there were a couple sections but nothing serious. Prior to Marathon canoeing Kate used to whitewater canoe so she heads for the fastest water without hesitation. 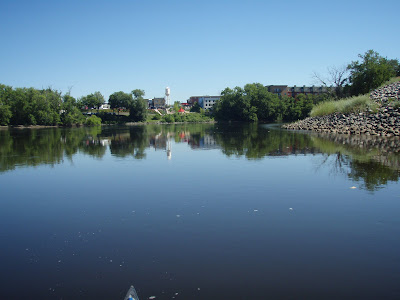 Before we knew it we were in Elk River around the two hour mark. Usually every time I come through this stretch of the river the wind is always a factor but not today, The river was still flat.

Before long we were at the confluence of the Crow River with the Mississippi River. Kate has never been on this stretch of the Crow River so we decided to see if we could get up it. The first half mile or so is very rocky and water is usually very shallow. I knew if we could get up this first stretch we should be able to get to the Hwy 101 Bridge. 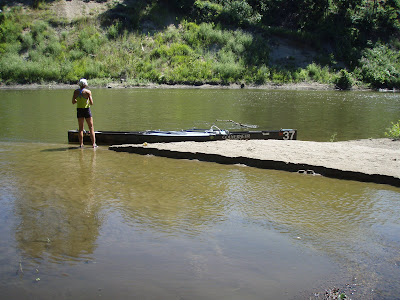 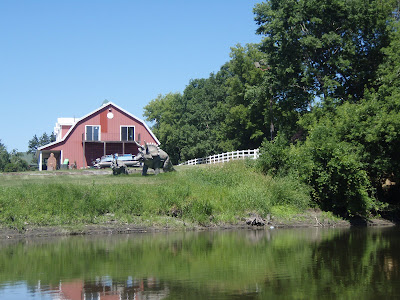 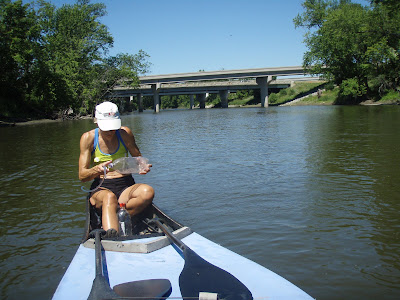 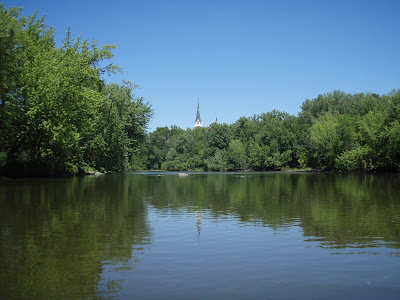 Kate and I made it up the first part of the river trying not to damage our LeVas paddles. Once we got past this section we only encountered a couple more shallow areas. There were a few more houses along the river since I was here in 2003. I’ve only paddle this part of the Crow River maybe 10 times because it’s usually very shallow. I also usually start in Anoka on the Mississippi when I’ve done the Crow River. We made it up to the Hwy 101 Bridge after about one hour. It would take us about 40 to 45 minutes coming back downstream. We did scrape the bottom of Kate’s canoe a couple times coming back down the river, but as Kate described it, not too bad! 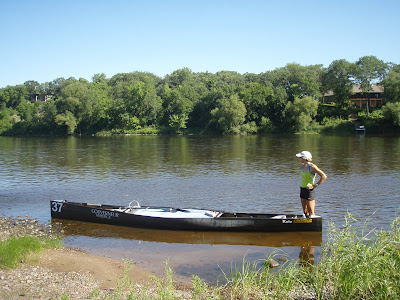 We were back on the Mississippi River heading back toward Anoka. We were both very happy to have taken the side trip up the Crow instead of having to paddle down to the Coon Rapids dam to get our time in.

Kate is thinking about going to the BWCA in about a month for a solo trip with her healing broken foot and all. I told her I would look my map when I got home for a possible route. I also told her about Robert Beymer’s books on the BWCA and Daniel Pauly’s BWCA guide.

Earlier this year Kate told me that she would like to lead an all ladies wilderness canoe trip on the Back River. Earlier I gave her a video of Robert Perkins, Into The Great Solitude. This was filmed by Robert Perkins when he paddle the 700 miles of the Back River in his solo canoe the “Loon” for 72 days.

Today, I loaned her my video, Never Before Never Again with Verlen Kruger and Clint Waddell. They paddled their canoe from Montreal to the Bering Sea. An 8,000 mile trip in 176 days.

Earlier I also mentioned to Kate that I’ve been thinking of doing the first 450 miles of the Mississippi River. Just a few weeks ago she asked me if she could join me. Today we discussed the possibility of doing it next June after the General Clinton Canoe Race in New York. We would do the Mississippi River in my Minnesota II.

We arrived at the landing at the Mississippi Point Park after 5 hours and eleven minutes of paddling. We stopped for about a total of ten minutes during the paddle. The GPS said we went 33.65 miles with a moving average of 6.5 mph.

The wind never became a factor today. When we were on the Crow I mentioned that it was getting warm, but on the Mississippi River there was a slight breeze that really felt good on the home stretch.

I had a very enjoyable paddle today. It sure is nice to find someone who will put in some hours in the canoe. Thank you, Kate!