When I went out looking for the owls I found the female pretty quickly. She blended in with the branches in the tree so she was difficult to see from a distance, but I knew it was her.
It took me some time to find the male. I watched him for some time while some crows were harassing him and while he was sleeping. There were two occasions where I thought he was going to expel a pellet, but he went back to sleep instead. A while later he started going through the motions a third time while trying to expel the pellet, but he looked like he was having some difficulty doing so.
Eventually after moving his head back and forth he finally expelled the first larger piece of the pellet. Now he was rapidly shaking his head back and forth many times before he was able to expel the smaller piece of the pellet horizontally. 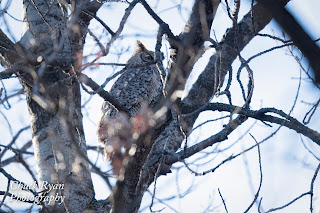 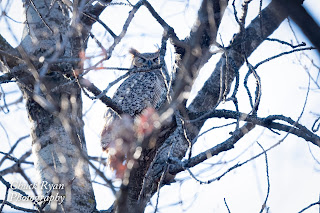 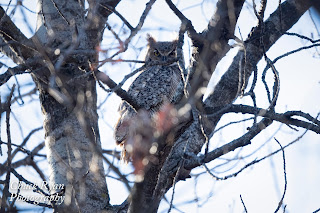 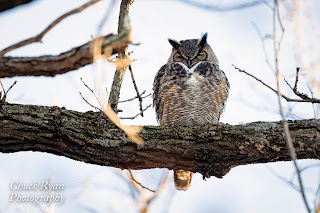 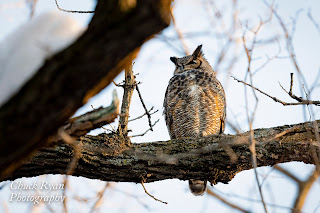 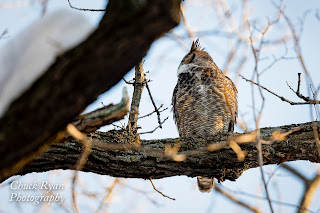 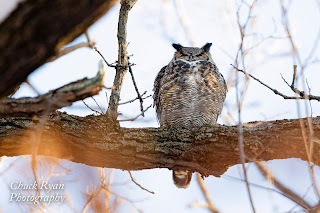 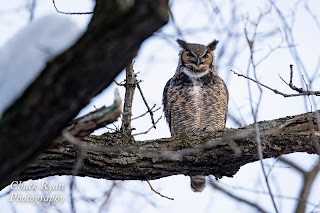 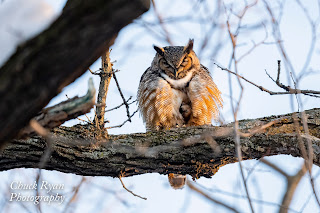 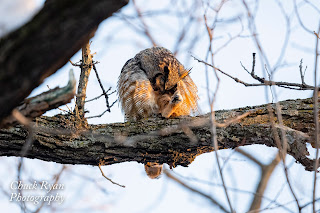 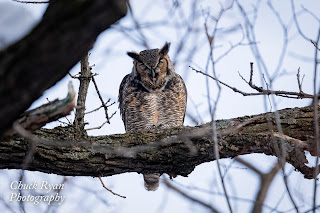 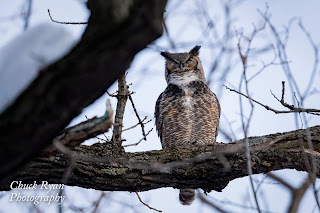 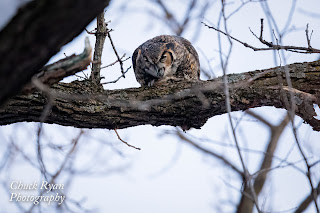 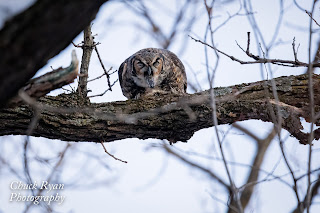 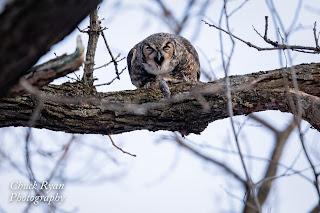 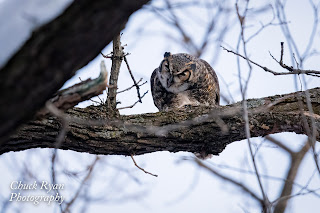 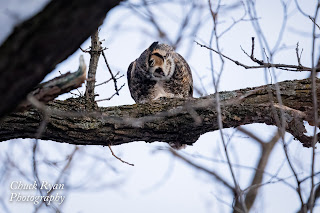 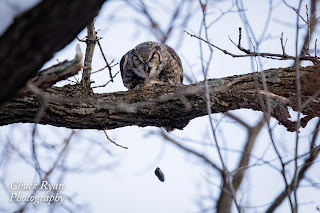 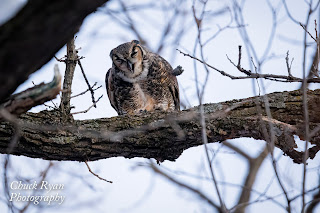 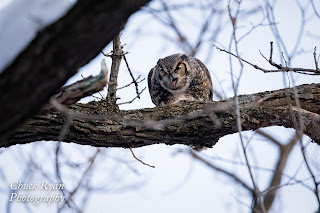