Keith Morical is attempting to set a Guinness World Record by riding his bicycle in the fastest time riding in all of the lower 48 states. This adventure is about 7,100 miles long.

You can follow along and track his progress at https://www.actualiz.org/events

On Monday, 06-29-20, I drove an hour and a half out west of the Twin Cities to cross paths with Keith and take a few photographs. I drove out near Greenleaf, MN and found a nice place to set-up. Then I checked his progress and saw that he changed course by turning south from the proposed route. I waited a bit to see which road he would take when he started riding back to the east.

I moved to a new location at Hwy. 7 and County Rd. 1 and set-up. I even had my GoPro along and decided to use it. I would definitely do something differently next time, since I hadn’t thought of doing any video. Now I just waited… got the chair out of the Suburban.

Keith and his support vehicle eventually came by and I got a few photos while Keith grabbed his phone and took a photo while riding on. 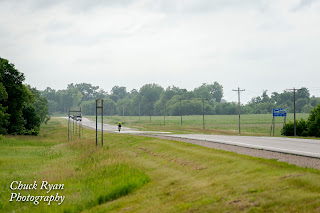 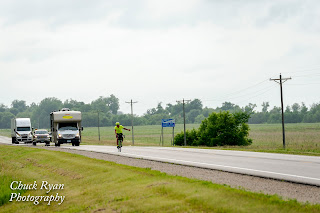 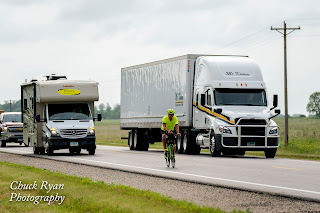 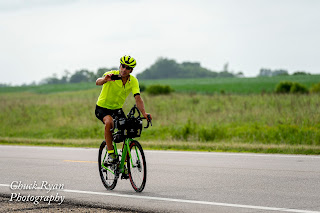 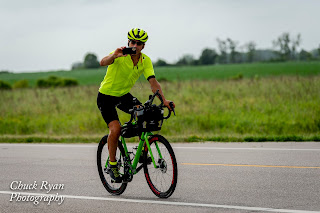 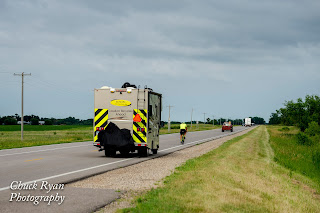 My next possible location to set up was in Hutchinson. I drove out and checked out the area. Once again I checked on Keith’s location and saw that it appeared that Keith had stop on the Luce Line Trail as he got into Hutchinson. I got out my chair after looking over the area.

I was just about to walk to where I wanted to get some photographs when Keith popped out from the trail. So instead of getting some nice photos of the front of Keith going up the incline all I got were a couple of him going away from me from a distance. 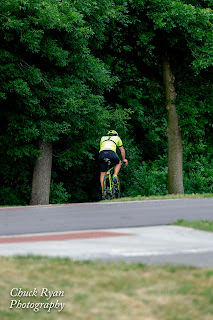 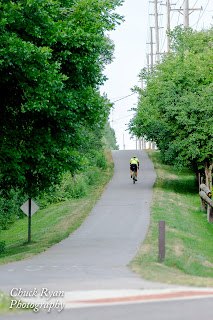 Well, since I missed that opportunity I decided to drive to Silver Lake to see if I could find a decent place to stop. I liked the location that I found and I had plenty of time to see Keith approaching. Finally Keith’s map was updated with his new location and it showed he was only about 3 miles from my location.

This time Keith briefly stopped and asked me who I was. I didn’t want to hold him up so we talked very briefly before he was on his way. 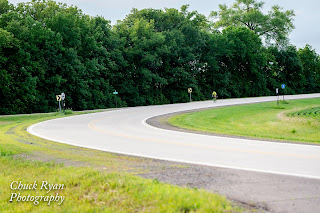 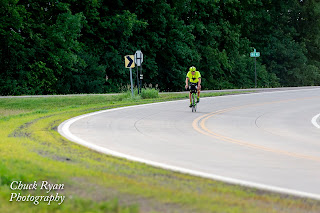 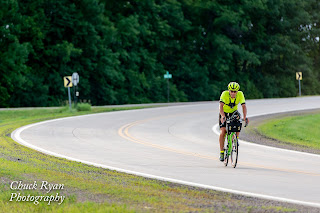 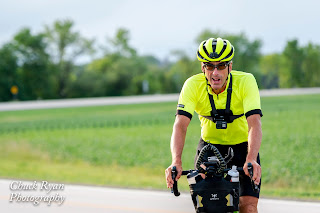 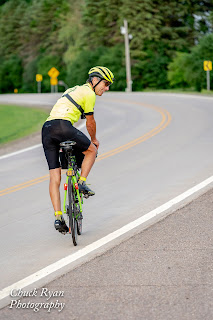 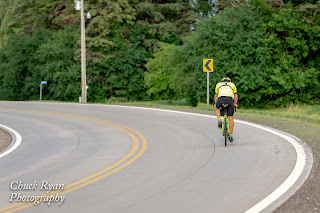 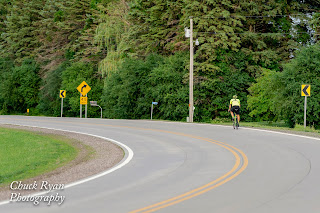 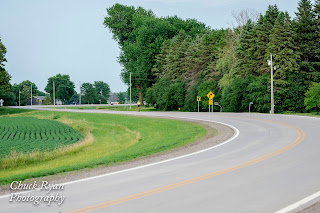 It was only a short distance to Lester Prairie where I would make my last stop before the lighting conditions would quickly disappear. 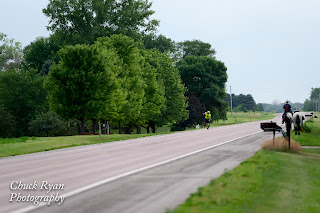 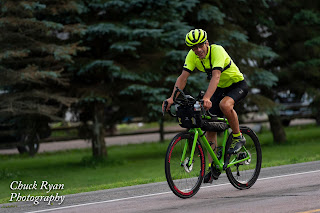 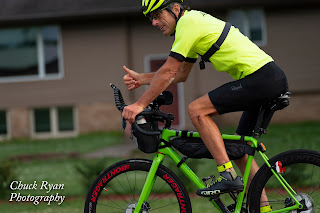 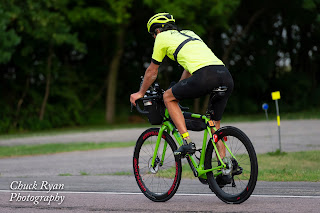 Keith Morical took second place riding across the county last year in the unsupported Trans American Bike Race and took 1st place in the North Star Bicycle. He had other biking accomplishments as well.
Posted by CIIcanoe at 10:58 AM