I went for a shorter fat bike ride this morning after last nights snow fall. It looked like we got about 5 inches. Most of the roads were already plowed which made for some easy riding. I rode some of the trails near my house, but there were some that hadn't been plowed, so I stuck to the roads.  The temperature dropped about 15 degrees and a strong NW wind developed while I was out riding. 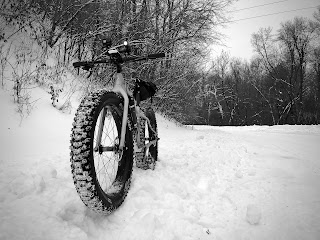 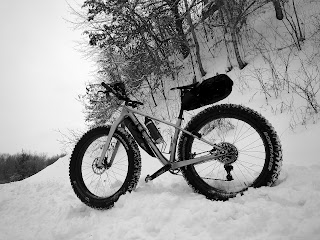 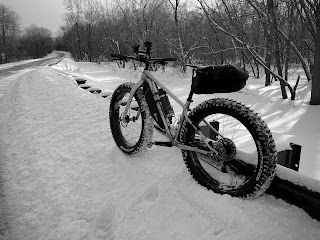 Later on in the afternoon I took my fat bike over to the Coon Rapids Dam on the Brooklyn Park, MN side to take a few pictures. Here are those images... 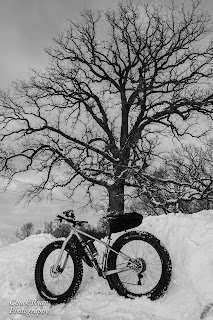 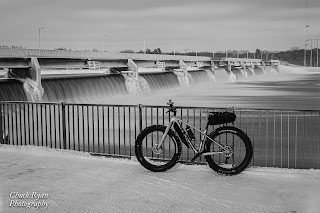 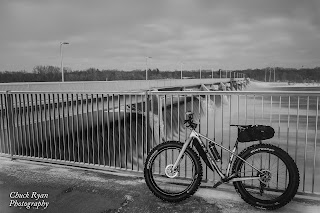 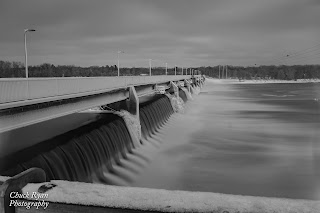 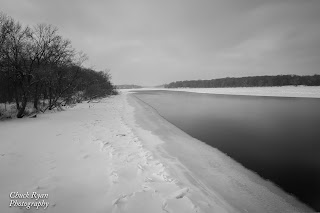 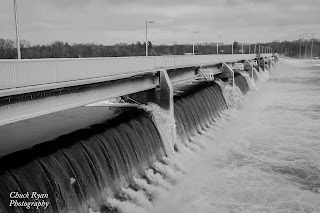 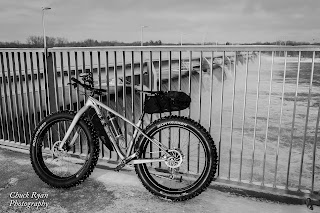