On Friday, 03-25-11, Andy, John, Tom and I of Second Street Photography Studios were doing a photo shoot with Faces Etc of MN which is a Professional Media Makeup Artistry Training School. There were 5 MUA’s that were toward the end of their training and one part of that training was to apply make-up for a photo shoot.

So the night before the photo shoot the four of us went down to the studio to set up some different stations with our lights with different backgrounds.That way we would be all set up to go early in the morning. We have 4,000 square feet in the studio so we are able to set up multiple stations without too much problems.

Andy set up his lights on the white vinyl background, John set up his lights in front of one of our metal doors, Tom set up two smaller light set-ups- one using our black wall and some black dividers and the other one with our three colorful doors.

I decided to set up some gray seamless paper using one of my Elinchrom RX600 lights with my 74” Elinchrom Octa as the main light. I used another RX600 light with a 8.25 reflector on the gray paper. I also used a v-card (white foam core) as fill. I like the gray color as it doesn’t distract from the model.

On Friday morning, John and Andy, were already at the studio when I arrived shortly before 07:30 am. Tom arrived a little later.

Melissa planned to have each of us assigned to one MUA and one model. Since there was a 5th MUA and model we would all share taking their photos. Melissa hoped to have all the models photographed in all the stations with the different backgrounds.

Debra Carlson, owner of the school, as well as Melissa Martin, instructor, arrived before the MUA’s. Melissa has been to the studio many times, but this was the first time for Debra. Debra was given a tour of the studio and seemed happy with our set-ups.

Once again I took some “Behind the Scenes” shots of the ladies getting ready. It was crowded in our make-up room, but I was able to get everyone in the different shots.

The models were going to have two different make-up and hair looks. I started off shooting Brenna Mulhollam on the gray seamless paper since she was the model that Chantel Remick was assigned to work with. After shooting with Brenna on the gray paper I forgot where we went next. Things started moving very quickly between shooting bays. When we moved to another one of the shooting bays we had to grab someone else’s trigger for their lights. We used three different trigger systems for our different lights..cyberSync’s, pocket wizards and skyports.

After the first four models got their photos taken with everyone then it was Jennifer Adriene Burks, our 5th models turn.

During the time when the models were getting their second look with hair and make-up we made a few changes in the light set-ups. Once the models came out it was time for another furious round of shooting.

The last shots of the day were some groups shots, then it all came to an end.

What a wonderful day of shooting and the chance to meet everyone. All the models and MUA’s appeared to have a great time. It appears that both Debra and Melissa were very happy with the way the day turned out, also.

The following were paired together. 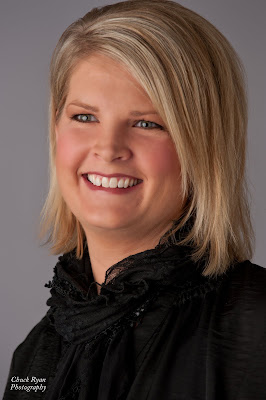 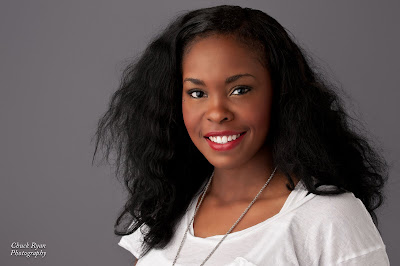 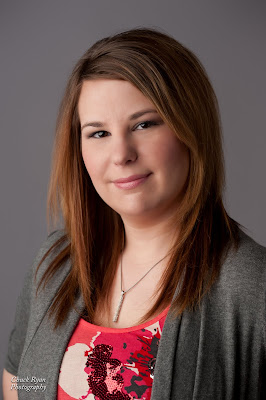 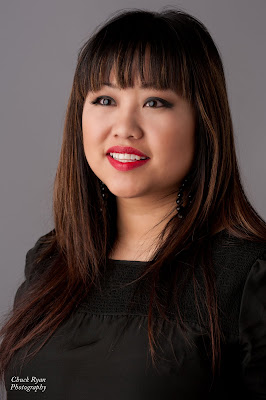 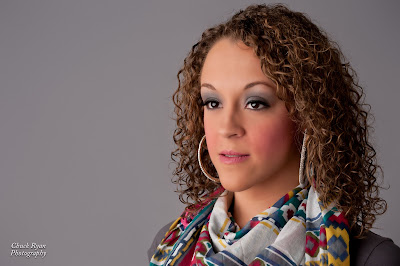 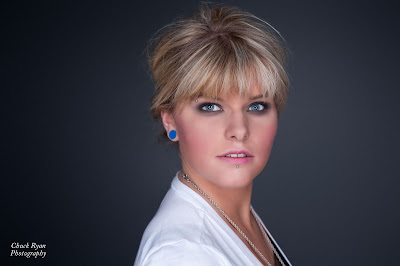 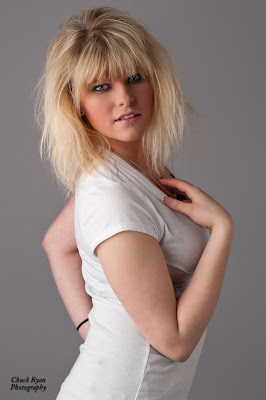 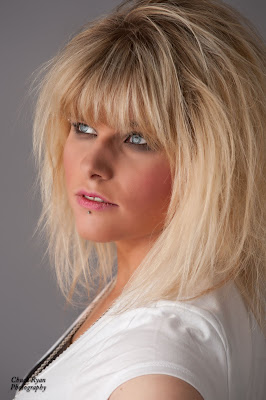 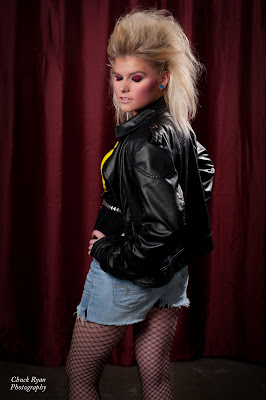 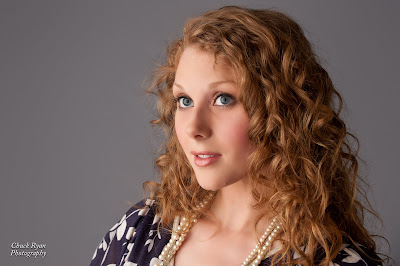 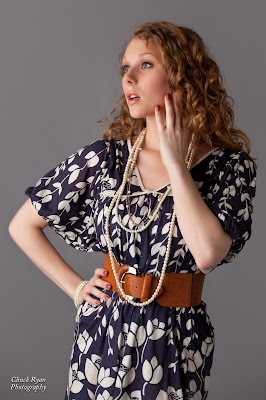 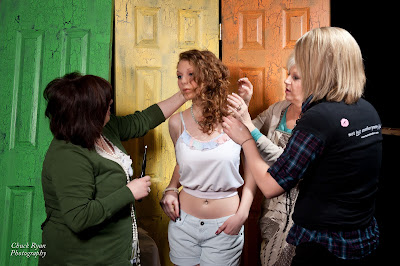 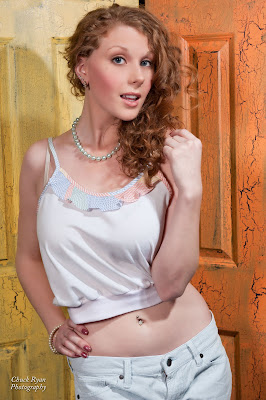 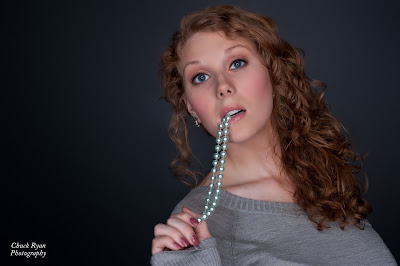 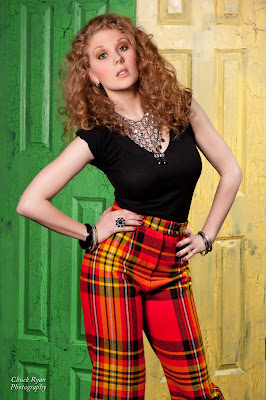 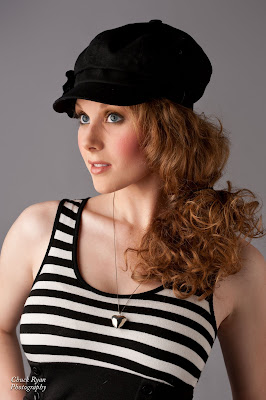 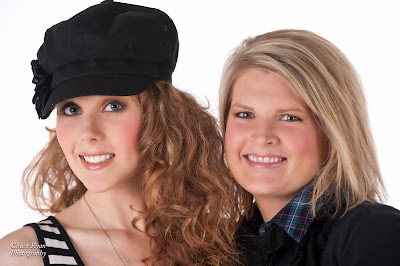 Brenna and Chantel (Model and MUA) 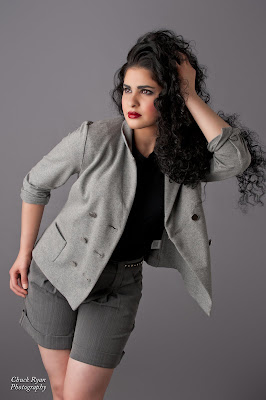 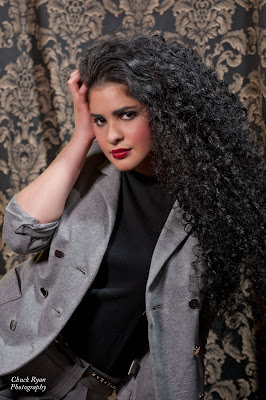 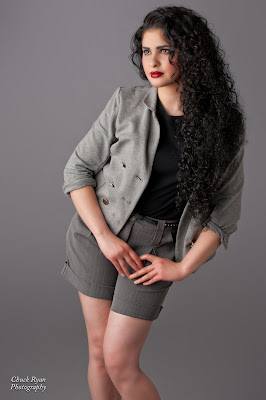 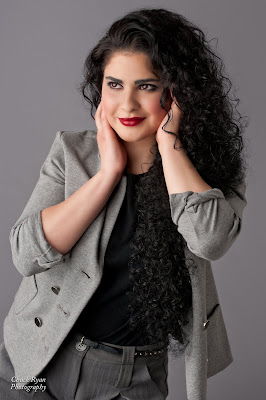 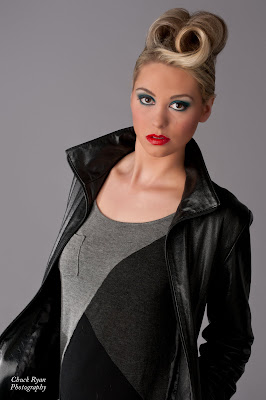 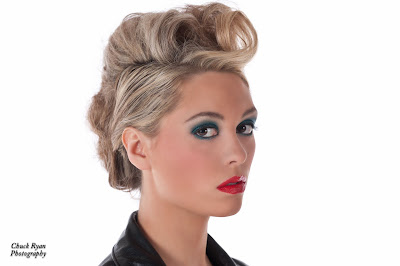 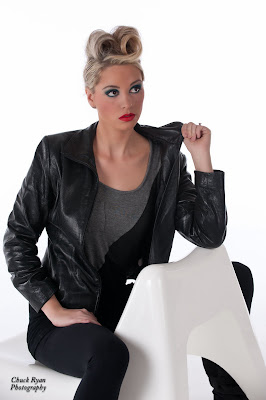 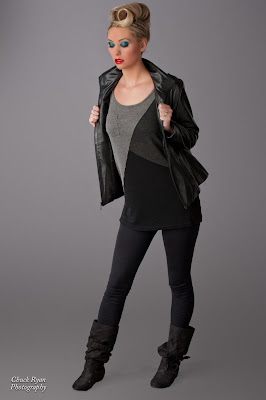 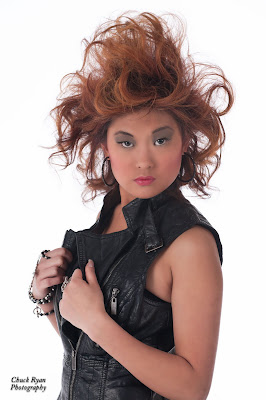 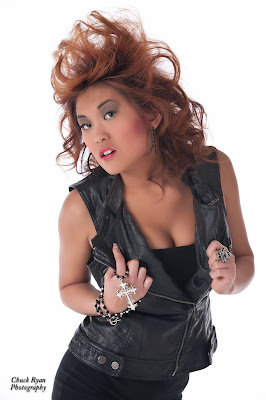 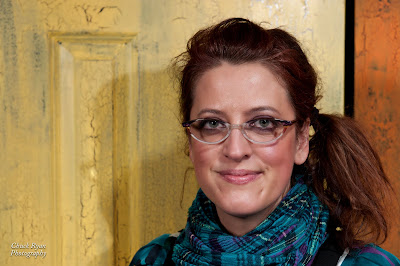