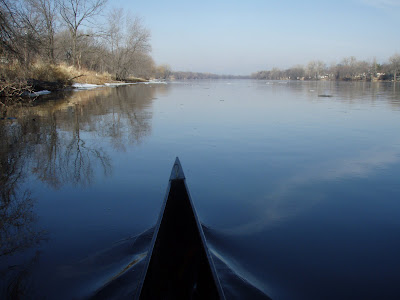 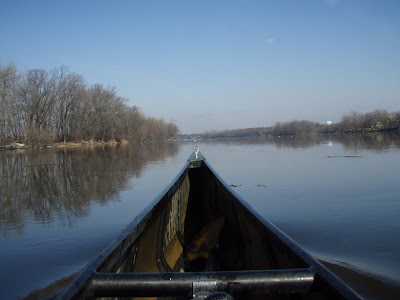 One of the first things I did today was go to the Health Club. I did one hour on the LifeFitness Cross Trainer before going to the river to paddle.

As I began paddling upstream from the landing I saw a C-2 coming from the Rum River area by the park on the Anoka side of the river. The canoe continued across over to me. It was Al and Jeff DuBois. They said the rest of the group was going to meet up in 45 minutes. We exchanged pleasantries, then they went down stream and I continued up.

Yesterday I decided not to paddle because all of the ice flowing downstream. The water level is on the rise. Today there was ice coming downstream but it wouldn’t be a problem to maneuver around.

The air temperature was a little cool when I got on the water but after paddling a bit it wasn’t bad and it did warm up about 10 degrees.

I paddle up the “horse farm’ and it took me 1:55 to get up there. I paddled away from shore in the faster moving water. On the way back it only took me 45 minutes for a total of a two hour and forty minute paddling day.

Next it was to check out the paved trails on Elm Creek. Last week I cut my bike ride short because there was still too much snow on the trails. Today they were much better. There were a only few spots that still had snow on the them. It shouldn’t be too much longer before it’s all gone. Today’s bike ride lasted one hour and forty-five minutes.

Afterwards I decided to go to the bike shop to buy a new bicycle floor pump. I went to Erik’s Bike Shop in Maple Grove. I saw Bob there and said hi to him. Then it was over to Starbuck’s to pick up three pounds of Guatemala coffee plus a large cup to go. 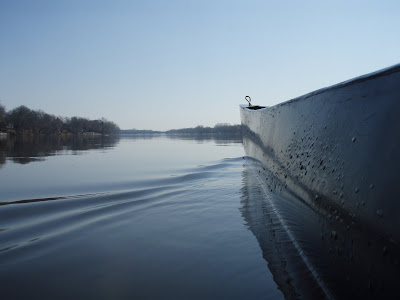 On my way back home I decided I would get my camera gear and drive over to Stillwater to do some night photography. I used to live in Stillwater years ago and since I haven’t been there in a while I decided to go.

I got to Stillwater around 07:30 pm. I parked down by the St. Croix River. I was surprised that there was still ice on the river. I say I’m surprised because the Mississippi River has been open for some time. While I was taking some photos down by the river two ladies came by with their boyfriend’s and asked me to take a photo of them. They were down from Duluth celebrating one of the girls birthday.

I took a few photos of them even thought I wasn’t prepared to do so. Since I didn’t have my speedlights with me I had to use my on camera flash. Oh, well…. 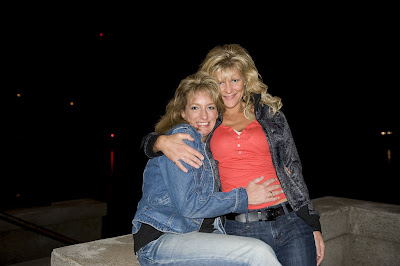 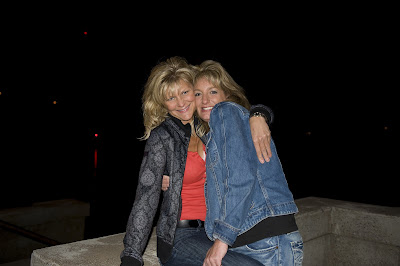 Today, was a windy day. The forecast was saying the wind was supposed to pick up even nmore later in the day. I decide to just head to the river and get my paddle in. I was at the river at 0853 am. The water had risen even more over since yesterday. There was more ice and other debris flowing downstream. I needed to meander a little more today. The temperature was 42 degrees today at the start but with the strong wind it felt much cooler. Today it took me 5 minutes longer to paddle the same distance as yesterday. (2:45). So far I have a total of 10 hours and fifty-five minutes of paddling.

I paddled back up to the “horse farm” and back. I didn’t see anyone else on the river today.

I’ll post some of my night photography shots from last week-end and yesterday later on. 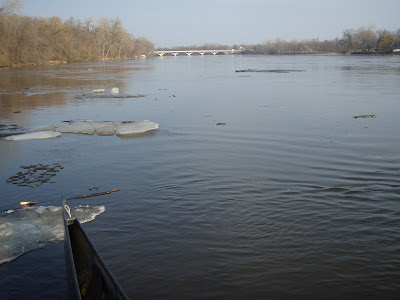 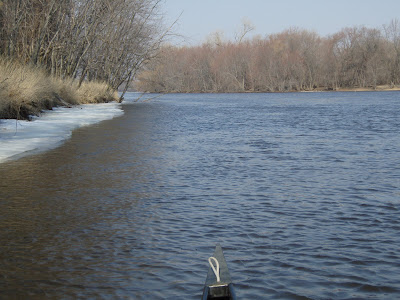